I wrote recently how giving wonderful experiences were of more value to my children than a big plastic toy.

I have noticed that on these experiences that other people seem to be obsessed with their giant cameras, video cameras and taking their tablets to record every moment. Yeah sure it’s nice to document the experience but to what extent? The extent of missing out on the here and now, being so caught up in documenting it that you forget that you are actually a part of it there and then.

Don’t get me wrong, I love to document things, as a former fine art student I did it all the time. Recently I created a collage of photos from half term for my daughters nursery book which meant she was able to show her teachers and friends what she had been up to. However I didn’t let this documenting take up too much of precious playing time! I once sat filming an entire school performance on behalf of someone else, was in the front row. I was so involved in filming it that I missed the whole thing. I couldn’t even tell you what the performance was about.

I have seen people at theme parks filming entire rides, taking photos every few minutes to immediately upload to Facebook almost to “prove” they are there. I was surprised to see people walking round with iPads! I wouldn’t dream of taking my iPad to a theme park! What about enjoying the moment? being in the place that you have paid lots of money to be in? Put away the iPad and get in the place!

This brings me to mobile phones. Many of us own a smartphone and many of us (myself included) use their smartphone as their primary camera. However, when you are at a festival the battery on your smartphone isn’t going to last more than a day, you can pay to charge it at one of the stalls or some large festivals have phone network sponsored charging tents but really I can’t be bothered to either wait around in a tent missing out on the stuff I paid good money to see or queue up for hours to charge my phone for a fiver! I refuse to be a slave to my phone.

Also I really don’t fancy taking my high end smartphone to a festival where it is likely to become lost or stolen. however I do think having a phone is a good idea at a festival especially if you have children and they go out of your sight and become lost then you can be easily contacted. Also arranging meet ups with friends and folk you have chatted with on festival forums are made easier this way. Why not dig out an old phone or buy one for a few pounds and pop a PAYG sim in, have any calls diverted from your original number while at the festival and give that number out to friends to text? at least then the battery will last longer than a day. 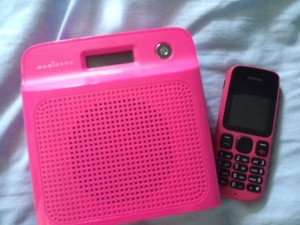