One of my most unexpected 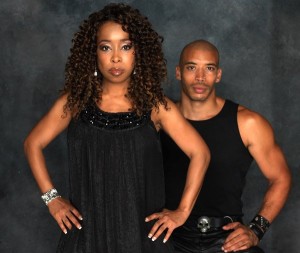 festival highlights of the summer performance-wise was Snap! at Penn Festival.

Now I must admit, when I saw Snap! on the line-up I laughed… or rather snorted with a sort of superior derision at a cheesy 90’s band dragged back from the dead.  I never liked them the first time round (except maybe once when I was vey vey drunk in a Swiss nightclub…) let alone now, when surely my musical tastes are even more honed and mature?

Snap! were due to perform an evening slot, before headliners Dodgy (a band I was actually looking forward to so I could reminisce about my surf chick days hanging out at my favourite beaches: Croyde, Saunton Sands and Putsborough).  But in an apparently cruel twist of fate, Snap! got held up at the airport, Dodgy were quickly shuffled into the early slot, performing a fitting and flawless upbeat set, and amusing us all with their anecdotes and witty dialogue while the sun went down, leaving everyone in a mellow mood.  Yup, life felt pretty sweet – only sand between my toes and the sound of breaking waves could have made the moment more complete.

We hung around chatting, not even caring now if the new ‘headliners’ would even show up.  We’d already had the very entertaining Doctor and the Medics, the insanely beautiful Pearl and the Puppets, some great acoustic sets in the beer tent and some good local bands – then of course Dodgy.  But BAM!  Out came Snap with a fantastic bolt of energy that surprised us all.  They opened with “The Power” which made me wonder where they could possibly go from there if they start with their biggest hit?  But WOW these guys were slick… and jeez, what was happening to me??  I was singing along!!  How the hell did I know ALL the words to Snap songs?!!!

Until now the Penn Festival crowd had felt relaxed and perhaps even a little sparce at times, but less than 2 songs in and Snap had built them up into an absolute frenzied throbbing mass – everyone losing themselves in the energy of the moment, as if suddenly everything that was good about the 90’s came flooding back in the thumping beats…

It wasn’t just the reminiscers enjoying it either, the kids were all discovering it for the first time and to my surprise were totally caught up in the moment too.  Snap have been doing their thang for years and it showed.  They were so professional, so rehearsed, so tight and connected with the crowd so very easily – I was stunned.  I really had not given them due credit.

At one point during the set, singer Penny Ford invited all the kids in the audience up on stage with the band.  I wished I’d had my camera with me – it would have made a great photo, this massive line of little kids with the leather-clad dance act and all their parents snapping away catching the moment for their albums.  Moments like these are memories in the making.

And gosh, when they played “Rhythm is a Dancer”… the crowd just erupted…!  Yup, gotta say… I was blown away:  an awesome performance… and at such a tiny little festival too.  I was SO not expecting that!

Full of new-found respect and admiration, I caught up with Penny after the show to ask her about how she felt about performing to a mix of generations, and about getting all the kids up on stage.  Sadly after several sherbets my notes were little more than an illegible scrawl but I think the gist of our chat went a little like this:

“I love performing at festivals where there are kids because they get to see their parents having a great time.  Their parents were just kids themselves when they first knew our songs, but now they have kids of their own and they too can enjoy our music – it’s something to share, it’s a common ground.

The kids wanna have a good time too and I feel honoured to be able to facilitate that.  I love having all the little babies up there, they can really share in the moment… I don’t have kids of my own, no time for all that, but God I love them!”

Well, there was a lot of love out there for you too, Penny.  I have rarely seen such an engaged crowd.  Every single person in the field was dancing that night… and I have been breaking out into a spontaneous chorus of “I’ve got The Power” ever since! 🙂

One thought on “Who’s got The Power?”