*** It appears OneFest is no longer running. If you know anything about this festival, please let us know! ***

OneFest is the first festival of the season, it’s a magical one-day event in the heart of Wiltshire. Set in an ancient area steeped in folklore, crop circles and heritage.

Last year’s inaugural event (under its previous name Honeyfest) hosted a line-up of high calibre artists such as festival darling Laura Marling, Damien Rice and The Magic Numbers.  This year’s line up looks just as exciting…

OneFest 2012 will be headlined by none other than Britpop legend DAMON ALBARN!! Damon Albarn will perform songs and music from Dr Dee – created by Albarn and Rufus Norris. Albarn will be joined onstage by several musicians and singers from the original production including Madou Diabate.  The music of  Dr Dee features modern and Renaissance sounds, West African rhythm and the vocals of Damon Albarn. It charts the fall from grace of one of the most charismatic ﬁgures of the Elizabethan age, from inﬂuential courtier, polymath mathematician, astrologer and spy to his death in poverty, disgrace and isolation. Dry the River, Raghu Dixit Project, Nick Harper, Cut-a-Shine and Kidnap Alice have also been confirmed. OneFest are excited to announce a new waves of acts set to perform at this year’s festival; for the second year running the BBC will continue to support the event. The Tumuli Stage in Association with BBC Introducing will be hosting Gabrielle Aplin, Gaz Brookﬁled, Crash & The Bandicoots, Young Blood and Old Colours.  Joining them will be the regional Battle Of The Band winners Maria Byrne and The Gallant Tailors. [Maria Byrne is a particular favourite of mine, ever since I discovered her gorgeous voice on the soundtrack to the Penn Festival video… (Romany, Festival Kidz founder)] Full list of acts (in alphabetical order): – Gaz Brookﬁled – Old Colours – Crash & The Bandicoots – Damon Albarn – Dry The River – Gabrielle Aplin – The Gallant Tailors – Kidnap Alice – Maria Byrne – Nick Harper – Rae Morris – Raghu Dixit (featuring members of Bellowhead) – Young Blood

Launching with a strong reputation in the first year, a BBC documentary broadcast about the making of Honeyfest & it has close links with the community after coming into fruition to rejuvenate village life as part of the BBC and National Lottery’s Village SOS project. The 2012 event will see the renamed OneFest flourish on a new site, supporting local artists and bringing a Spring-time celebration like no other. Thinking Local is a big part of OneFest. Local music talent is supported with the ‘Battle of the Bands’ competition winners being given their chance on the big stage, in conjunction with BBC Introducing. Locally produced food and drink, sold alongside other items and services from local suppliers, is central to the ethos of the festival. Local volunteers make up a percentage of the festival staff. 2012 will maintain the theme of Village SOS, along with the continued association with the Barge Inn Community Project.

Is there any camping?

Unfortunately this year there is no camping on the festival site, HOWEVER, the Barge Inn has a campsite and they are also running a shuttle bus to and from the festival. This alongside what will probably be the best afterparty in Wiltshire must be a definite choice for all campers but I would book early to avoid disappointment (there are also a lot of other great campsites in the vicinity).

‘Plenty of pubs play host to live bands, but none can have boasted a better line-up than the Barge Inn during Honeyfest’ – The Sunday Times ‘This charming ‘super-fete’ turns out to be an ideal gateway into the festival season proper’ – Clash Magazine ‘A frankly fantastic festival’ – The Fly Magazine  ‘There’s a new contender for the UK’s loveliest small festival’ – For Folks Sake  ‘A very early start to the festival season. But when the surroundings, bands, weather and beer are this good… who would dare complain?’ – Muso’s Guide  ‘Life here is good’ – Green Wedge 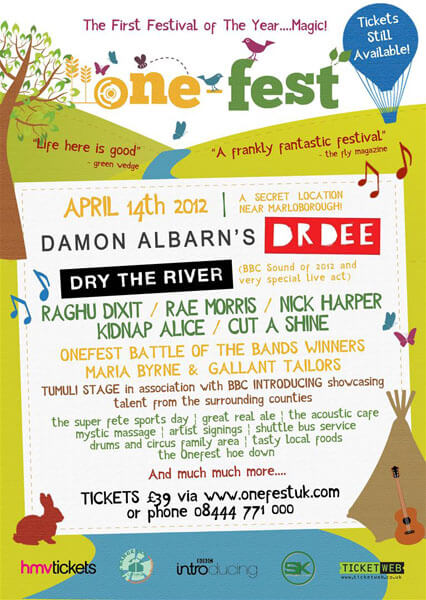