Funk the Family is now in it’s second year but this was our first visit. It’s a 1 day festival held in Hove Park in glorious Brighton and Hove.

It has a capacity of 3000 and sold out early. Probably because the organisers Funk the Format (a popular radio show on Radio Reverb 97.2fm) great reputation and a successful first year. My kids and I were looking forward to hanging out in the sunshine and finding out what it had to offer. And yes, we got lucky with the weather! 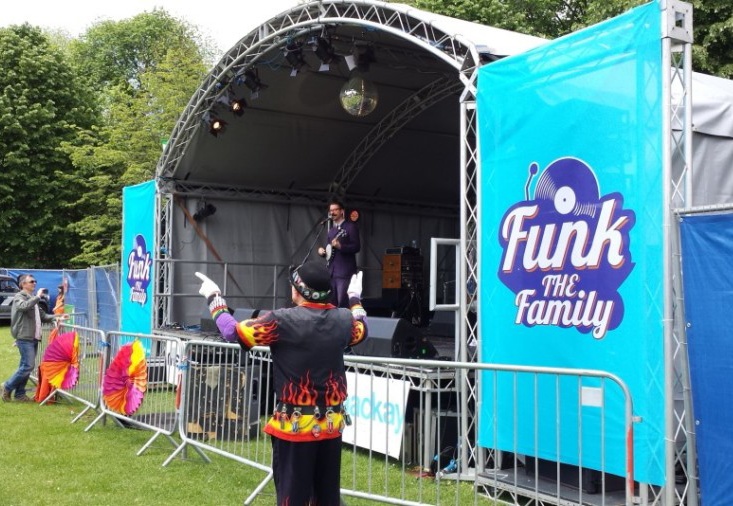 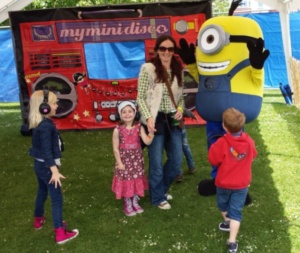 At £50 for a family ticket (2 adults, 2 kids) its not the cheapest day out but the music line up was good if funk/soul is your thing. Omar, Nubiyan Twist, Euphony and The Gentleman Rhymer played amongst others and the sound quality was excellent on the main stage.

The second music venue hosted some really good DJ’s in the Club Tropicana DJ bar, including Russ Dewbury and the Brighton institution of ‘Stick it On’. There was also a silent disco by ‘My Mini Disco’ where kids could get funky with a huge Minion character (£1 for the headphones).

Also for free was Cirque Du Funk, who did a show on the hour every hour and a Circus Project where kids could sign up to have a go on the trapeze and do hula hooping. It was fully booked really early so worth heading there first. The kids we saw doing it looked like they were having great fun.

There was also a selection of performances from local kids’ dance groups and classes as well as stilt walkers, magicians a brilliant bubble blowers. 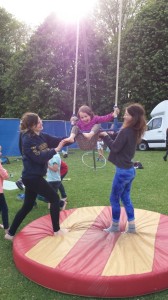 There’s an array of local companies promoting their businesses including nurseries, classes and shops. Plenty of shopping opportunities if that’s your thing, but also a few things the kids could take part in for free.

Craft sessions, preschool sessions, clay free play and pottery painting were a few we saw, with the chance for kids to decorate ceramic plates, get fired and collect at a later date which I thought was excellent.

We did notice a sports area was tucked away from the music that seemed to run organised activities like football and multisport. My kids are not very sporty so we didn’t venture far here.

Face painting was on offer, with average waiting times and not over priced like so many other events.

Generally the feeling was very safe so kids could wander freely while parents enjoyed good music.

Now, as for the paid stuff the main bar was frankly a let down. This is only a day event running from 11am till 8pm. We arrived at 2pm and the bar had sold out of ale. Ale is a thing these days yeah??

The bar management must have known the festival was sold out to 3000 guests. But they seriously under estimated the drinking capacity of Brighton parents. By 4pm the lager all went as well!

The bar wasn’t overpriced for a festival but when they started selling cans of Kronenbourg for £4 each, we were not impressed. Especially as you had to queue for ages for get one!

The food was pretty good with a reasonable selection. I had a really ace plate of Caribbean jerk chicken and rice and peas for £7. The usual Sussex festival food outlets were there, including The Twisted Chip whose novelty potatoes on a stick are ever popular with kids.

They were plenty of stalls selling stuff, mostly quite expensive. At times I felt like £50 was a lot to pay to then get pestered by kids constantly with all the extra temptation inside.

A great day out

Overall it felt safe and well planned, the organisers can’t be blamed for the bar. It had a happy atmosphere and good facilities, the loos were clean and plentiful.

Considering the security frisked you for alcohol and food on the way in (baby food and kids snacks allowed), better planning is needed for stock and queue management. Us Brighton parents are a thirsty bunch! 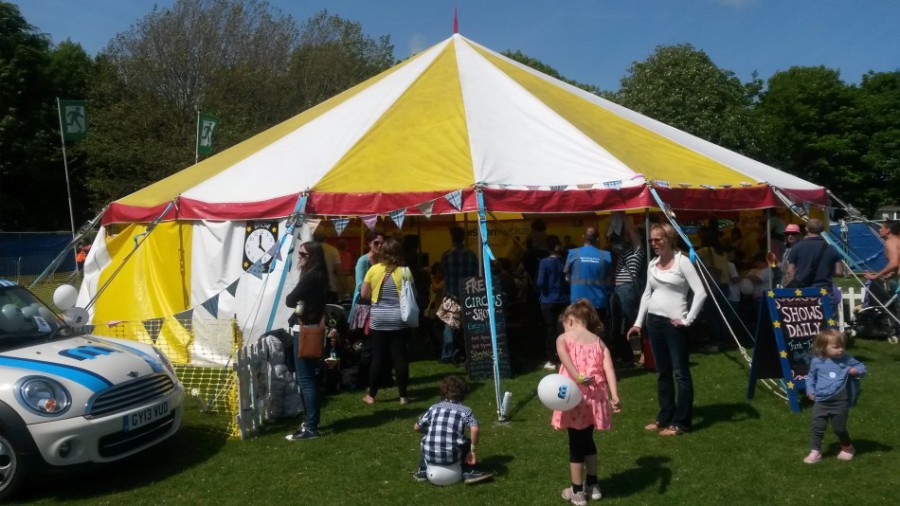 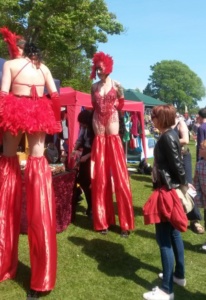 In summary, yes, I would recommend Funk The Family 2015 as long as you are into the music. I imagine paying the bands is where the majority of your entrance fee is going.

Considering what it costs to see just one band these days there is a good amount of entertainment crammed in to a few hours.

I may have thought this day was the best thing since sliced bread and great value if I didn’t live in Brighton. Living here we are totally spoilt with so much free stuff to do every weekend.

If funk is your thing and you want to enjoy the music while your kids can roam safely in well organised surroundings, it’s a great day out.