There seemed to be a lot of excitement about Jimmy’s Farm Sausage and Beer Festival this year. Talking about it beforehand I found many people who had been before and loved it. So we were really looking forward to the weekend. Now it’s over I have mixed feelings.

It is undoubtedly a great place for a family festival. Jimmy’s farm is a family attraction anyway with big play areas, a butterfly house, and lots of cute, friendly animals. For the festival there were headliners Justin Fletcher and Mr Bloom on the main stage and in the kids area entertainment was provided by The Flying Seagulls. They seemed to be putting on show after show to a spellbound audience of kids. We also loved the storytelling in the woods. This was difficult to get to with pushchairs but once we made it up it was wonderful to watch John and his Tall Tales hold the attention of kids who are more used to TV and computer games.

Camping (in a storm)

Sadly I couldn’t write an honest review of this year’s event without talking about a couple of major problems. The first of these, the weather, was horrendous even by the standards of a British summer. On Friday night there was torrential rain and winds gusting to over 50 miles per hour. Lots of people were forced to abandon collapsed tents in the middle of the night. By morning, we’d been up all night but seemed to be in a lucky minority whose tent was still standing. Many others were salvaging what they could and leaving.

Of course there was nothing the event organisers could do about the weather, but a lot of people felt that it could have been handled better and that the ground had added to the problems. While the car park was on the  grassy field used for camping last year,  this year’s campsite was entirely made up of stubble and lumps of flint. When we arrived on Friday afternoon it was rock hard and (knowing what was to come) we spent a long time fighting to get pegs in properly. But once the rain started the entire area turned into mud and even our heavy duty pegs struggled to stay in the ground.

But what really surprised me was the very obvious lack of staff in the camping field. After such an exceptionally bad night I had thought there would be people on hand to help out or just make sure everyone was safe. But there was no one to be seen apart from a small team of litter pickers, who hauled away the broken remains of tents and dumped them in a pile at the edge of the field. The promised children’s entertainment failed to turn up and several of the battered food stalls were closed (Jimmy’s “All Day Breakfast” stall opened for a couple of hours in the morning and then shut until 9pm). So there was little to do but survey the damage and try to keep some very tired kids happy until the festival opened at 11am.

By this point the campsite toilets were surrounded by slippery mud and starting to get full and dirty. There was no sign of the onsite cleaner promised on the festival website. Thankfully there weren’t many queues but there weren’t many toilets either so I suspect we were only saved by the fact that so many campers weren’t there. I heard similar complaints about the number of toilets in the campervan field where some vehicles had to be pulled from the mud by a tractor.

Thankfully Saturday afternoon and night were dry and calm. The campsite was in a pretty countryside setting and very spacious, although this could have been different if everyone was there! On Sunday morning there was a magician who kept the younger kids happy for over an hour, then made balloon models for all of them. If only the whole weekend had been like that! 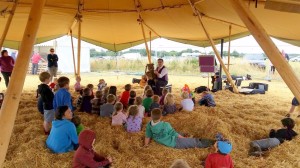 The other problem was the crowds on Saturday. It was a sell out with 10,000 people. Up from 6000 last year and it showed. Although the site was very big, the layout meant that a lot of people had to move through quite small areas. The first thing you came to was (groan) the paid-for helter skelter and merry go rounds. Then the food stalls and bars were all together in quite a small area. This made it very difficult to look at what was on offer. Especially while trying to manoeuvre a buggy and keep track of excited children.

There was again a notable absence of stewards on the main site. We usually point them out at the start of a festival so that our kids know who to go to if they get lost. But I think I saw only one the entire weekend and he was getting a hard time from another festival goer about the state of the toilets. To be fair the guy had a point. Long queues for horrid loos is a festival cliche and something that sadly puts a lot of people off ever going to one. But there are plenty of family festivals which prove this can be avoided so it was disappointing to find myself queuing for the often grotty toilets at Jimmy’s. We never had a very long wait but even ten minutes is too much when you have small children who don’t give you much notice. Given that the festival was clearly trying to attract families, I had hoped for better facilities. Ideally some child sized loos and running water for hand-washing. 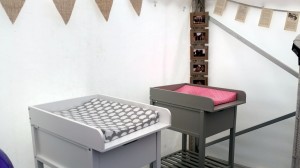 Babies however were well catered for. The baby tent provided by Up All Hours was wonderful and had proper, clean, changing tables, including free nappies and wipes. You could feed your baby whilst sat in a massage chair and there was colouring provided to entertain siblings while you did so. They even gave my girls free smoothies.

Evelyn also loved the inflatables field which was free and had several bouncy castles, a giant slide and a couple of gladiator style games. Unfortunately this wasn’t there on Sunday, presumably because the rain and wind had returned.

Chas and Dave got everyone dancing on Saturday night although there were sound problems initially. The main stage area was very crowded, which was probably because it was the only entertainment still running by this point in the evening.

Hopefully next year they will keep the acoustic stage going until later on and spread people out a bit. It was a lovely area, hidden away between a very picturesque vegetable garden and a field of ginger piglets.

We never made it to the cookhouse stage but it certainly looked popular. Especially for the sausage eating competitions. The Farm’s restaurant was also open for those after a proper sit down meal.

There was a lot of great food on offer, at the sort of prices you’d expect at a festival. But I would have liked more variety in the sausage options given the theme: it was mostly hot dogs. Anyone just coming for a day would be spoiled for choice. But by Sunday we were starting to crave some vegetables or just something that didn’t come in a bun!

There were a few places with children’s portions. Although I only found these later on Sunday when the crowds thinned out. The best value seemed to be the van that offered half a baked potato with beans for £2.50. There were also kids pizzas for £3.50. Hotdogs were around the £5 mark and adult pizzas came in at £7 (or £10 if you bought the same pizza from the company’s other stall on the campsite!).

I didn’t get to try much of the beer sadly; I’m told there was one tent with around 50 varieties but the queues put me off. I did manage to get hold of a couple of nice ciders though at a fairly standard £4 a pint.

So all in all we had a good weekend and although the grown ups were wet, tired and ready to leave by Sunday afternoon, the kids were very sad to go. The farm setting has the potential to make for a fabulous family festival, with good food, lovely surroundings and lots to entertain both children and adults.  But unfortunately this year that festival magic didn’t quite happen for me. The atmosphere was marred by too many people, a cramped layout, too few facilities and almost no visible staff. I felt more like a paying customer than a welcome guest. But all of those things could fairly easily be fixed. I really hope the organisers will listen to the feedback they’ve been getting this year and work to bring back the vibe that has earned them so many fans in the past. 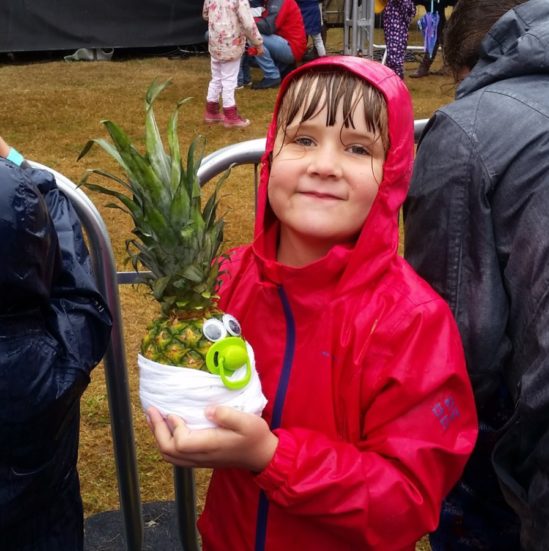 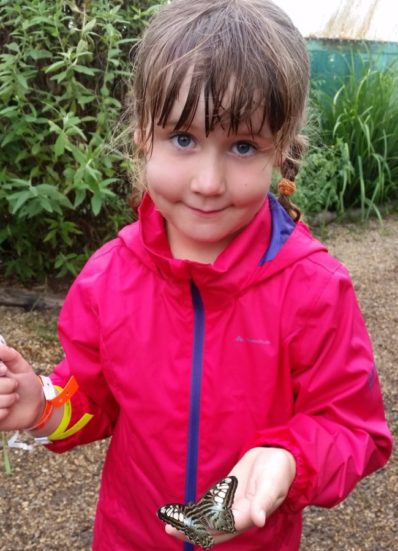 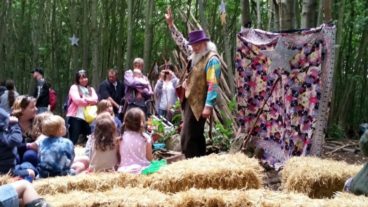 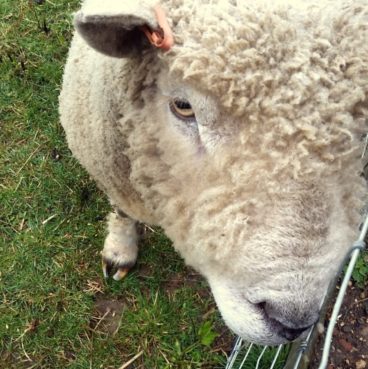 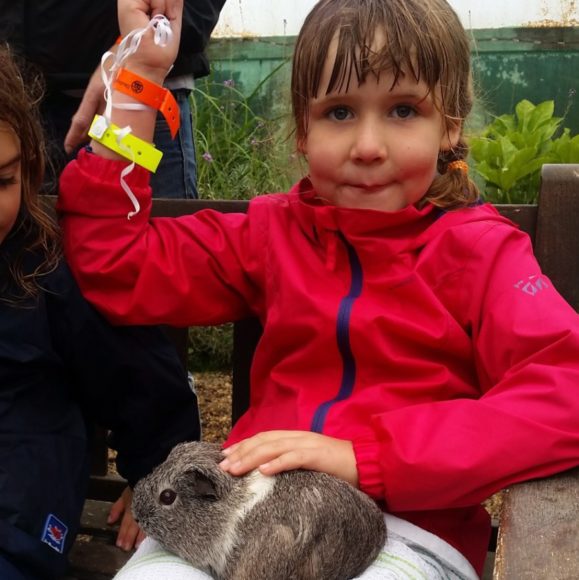