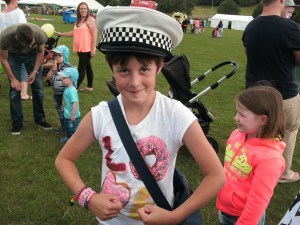 Reviewed by Catherine Prescott and her family

A Fun Day Out for our Little Monsters

Little Monster Bash was a one-day charity fundraiser in aid of Tree of Hope, and I hope the organisers persevere with this concept as it was such a good idea. This event was for families with children aged 1-10 years set on the outskirts of Brighton in the lovely Stanmer Park. They were very lucky with the weather which stayed beautiful all day. 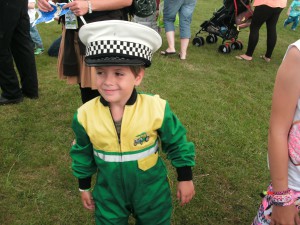 I thought we would be laden with coats etc for the day, but on arrival it turned out that the security staff and stewards were very friendly and quite prepared to be reasonable. We were told that they were operating a no re-entry system, but as long as we weren’t persistently going in and out every few minutes, they were quite prepared for us to nip out to the car park to get a rain coat or whatever else we might need. Phew! 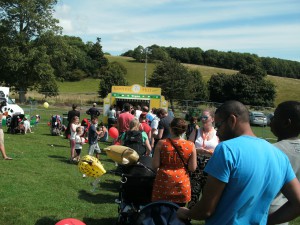 An oversight that would need to be remedied for next year would be primarily the food situation. Attendees were instructed beforehand that picnics would not be permitted as there would be a wide selection of food available on site. Both facts here will hopefully be altered if the event goes ahead next year – picnics should of course be permitted, and they need a lot more choice and quantity of food outlets. It was an eight hour event, and no one was happy to be forced to spend well over one hour of it queueing if they wanted to feed their children.

Having said all that, we had a thoroughly good day out. At £65 per family, (although prices rose as the day drew nearer) + £5 to park, I thought it was good value for money given the entertainment that was on offer. Among others, the main stage boasted Katy Ashworth and Alex Winters from CBeebies, and the wonderfully engaging Dick ‘n’ Dom who were definitely the highlight for my two! My son wanted to watch the ventriloquist Steve Hewlett, also on the main stage. I asked him if he thought the man was funny, “No, the man isn’t funny,” he said, “but the penguin is really funny!” 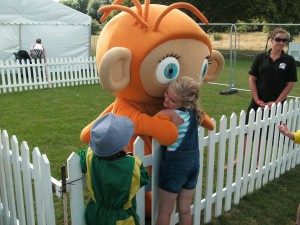 My children LOVED the Animal Magic tent which was hosting a number of Interactive Handling Displays. As well as the expected mice, rabbits and guinea pigs, the children got to handle/feed meerkats, a snake, lizards, ducks and chicks, and view a pair of skunks, but not too closely! 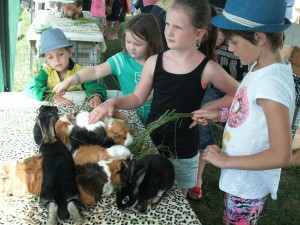 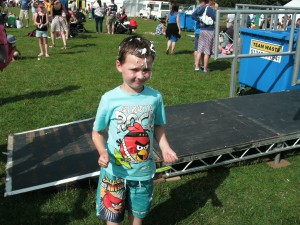 For tiny ones, there was a Baby and Sensory tent, containing soft mats, tunnels, small trampolines, ride-ons and soft play. The sessions included yoga with Waybuloo’s Yo Jo Jo (who we enjoyed meeting and greeting), and lots of singing and dancing little workshops which the little ones were really enjoying. There was another tent in addition to this which was solely dancing, and catered for all the ages up to 10.

The craft tent was a lot of fun and provided good ideas for recycling and upcycling at home to make more little monsters. There was also free face painting alongside the crafts, which had a predictably long queue so it would be great if they could get a few more facepainters on board. 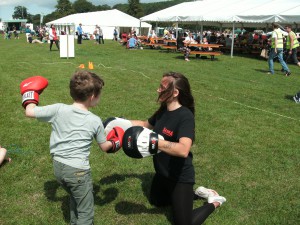 My kids had a great day out at Stanmer Park and we look forward to hearing about Little Monster Bash 2015.