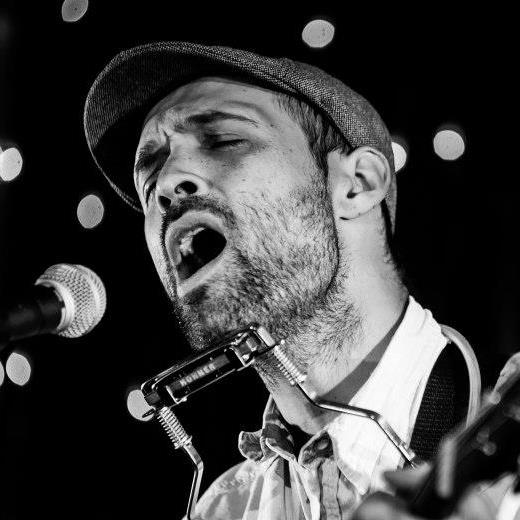 Phil King has long been one of our favourite singer-songwriters.  Oooh, I could listen to the dulcet tones of that gorgeously talented musician all day… 🙂

When we discovered that Phil is playing Larmer Tree Festival this very weekend, we just couldn’t pass by the opportunity to grab him for an interview (if you’re going to Larmer Tree, catch him at 4:30 in the ARC – I’ll be there!)

Romany: We’re really looking forward to seeing you perform again this year.  Do you get nervous when you play to big crowds?
Phil:  “Yep! But I love it! It sharpens the performance, and feels amazing when it’s over.  The trick is being able to enjoy it fully during the show.  I still get nervous at all shows, however big or small. I think that’s a good thing, it means I still care about my performance.”

When did you start playing your first instrument?
“I’ve been singing my whole life, since I could speak!  I started playing guitar when I was about 12, and was in my first band when I was 13.”

Did you have guitar lessons?
“I had some lessons, but not formal, not classical. I learned to pay blues and rock first.  Then much later, I taught myself how to play some classical pieces and scales, and did up to grade 7 classical guitar.”

Were your parents supportive when you chose music as a career?
“I did music all my life since I was 12, but never thought I would make a career from it.  Then when I was 23, I realised I really needed more music in my life, as I was working hard and not playing much at that point.  So I tentatively started exploring music again… my parents didn’t have much to say about it, I was 23!!!”

What nugget of advice would you give to kids who want to be musicians?
“I would say, be clear WHY you want to be a musician!  If it’s because you desire success or recognition, then you are likely to be disappointed and give up.  It must be for some other reason.  Do it because you are passionate about it, and if you believe in what you are doing, then KEEP WORKING AT IT!”

Do your kids think you’re really cool?
“I have a son, he is 2. But no, he doesn’t think I am cool, he thinks cars and firemen are cool!”

You once did a gig in a treehouse, did you have one when you were a kid?
“NO!!  I didn’t, but some of my friends did, and I was VERY jealous of them!  I did love performing in one.  It had been converted into a performance space, big enough to sit 40 people, and had a beautiful little stage.  It was built between 3 large trees in someone’s garden! It was a beautiful experience.”

Are festivals good places for kids?
“I think it really depends on the festival. I didn’t go to any when I was a kid but there are more opportunities for children to see live music now than there were when I was younger.”

Which festivals are you hoping to be play this year?
I’m booked for Larmer Tree, Shambala, Trowbridge Pump Fest, Petherton Folk Fest, Devizes Summer Fest, Burnham Folk Fest and The Great British Folk Fest in Skegness.
Hoping for one or two more –  I’ve never played Greenman or Womad, I would love to do those one day. 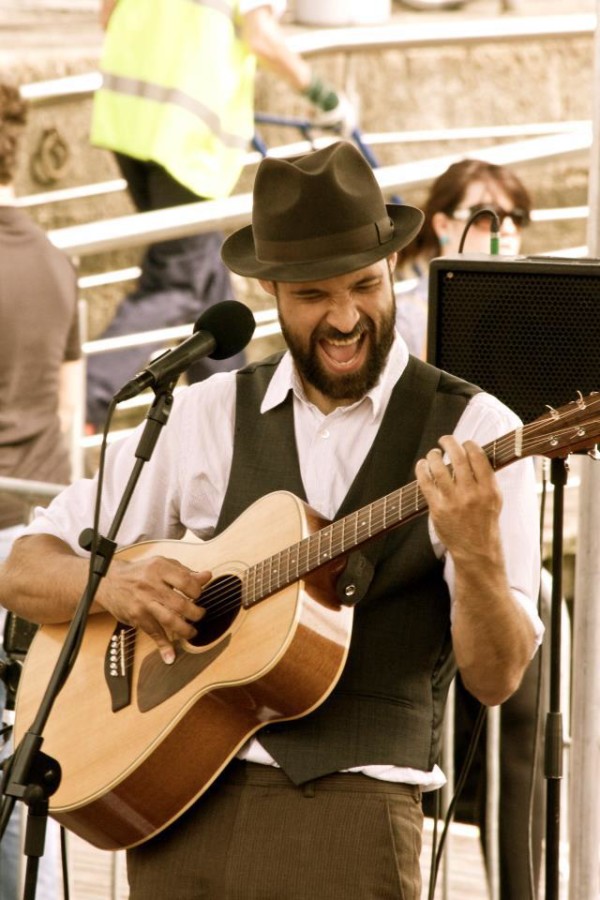 To find out more about Phil King visit his website:

One thought on “Phil King talks Festivals and Treehouses!”