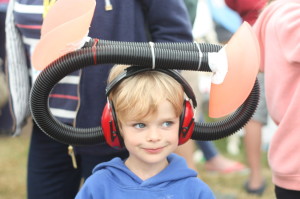 Caitlin Moran once did a hilarious sketch about returning home from a festival and trying to explain to the other people in the office what it had been like. It made me giggle for ages. It’s actually hard to put into words what a great time we had at Deer Shed festival. We’ve returned home tired but happy, with lots of wonderful memories that keep rising to the surface like bubbles.

We arrived at the festival site at about 1pm. Although plenty of people had already arrived and had set up camp, we were able to drive in with no queues and were shown to our parking space by the stewards. We were in the campervan field and were given loads of space for our van, awning and camping paraphernalia. The theme of this year’s festival was “up in the air” and whilst we were pitching our tent we had our first festival moment; two hurricane spitfires flew around the festival site, much to the delight of my husband! He couldn’t believe his eyes.

By the time we had set up camp and walked down to the festival site it was about 4pm and by this time a queue of families were waiting to get their wristbands (about a 30 minute wait). I would give you some advice to arrive, go and get your wristbands straight away and then pitch your tent to avoid waiting. 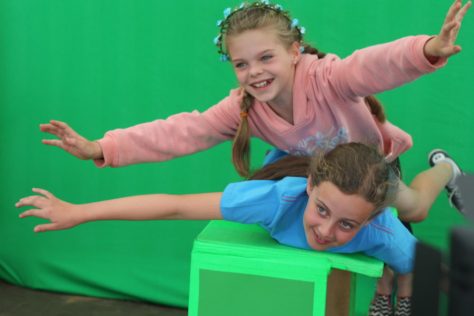 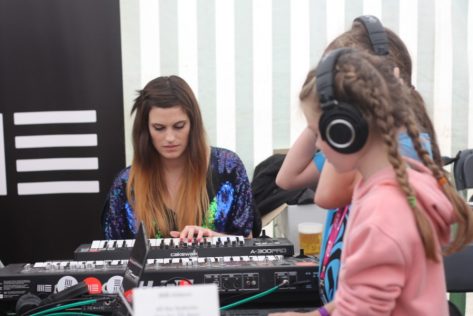 Whilst this is a relatively small festival, children are spoilt for choice and have opportunities to try some unusual activities that I haven’t seen elsewhere.

We spent many happy hours in the science tent, taking part in a plane themed forensic investigation (loving the names of the murder suspects- Emmi Rates and Bea Fly), fingerprint art, pretending to be flying through space using a green screen, watching the stars in the skylab, creating badges with an electrical circuit, making balloons fly and learning how to generate explosions and electricity. My daughter’s favourite activity was creating her own electronic music whilst accompanied by live musicians on the Ableton stand. We didn’t even explore half of the activities in the science tent, such as robot programming, Meccano, soldering and Minecraft hacking. Another tip – make sure you sign up for activities on Friday to avoid disappointment as they do get booked up. Some activities such as the star lab released new tickets each day. 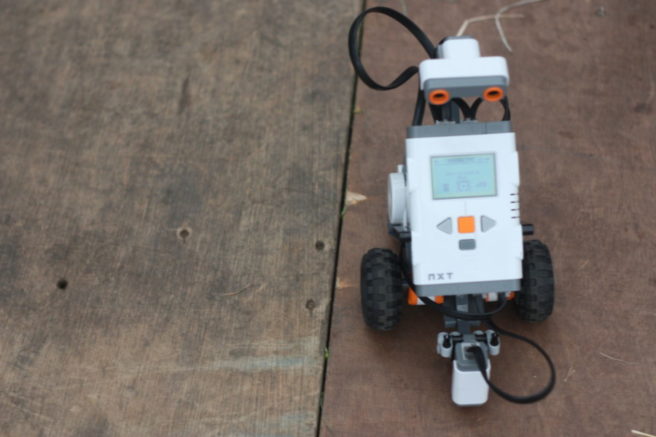 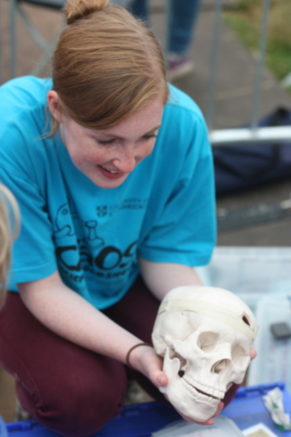 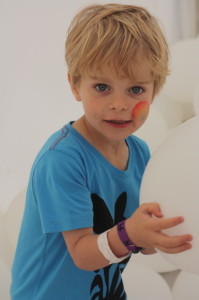 Activities were available for children of all ages, from soft plays and a giant sandpit for the little ones, through to DJ mixing skills for older children. There were loads of art activities available, including broomstick making for games of Quidditch which took place on the Saturday. We spent ten minutes in an art installation called Head in the clouds, which was a white marquee filled with hundreds of white balloons. We had lots of fun kicking the balloon and leaping about.

A highlight was playing a giant game of Battleships across the lake. It’s hard to put this surreal experience into words but it involved a Monty Pythonesque Italian sailor (who couldn’t speak Italian), uniforms, trumpets and much silly dancing when our yellow team were victorious. 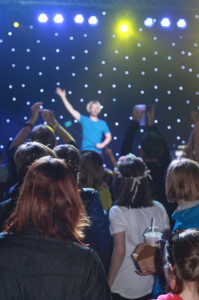 The weather was a little more changeable than usual this year, which meant that we spent more time in the Big Top tent watching a selection of fantastic shows. My 5 year old son loved Sam Sam the Bubble Man and we also really enjoyed Shlomo’s beatboxing which was incredible and got the whole crowd dancing. My daughter loved Pappy’s comedy show from the Edinburgh festival and was howling with laughter at the silly songs and sketches.

Musical highlights for us were the Pictish Trail (my husband described this as Scotland’s version of Beck), Hinds and John Grant, although it might have been useful for the programme to warn parents that John’s music contains a lot of swearing! (GMF springs to mind if you know his songs).

My favourite moment was the Sunday morning rave, which started at 8am in the Big Top. It’s the first time I have been to a rave armed with a small child, flashing lightsaber and a packet of sweeties. There was a lovely welcoming atmosphere, with balloon models for all the children, bubbles, free glow sticks, face painting and performance artists. My and son and I boogied to 90s classics for an hour without stopping, finishing off with a giant can can.

The fairground rides were a big hit and well priced, at £1 for a helter skelter ride and £2 for the big wheel. 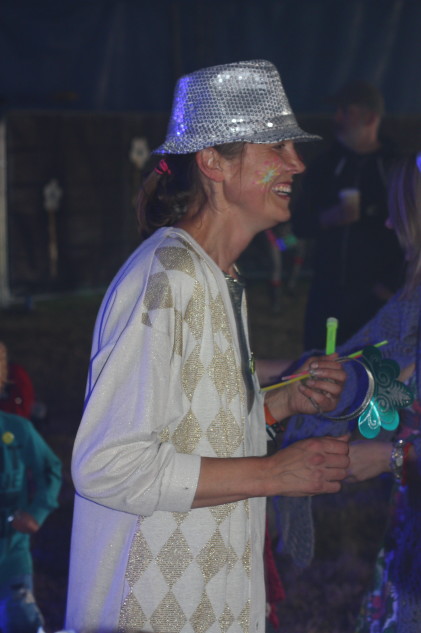 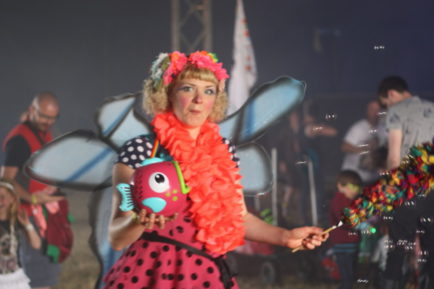 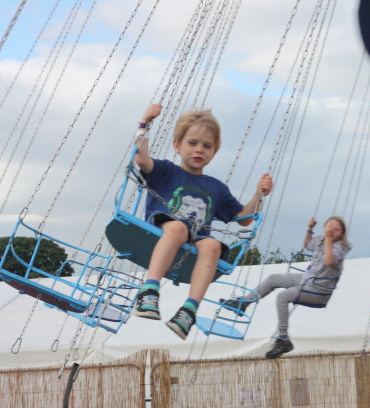 There was a small but varied selection of food and drink, including a range of cuisines such as Latin American, Thai and Indian Food. It was reasonably priced with adults meals costing between £6-8 and children’s meals from £3-5.

There were a variety of child friendly options including hot dogs, fishfinger sandwiches, pasta, jacket potatoes, Yorkshire puddings, crepes and rotisserie chicken. We had the most amazing icecream from Ginger’s Emporium (salted caramel and peanut flavour for me) and the churros seemed to be very popular.

Alcohol was also reasonably priced, with a pint costing £3.75, served in a reusable pint glass and cocktails costing £5. Tea and coffee were available for £1 each.

The site is well maintained and easy to get around because of its compact size. Despite occasional rain, the site was well drained and easy to walk around. Disabled facilities were a short, flat walk to the main festival site, with parking close by. The festival site is fairly flat (apart from the natural amphitheatre in front of the main stage) and is easy to navigate with pushchairs, trolleys or wheelchairs.

Showers and washing up sinks were provided, as well as telephone charging, welfare area, lost property and good medical support via the first aid tent. Water was easily accessible and the security guards were kind, efficient and helpful. I saw them speak to a few younger children to ensure that they didn’t leave the festival arena without their parents. The music was finished by 11 each night and the campsites were quiet at night. 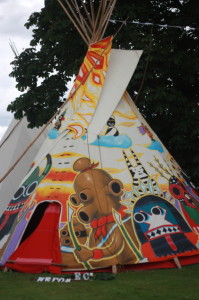 Toilets were generally clean, well maintained and spacious, with running water and soap as well as hand gel. There were also a selection of long drop toilets by the main stage. If I had to be picky I would say that the long drop toilets needed a little more cleaning and maintenance as they ran out of toilet paper and were looking a bit worse for wear by Saturday night.

A few extra toilets would have been helpful in the family camping areas as there seemed to be queues early in the morning and in the evenings. Overall though they were of a good standard.

The site was clean, well maintained and generally litter free. Plenty of bins were provided. Cups were reusable, which cut down on a huge amount of waste and was a great idea. I would have liked to see some bins specifically for recycling, which I am sure I have seen in the past at Deer Shed.

This is a safe, clean, easy festival for families. There’s a great selection of interesting activities for kids of all ages and a well curated line up of music and shows for parents too. Prices are reasonable. This festival is also great for what it doesn’t have: no traffic jams, no long walks to your tent and no late night noise. It is easy and when you have small children, that helps a lot. 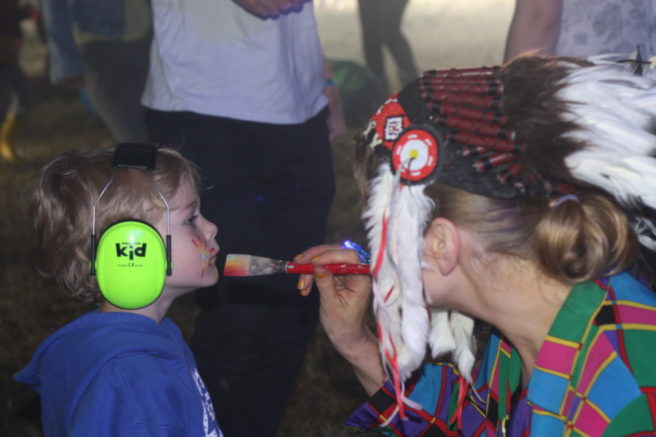 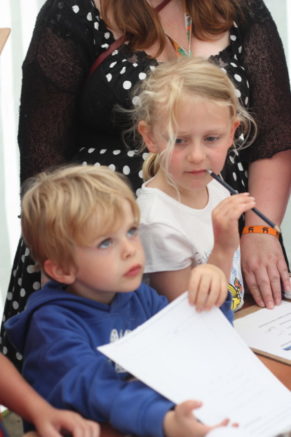