I might run out of superlatives for Wilderness Festival, so let’s start with this one: Gorgeous. From the campsite dotted with shady mature oaks to the grassy slopes around the wild swimming lake, Wilderness is a very special place. 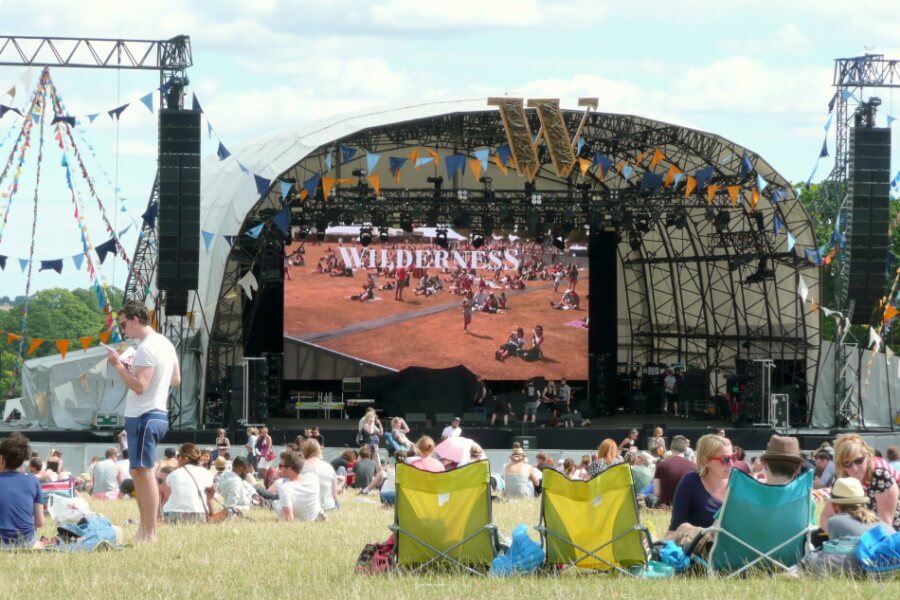 Wilderness has a reputation for being rather posh and this includes the kids entertainment. There is everything you’d expect from a family friendly festival but it’s all a just a bit more high end.

When the girls wanted to do some crafts we headed for the V&A museum costume making workshop. For story time they listened to an author describe the inspirations for her book. You don’t even need to feel parenting guilt about screen time when it’s the Prince Charles Cinema’s Labyrinth Masquerade Ball or a live screening of The National Theatre’s production of Treasure Island.

If you want to put aside those parenting responsibilities entirely for a little while you can book the children in at the Mortimer Nannies tent, for an extra fee.

The kids area hosted the wonderful and seemingly inexhaustible Flying Seagulls, who put on show after show to delighted audiences. The Storystock cafe served up snacks, drinks and great value lunch bags (£5 for for five choices from a range including hotdogs and juices) while The Mad Hatter and Alice provided entertainment. There were also child sized composting loos.

Away from the children’s area the only problem was knowing what to choose from the huge and diverse programme. You could spend the entire weekend just attending talks, cookery classes or yoga groups if you wanted. We picked a few definites then simply drifted between the stages stopping where we found something of interest. We took in orchestral arrangements of Radio Head songs and dancers from the Rambert company on the Wilderness stage. We danced at the carousel stage and took turns with the girls so we could stop in on talks about maths, mindfulness and polar exploration.  When it got a bit too warm we headed for the lake and drifted in the cool waters then dried out on the grassy sunlit banks watching the (frankly mind boggling) paddle board yoga class and looking longingly at the beautiful lakeside spa.

The food wasn’t just as diverse as the entertainment, it was an integral part of it. There was a large and varied range of stalls and vans, the girls loved the fruit juice lollies (£2.50) and we made three trips to the crumble van (£5), a few of the stalls offered kids options including the Fish Finger sandwich van which did kids boxes for £5.

But food vans alone aren’t fabulous enough for Wilderness. You could also refine your culinary skills at the cookery school or spend your evening feasting on special menus from chefs including Raymond Blanc. There was takeaway from Moro and Hix, while the dining room took the food hall concept and filled it with top London restaurants. Beer was about £5 a pint in the real ale tent and across the site there were also bars specialising in cocktails, gin, scotch whiskey, tequila and of course champagne. 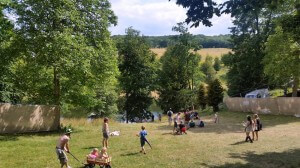 The family camping field got fairly full but we arrived not long after it opened on Thursday and had no problem finding room for our rather large tent. The area was well organised with roped off walkways and lights so you never had to pick your way through too many guy lines in the dark. There were plenty of toilets and these remained pretty clean and well stocked with loo roll. The only queues I saw were for the showers, Wilderness revelers are clearly a very clean lot as they ran out of water, including drinking water on the first morning. But the stewards dealt with it very well and were soon handing out bottled water to anyone with babies in their tent. Inside the festival the facilities were similar, toilet queues were rare and short but again more water taps were needed for the hot weather.

For disabled guests there was a disabled loo in every set of toilets and a special viewing platform for the main stage.

I usually try to get a peep at the other camping areas for reviews but security was tight at Wilderness so I couldn’t get into the camper van or glamping fields. From the website glamping looked as fabulous as you would imagine, although you’d need almost £2000 in addition to the ticket price for the top of the range safari tent for two!

The ticket price is really the only down side to Wilderness; although tickets for under 10’s are a mere £5 an adult ticket comes in at over £180 with an additional £10 for car parking. But if you can afford it, the huge, glorious variety of entertainment does justify the cost and food and drink prices are similar to other festivals even for some of the high end options. Even if we can never afford to go back again this one trip to Wilderness has bought my whole family some truly precious memories.

The other effect of the price could be seen in who was there. The age range was quite broad but while other events get a lot of young locals enjoying their first festival and a bit too much beer, the teens and twenty somethings at Wilderness were a little different and mostly quite used to the champagne. The security team were more concerned about the whereabouts of the resident deer herd than drunken behaviour from festival goers – as one of them put it “it’s just not that sort of festival”.

That said, the wilderness crowd didn’t come across as aloof or pretentious. There was a good helping of more hippyish types and lots of families with everyone mixing together and dressing in beautiful, imaginative or just silly costumes. You could wander around in cropped jeans or a sequined leotard and fit right in. The annual cricket match even attempted to break the record for streakers (they got 22).

While people were certainly having a good time it all felt very safe even with small children and there was lots of space for them to run about and plenty of shady trees to nap under. The late night entertainment all took place in a wooded valley at the far side of the site from the family camping so it was even possible to get a good nights sleep.

Wilderness finishes off my festivals for this year and it really feels like we went out in a huge, sparkling whirl of magic. None of us wanted to leave and away from Cornbury Park the real world feels drab and predictable. Where are the glitter showers and massage yurts? Where are the orchestras and dancers? Why is there no celebrity chef to prepare the kids dinner? Perhaps we should start saving up for next year. 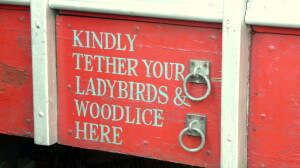 One thought on “Wilderness 2015 Review”