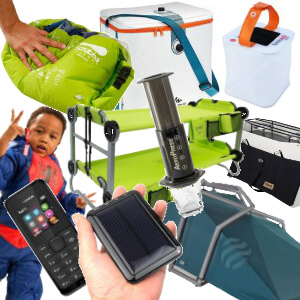 Remember the days when festival kit meant a tent, a sleeping bag and, if you’d really made the effort, some patterned wellies? When you could get 5 adults and all your gear into a two door Ford Fiesta? Well, if you’re like me, then the arrival of kids has changed all that. I now tend to start the festival season staring at the pile of equipment and gadgets and wondering which child I’ll have to leave behind if I’m going to fit it all in our seven seater car.

Usually though it all makes it in (as do the kids) and I’m beginning to embrace camping with stuff. As I’m a bit of a gadget lover I’m already planning ahead to the summer and the new toys I can ram into the car this year. Here is my top ten wish list.

Chucking a tea bag in a mug is easy enough. But if coffee is your morning essential you need the AeroPress to make a decent cup on a campsite.

At one point last year my husband desperately improvise using a colander and a baby muslin but frankly this device is a lot easier and makes much better coffee. It was rated higher than two electric coffee machines in a recent TV taste test. 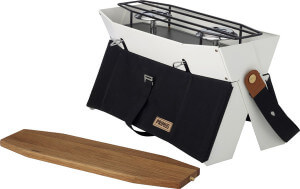 Of course you’ll still need hot water for your coffee and that probably means bringing a gas stove along. If you want something a little different then the stylish new Primus Onja could be just the thing.

The clever design folds up into a messenger bag for easy carrying.With two burners you can start on the bacon butties while the kettle boils. The lid even doubles as a chopping board. 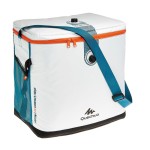 Taking some of your own food to a festival can save a lot of money. Cool boxes are handy but they can take up a lot of space when not in use.

These self inflating cool boxes from Decathlon solve that problem by folding flat for storage and come in three different sizes. 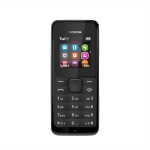 Power hungry smartphones just aren’t going to make it through a whole festival. If you can bear to be separated from the internet for a few days swap your smartphone for a dumb phone.

The Nokia 105 will remind you of the time when battery life was measured in days not hours so it’s a great option if you just want something for calls and texts.

It would also be good for older children who are heading off on their own at a festival and might need to call you but are at risk of a nasty expensive phone v portable toilet incident! 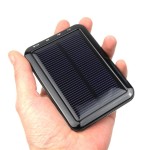 Can’t be parted from the smartphone? You’re going to need something to keep it going. There’s lots to choose from with loads of battery packs out there. Last year Wilderness Festival offered their own branded charging sticks.

There are loads to choose from these days. For the most flexibility look for one which can be charged up from the mains at home then recharged with it’s solar panel while you’re away.

Kids can get through an astonishing amount of clothing at festivals, mud, ice cream, face paints, etc.

Getting a bit mucky can be half the fun. But it’s a lot less fun to pick through the dirty clothes bag trying to find the least filthy socks for the last day.

The Scrubba Wash Bag is neat gadget for washing a few bits and bobs in the comfort of your own tent. No power needed, just a bit of water and elbow grease. 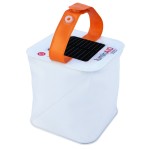 This great little lantern is solar powered, inflatable, waterproof and can do five different colours. Perfect for hanging on your tent to make it easier to find after a late night loo trip!

Put it in the sun during the day and it will give you 12 hours of light overnight. Folding down to about the size of a drinks coaster it takes up almost no room in your bag. 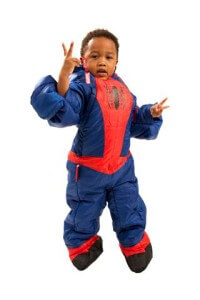 Our kids are still quite small, and we often try to get them off to sleep in the buggy or wagon so we can watch the headline acts before wheeling them home. But inevitably the cold transfer from blanket and buggy to sleeping bag and bed wakes them up.

The SelkBag is the answer. With arms and legs it’s a super warm onesie while out at night. Back at the tent there’s also less of a disturbance getting the kidz to bed when they have fallen asleep. The US site has some new Superhero versions which I’m hoping will make it over here soon. 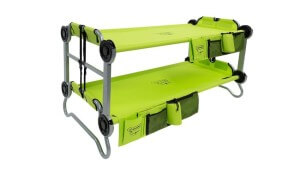 Yep bunkbeds in a tent, based on army camp beds. These aren’t cheap but could be a good space saver and they also convert to a sofa.

Outside festival season they would be handy for sleepovers or visiting friends and relatives. 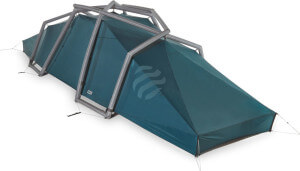 I can’t really justify buying another tent, but I rather like this one that hangs from an inflatable geodesic dome.

Heimplanet claim their tents are super quick to pitch and very stable in bad weather. Useful attributes when going to festivals with children in the great British summer. But if I’m honest, I really want one because it looks like a sleeping Dinosaur.

So that’s my wish list for 2016. Is there anything you are hoping to add to the kit bag this year? Or a tried and tested favourite festival camping gadget?