The last festival of this year’s season for us was to be one that we knew the least about. In fact, we knew virtually nothing.

My husband has been a long time fan of the band Embrace, and this wasn’t to be the first time I’ve been dragged off on an Embrace related adventure.

To give you a bit of background; Embrace have recently released their 6th studio album after a gap of around 7/8 years. This album wasn’t so much a comeback, they hadn’t split up, but was an end to a period where they tried to produce something they were happy to share with their fans.

Throughout the Embrace’s history their relationship with their fans has been one that has created a devotion on both sides. Many bands now carry out secret gigs as a way of rewarding their fans, Embrace have been doing it since 2000. 20 secret gigs in that time they been held in far flung places such as Batsford Manor, Sherwood Forest, Leicester Square, Shepherd’s Bush Green, Majorca (where the band flew half a dozen fans out), the Big Brother House, and even one in a fan’s own back garden.

My husband has always viewed these secret gigs enviously. In the early years missing out on the clues that we hidden among the depths of the internet, to the modern day of social media and the latest incarnation of the secret gig. He had an invite to SG#21, but life has moved on from the carefree days and so he had to pass up his chance.

Embrace have grown up since the early days, and so have their fans, and with that sprung up an idea for their biggest secret gig yet. SG#22 was to be a festival, a family friendly festival, and my husband wanted to go. The tickets were bought in June, £120 for a family of four, and that was it. We were set to go Menko once again.

What followed was a period of nothing. The date was set, 6/9/14, but where was it? What did we need to take? I’m pretty savvy when it comes to festival preparation but not knowing anything was killing me. We didn’t hear anything until 2 weeks prior, and that was just to say “wear something that displays what is good about the world”, and things went quiet again. 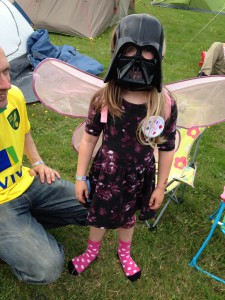 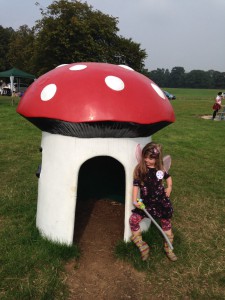 The venue was announced 3 days prior to the event. Knebworth Park. Wow, that’s a place that has hosted some significant music events in history, Rolling Stones, Oasis, Robbie Williams to name a few. Now we knew the location but we were still sworn to secrecy, the band requested that we turn off location services on our phones so that if we posted on social media the location would still be kept secret.

Still I was driven crazy by it, I’ve never been to Knebworth house before and as I mentioned before there was barely any information about it, I’m a planner, I like to write lists and organise everything and know what’s there but I knew nothing…
I work on Friday nights so I left the husband to organise everything, to buy food and drink and to pack the car. We set off in the morning on our journey, as we got closer you could tell who was going, people had stuck SG#22 posters in their car windows, or used tape to create the 5 tally marks on the album cover. 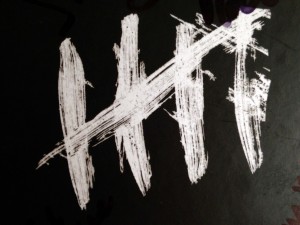 We were all directed into a field and waited for what would happen next, we were told not to arrive before 1130 am but now it was nearer to 12.

Like most people we started to unpack our cars and load camping gear on to our trolley. Some of the volunteers came along checking tickets and giving out wristbands, at one point I heard a commotion, the gate at the top of the field and Danny McNamara (Embrace’s lead singer) stood grinning widely and waving, everyone cheered, the festival was now open!

We were instructed to move into the car park which caused a little confusion among fans as it meant we had to pack up the cars, but no one was annoyed like they may have been at other events, they just shrugged and got on with it.
Once we were in the official car park, we unloaded and after a very short walk we stopped to set up camp. The area was small with probably around 1000 people camping, In total the attendance was around 1500. There was a stage set up, a bonfire ready to go (the local fire service were staying to supervise the fire) a few food stalls, a bar and most of the most unique parts, the fans tributes to former Secret Gigs, we didn’t really see much of them as the time we chose to look at them was when the band was looking round so it was very crowded.

I loved how much effort and passion was put into the tributes by the fans, and the band looked genuinely impressed and flattered by their attempts. You could feel a lot of love in that field, the atmosphere was electric, you rarely get that from the first year of an event, it usually takes years. 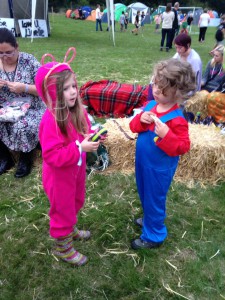 I was pretty impressed to see that they had thought about children having something to do, there is a massive adventure playground which is a short walk from the main site, the children loved it but the only negative was that we missed out on SG#23 which took place in the woods as an acoustic set!

There were clues around the site which we totally missed (Due to having too much fun in the play area and the sleeping bag debacle where the husband had forgotten our sleeping bags and I sent him off to the local town to buy a double!) But it was exciting to hear about it from others. 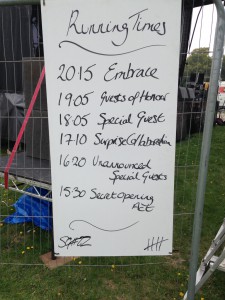 To further the intrigue the line up was secret, they had titles such as extra special guest and top secret guest. They were… Dave McCabe from the Zutons, performing with Ian Skelly from The Coral, Gomez, Magic Numbers, Embrace and Beached Boys. Now these are the sort of surprises I like! 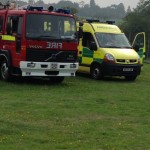 I felt very safe in the environment, and was happy to let the children play away from us as long was we could see them, however our daughter did get a little confused when running around with her new friend and got lost. Embrace stopped mid song (Follow you home in case you’re wondering) to do a call out to me to find her by the fire engine!

I felt a mixture of embarrassment and shame but was very grateful to the band for stopping to let us know. She was happy as larry having made friends with the fire fighters and a friendly couple who had found her, I couldn’t thank these people enough for looking out for her.

SG#22 was the last festival of the year for us and the most magic in terms of intrigue, friendliness and atmosphere. Even the state of the toilets in the morning didn’t put a damper on things and in the queue we were all having quite a laugh about it.

There wasn’t enough toilets but hey, it was the first year, it was one night only and no one seemed to mind too much (especially not seasoned festival goers such as us!) and even I will give them the benefit of the doubt for that.

If Embrace decide to do this again I am sure they will listen and respond to feedback from their fans, more toilets, maybe a kids area for next time…

SG#22: The Secret Festival has been nominated in a number of categories in this years Festival Awards. 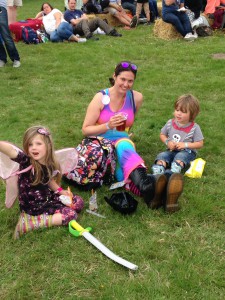