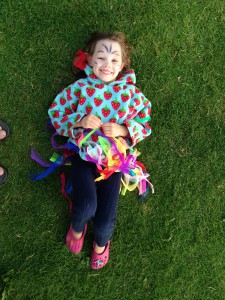 Reviewed by Anna Waldron and family

Nibley Festival is a one day festival with camping set in the pretty village of North Nibley on the edge of the Cotswolds.

This festival is clearly well supported, appreciated by and benefitting the local people and community groups. As such the marshals are friendly and pleased to welcome you into the festival site.

We arrived on the Friday night and easily pitched on a flat site in the family camping area. There was only a 100 yard walk from car to site (the shortest I’ve experienced!) There were lots of campervans and caravans over in their field (possibly more than there were tents on the Friday night) and they seemed well provided for.

Glamping was in a separate field and comprised of some great looking bell tents. I didn’t track down anyone to ask about the glamping option but the official photos looked pretty good!

That Friday night we headed down to a marquee on the camping site for three great local bands and a BBQ put on by the Friends of North Nibley School (FONNS). The £3.50 hot dogs and burgers were loaded, scrummy and made from local outdoor reared animals.

Saturday was festival day! Unfortunately the gates didn’t open until 12 noon so there was a little twiddling of thumbs . . . camping with a 3 and 6 year old mean an early morning! FONNS once again came through for the campers Saturday and Sunday morning serving Breakfast Baps, tea, coffee etc.

As it was a small festival, they had set up two stages next to each other. Whilst one was being played on, the other was setting up for the next act. This made for an almost constant source of live music for the whole day. Many people were clearly wise to this and had got in there at noon and set up chairs and picnic blankets in prime spots and proceeded to spend the entire 10 hours tapping their toes and sipping crafted cider. Bliss!

Musically the highlights for our family were Skinny Lister, folk rock stomping steam punk types that never fail to get people jigging and dancing with their happy tunes, and Laid Blak with their Ska and Reggae set comprising their own songs and versions of timeless classics including Bob Marley. You can’t beat a bit of Bob in the setting sun.

This was the very best part of this festival!

The Junkfish craft tent was brimming with craft ideas – all of which were FREE! We made ribbon tutus, juggling balls, ribbon batons, top hats, masks and puppet people! And we didn’t even make everything on offer. On top of that there was a relaxing area full of comfy sofas with toys and books – ideal for those with younger children who need a little rest from the sun and chasing around. Outside was my boy’s favourite. A giant marble run made from junk. He could have played with that all day if we’d let him.

Next door was the big top circus area, provided by the awesome Big Top Mania team, with have a go trapeze sessions, circus and magic shows throughout the day. Now I’m not usually one for these things but the magic show in particular was hilarious. Lots of audience participation for the children and some brilliant ‘how did he do that?’ moments for the grown ups. Outside the circus tent were crazy bikes and circus toys to play with. Once again, all free.

There was also inflatable fun with a bouncy castle, Total Wipeout type game and a life size table football pitch. All free of charge.

The festival had provided a large white gazebo with picnic benches for those with babies to go for shade and ‘servicing’ which was never overcrowded but well used.

Variety of food was great from Pizza to pulled pork to goat curry or just a bag of chips. Meals were averaging £6 from most vendors and some had children’s size meals from £3. If you were in there quick the Rotary Club were doing burgers and hot dogs for £3.50. Understandably they sold out fairly quickly!

There was one bar on site with an excellent queuing system and well staffed. They were selling a selection of local beers and ciders at £3.50 a pint. I can vouch for the fantastic cider Monument, crafted especially for the festival.

There were litter pickers doing the rounds from the very start of this festival and I don’t think I saw a single piece of litter on the floor. There weren’t any obvious recycling facilities however the waste company used was a recycling company and it is all fully sorted off site.

There were plenty disabled access toilets on site (which also had a sign on to let people know to give priority to disabled people and then those with small children before using themselves). The toilets were good all day and I only had to use my own loo roll on one occasion. The camping site toilets were serviced regularly (emptied and restocked with toilet roll). There was a massive queue for morning wees on the Sunday but the rest of the time they were sufficient. The festival field was immaculate in terms of debris and being a cricket pitch, it was very level and the grass was very short (and despite the earlier rain, very dry). It never felt overcrowded the whole day and you could easily forge a clear path to and from where you needed to go.

Nibley is an excellent entry level festival for those taking little ones for the first time. The financial commitment is relatively low and you need not camp. All the children’s entertainment was free, and the site is very pushchair friendly. Also, we did almost no queuing for anything, which always improves the laugh to whinge ratio in my children. 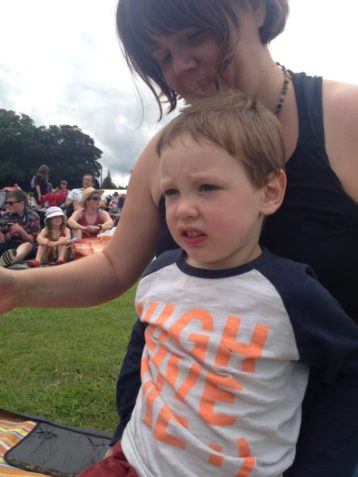 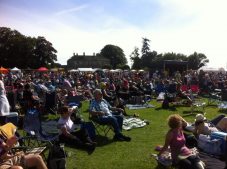 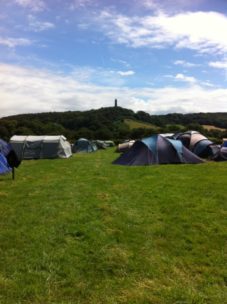 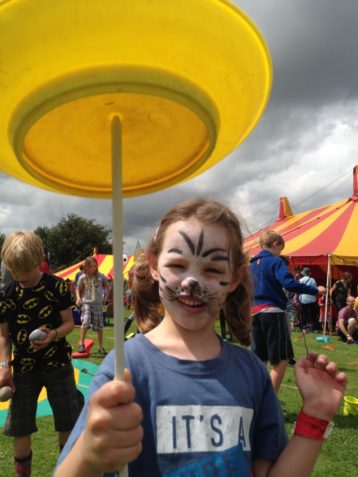 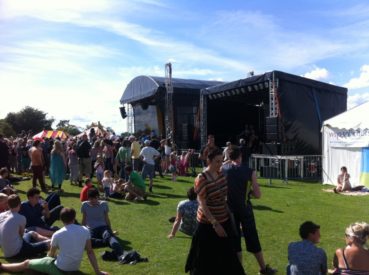 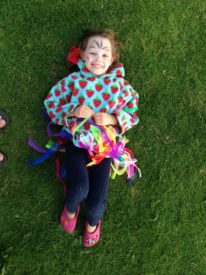 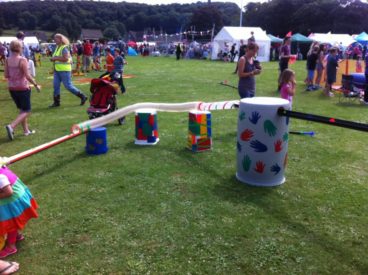 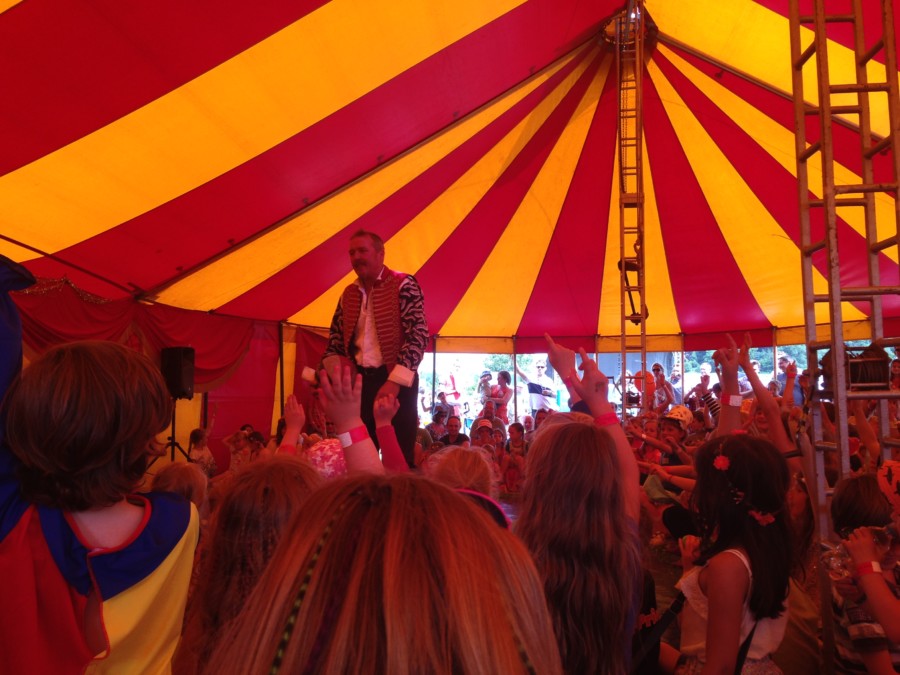