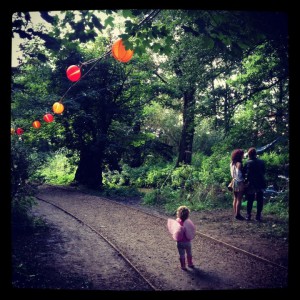 After having over a week to think about my Shambala experience this year, I can safely say that it has been my favourite yet! More kids than ever, good food, peaceful camping and a great crowd.

Getting there: The festival was well sign posted, and parking was easy. Although we arrived on the Friday when most people had arrived so I am not sure what it was like when the bulk of the festival was arriving!

Campsite: The campsite was great! Although because we arrived a day late we did have a little bit of trouble squeezing our bell tent into one of the last spots, so it may be worth making the family camping area a little bigger – especially because the number of families at the festival seems to be increasing each year!

The toilets were clean throughout the whole weekend and the family yurt was absolutely great, especially for those times when Ivy was overstimulated and wanted to be in a quiet environment. There was a campfire outside of the yurt so parents could sit and relax while the kids played safely. It was a really nice addition to the festival. People seemed to really respect the fact that children were sleeping in the family area so it was quiet late at night and Ivy had a full night of sleep without waking every night we were there! 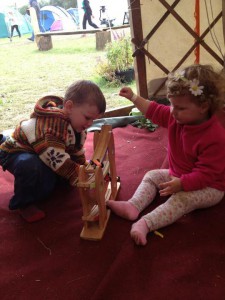 The Food: My main complaint about Shambala was that there didn’t appear to be a kid’s cafe in the Kids Field as was promised on the website earlier this year. If there was then it was very well hidden! Fortunately many of the food stalls offered kids options that were fresh and healthy, Ivy particularly loved the mushroom bolognese offered at the Wide Awake Cafe. I would probably take more of my own food next year as as always, the food was quite pricey but the quality really was great. 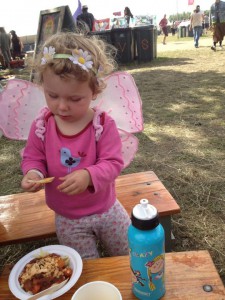 The Kid’s Field: I was a little disappointed that the horse-ride around the site wasn’t offered this year but aside from that, the Kid’s Field was great. Almost too good, as Ivy didn’t want to leave that area for most of the festival! The circus tent was absolutely fantastic, Ivy could have spent all day in there and it seemed to keep the older children happy too – they definitely enjoyed trying to tightrope walk! On the Sunday the balloon disco was a perfect end to a great weekend for the kids, even if the parents had to sit through songs like the Ghostbusters theme tune! I noticed the crèche workers were absolutely fantastic with the children too, the kids who were with the crèche seemed to be having so much fun, I think next year I would definitely dump Ivy with them for a couple of hours! The playhouse was a nice addition too and seemed to keep all the kids very happy. I think my (and Ivy’s) favourite part of the Kid’s Field was the music maze – seeing the kids pick up drumsticks and go crazy on bongos and giant xylophones was just amazing! 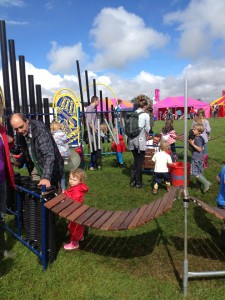 The Festival Highlights: The sandpit near the lake was an absolutely fantastic addition for us. Because Ivy was desperate to stay in the Kid’s Field for most of the weekend, having a place where she was happy to play but still getting to be amongst the rest of the festival was perfect for us! As long as you don’t mind your kids using old beer cups in replacement of buckets and spades, this seemed to be a favourite of a lot of parents this year. It also surprisingly remained clean throughout the whole weekend and the adults seemed to respect the fact that it was for the kids. I was expecting it to be covered in cigarette butts by the second day.

The Enchanted Woods was once again a highlight for us. Especially the slightly creepy giant jellyfish that was added this year. I am not entirely sure if the any of the buttons actually did anything, but the kids definitely seemed to enjoy pressing them!

There was a tent just outside of the kids field which also offered music and dance sessions and a kid’s disco, but the best things I saw in that tent was a man playing the guitar while two little girls sang along to ‘She’ll Be Coming Round the Mountain’. The cutest thing ever!

The music was also great this year, and Ivy loved sitting and playing on the huge hay stacks in the ‘Shambolympics’ area.

I would say that there were perhaps not enough toilets as there were always very long queues throughout the day, but the toilets were pretty clean throughout the weekend (if you are used to the usual state of festival toilets, that is!) which was quite surprising!

Once it got dark, there were still people out with their children and the festival still had a very safe vibe. I particularly enjoyed sitting in the Hurly Burly at 11pm on the Friday night with Ivy drinking warm milk and dancing while we chatting to two kids enjoying a hot chocolate before their bedtime! On the Saturday, Ivy slept on my lap while we had a cocktail and watched Metropolis in the very chilled out cinema tent. When does stuff like this ever happen in real life?!

The hot air balloons being released on the Sunday evening was a great end to the weekend, Ivy really enjoyed watching them and it just added to the magical atmosphere of the whole festival.

Overall we had an absolutely perfect weekend, even better than last year. I would recommend it to parents who want to go somewhere where they can feel safe and the kids are welcome but who are not after an overly-santised and commercial kid’s festival.

We are definitely going back next year, think it is going to become an annual tradition! 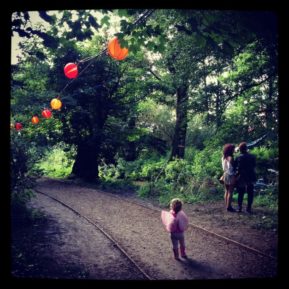 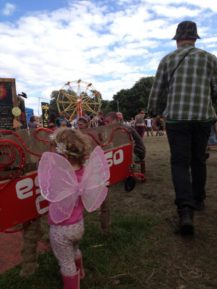 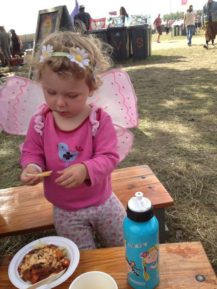 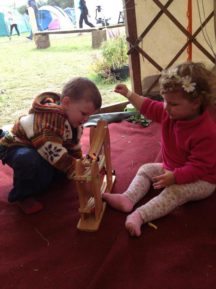 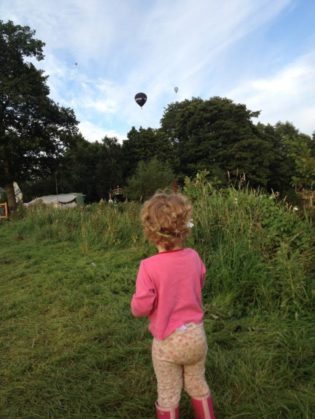 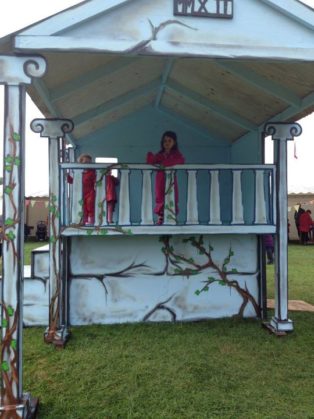 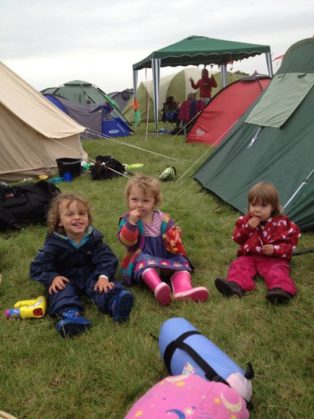 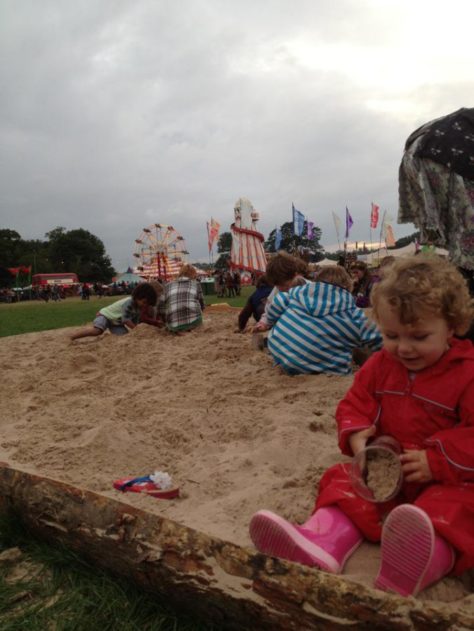 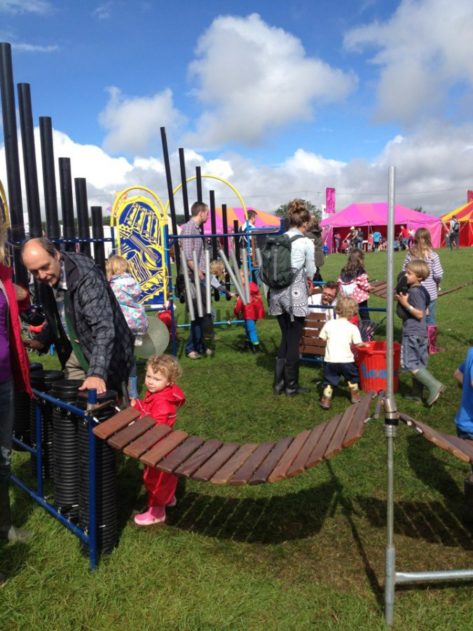 Read more about Shambala in our Shambala festival factsheet for families