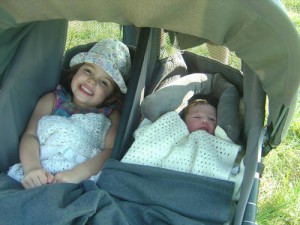 Its April and the Glasto Planning has started, the sun has been hot hot hot and as well as assessing the Glasto weather predictions (rain by the way), we’ve also been assessing the ‘buggy / transport situation’.  Transporting children around Glastonbury is a much more significant issue than at any other festival site in the UK because the site is so vast and the terrain so variable.

So our current dilemma goes a little like this:

– we could get a double bike trailer – which would be great for the 2 of them if Arabella was a wee bit older – but Arabella still needs to lie down to sleep and the trailer seats don’t lie flat!

– Connie still fits in the single Urban Detour Buggy (we always take 2 of them anyway as we carry the tent on one from the car BUT that means 2 of us pushing 2 buggies for 8-10 miles a day! – not really an attractive option

This will be Connie’s 5th, and Arabella’s  (10 mths old) 2nd Glastonbury Festival. It’s the highlight of the year for our family and the excitement never actually leaves us. As much as we joked about leaving the kids at home this year and running free for 5 days with our non-baby friends, the truth is we’d love it for a day but the guilt of having not taken them would soon set in, plus Connie would never ever forgive us!!!

Connie  woke up this morning sobbing her heart out, “Mummy have you been to Glastonbury and come back, I’ve missed it all, I’m so sad you went without me”…  It was a mix up of a bad dream and a bit of confusion.  She had overheard me and Harry talking about our Glastonbury plans to our friends.  We said, “We’ll set off in the middle of the night, pop the kidz in the car about 3am and when they wake up they’ll be at Glasto…” (These plans are made with the idea that if we are early enough we’ll be able to grab a pitch in the Cockmill Meadow family field).  Poor  Connie thought that we were leaving that night, and she told us she went to bed so excited that Glastonbury was tomorrow!  So you can understand her disappointment at waking up in her own bed still!  We now have to count the days down to Glasto for her  🙂

Anyway, the transport research continues and we’ll keep you posted on our progress – if you have any ideas or suggestions let us know! 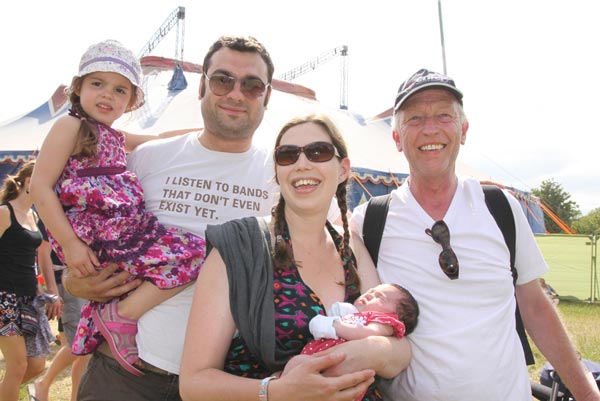