This summer Nozstock: The Hidden Valley celebrates its 20th anniversary, entering a small group of festivals who have reached two decades of creating magic each summer.  It’s a huge achievement for the family-fun festival which is set across their working farm in the rolling hills of Herefordshire.  This year the festival runs from Friday 20th – Sunday 22nd July.

It is an event which has grown from a group of like-minded friends gathered together many years ago into a truly mesmeric experience of wonder and enchantment for all the ages. 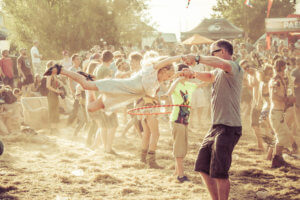 As ever, it’s a kaleidoscopic mix of headline names, up and coming talent and seasoned stars forming an incredible range of styles across the event’s ten intimate stages.

Nozstock The Hidden Valley’s Little Wonderland Kid’s Area features a vibrant spectrum of children’s entertainment.  The festival embraces a whole family festival experience from beginning to end, and this is a friendly welcoming environment for both parents and little ones alike. 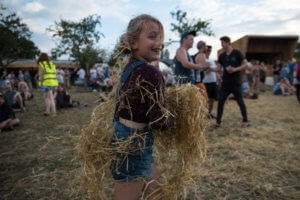 All are welcome to get creative, be amazed by wondrous stories, sculptures and entertainment, or roll their sleeves up for some physical fun.

All events and activities are free of charge in the Little Wonderland Kid’s Area across the whole weekend, as the festival always strongly believes families shouldn’t foot the bill for festival fun.

There’s even a bottle warming service!

Find our more about the festival in our Nozstock festival factsheet!