One small step for man, one marvellous, muddy weekend for this Festival Kidz family.

Joderell Bank observatory in Cheshire was recently declared a UNESCO world heritage site. It was also home to Bluedot 2019.

The festival made full use of its unique setting, wrapping stages and activities around the gigantic Lovell radio telescope.

Unsurprisingly, there was a strong science theme. This year’s festival even coincided with the 50th anniversary of the Moon landings.

Science needs creative thinking and at Bluedot this was blended with innovation, activism and art.

A giant moon hung near the entrance. At night the Lovell telescope danced with moving projections, forming a spectacular main stage backdrop for headliners including Hot Chip and Kraftwerk.

Our surprise highlight was the hands on science exhibits. Forget about school science classes, this was playing with robots, creating tiny explosions or “infecting” other festival goers with stickers.

Many of the stalls offered free craft activities, face painting or even cookies. The kids loved it. There was so much to do and learn, we could have spent the entire weekend just on the stalls.

My favourite fact was that astronauts have a little patch of velcro inside their space helmets in case they need to scratch their nose.

There was also a range of more grown up science talks and so much more we didn’t even get to. Comedy, films, one night we stumbled upon a live stage version of the old kids TV show Nightmare.

I was glad of the free Bluedot app on my phone to keep track of what was going on. Although it was hard to drag the kids away from the science area when an eight foot singing robot or a show about poo could turn up at any moment.

The environment was all important at Bluedot 2019. Extinction Rebellion hosted a stage and many talks dealt with the threats to our planet.

But it wasn’t just talk. Waste was reduced, reused, recycled or composted wherever possible. Bluedot planned to send nothing to landfill. This year they also tested alternative power sources for their generators, planning to use the data gathered to make them even more sustainable in future.

Arriving just as the gates were opening we grabbed a parking space right by the entrance; with an easy 5 minute walk to the family camping field. Family camping is grassy and wonderfully flat but it soon got busy.

I was glad we had the additional tickets for Thursday arrival. Things would have been trickier on Friday when the main festival opened and so did the heavens! The rain turning all the main walking routes to thick mud.

Accessible camping was much less crowded and nearer to the action, but getting around in the mud must still have been an issue for some people (it was hard going even with an off road buggy).

I never once queued for toilets or taps in the family field. Elsewhere there were short queues at busy times and everything was usually pretty clean.

Showers, however, were a premium option. A weekend pass to the “Meteor Showers” included plenty of extras but cost around £45. Some basic free showers would have been nice given the length and muddiness of the festival.

Even buying dinner had a technological edge at Bluedot. Our recycled wristbands doubled as a cashless payment system. This seemed to work pretty smoothly and it was easy to reclaim unspent money after the festival.

Food options were plentiful, varied and including lots of vegetarian and vegan choices. Although I didn’t see anywhere offering cheaper kids portions, which would have been good. The Real Ale tent had the best value beer at around £5.50 a pint.

By Sunday the rain had gone and the ground dried up. We left Bluedot grubby but overflowing with stories to tell and experiences to remember.

Did you drive a miniature Mars Rover this summer? Did you make paper clips levitate? Wear a pulsar in your hair or smell the moon*? We did all of that and so much more.

So thank you Bluedot. It wasn’t a giant leap for mankind, just a drive up the M6. But it became a voyage of discovery. 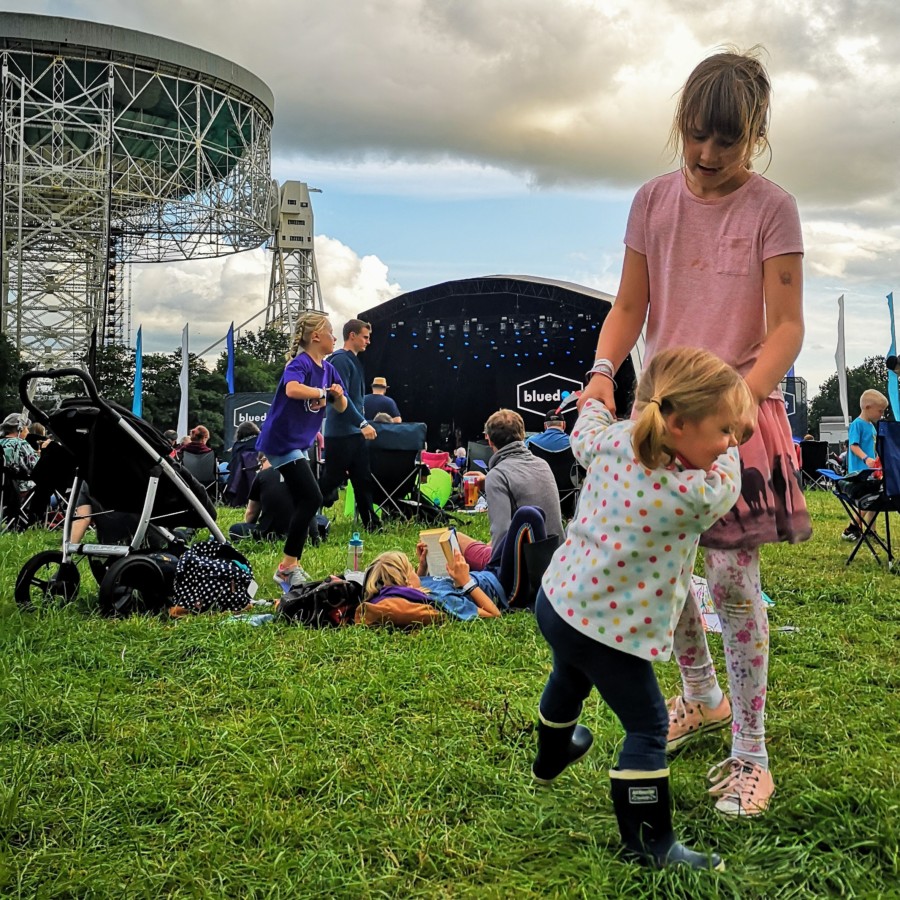 Bluedot 2020 will take place at Joderell bank in Cheshire, July 23rd-26th. At time of writing weekend camping tickets cost £168.75 for adults, £87 for 11-15 year olds and are free for under 10’s. Thursday tickets, camper van tickets, and glamping options are also available.

*In case you are wondering, the moon is surprisingly stinky 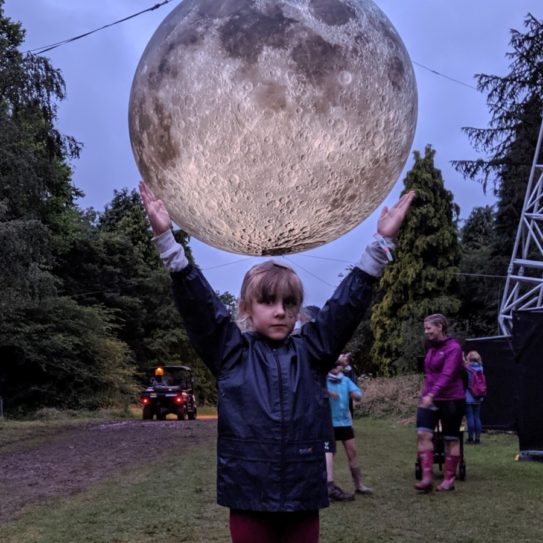 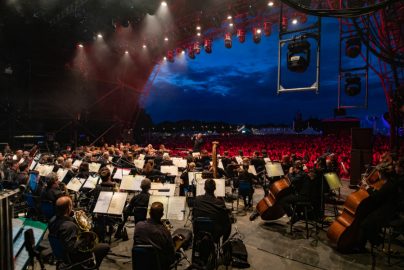 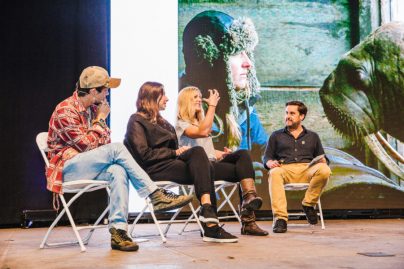 A fascinating but worrying talk about the work of the WWF and the film makers of Our Planet. Image Credit: GH 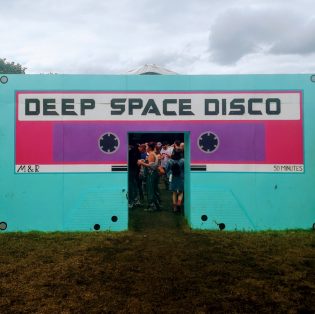 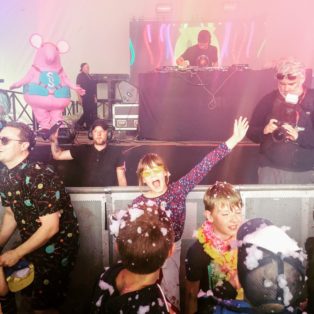 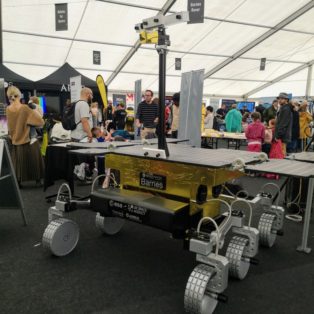 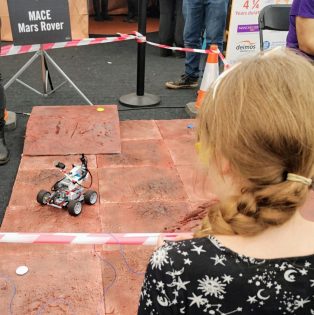 A mini Mars Rover you can have a go at driving 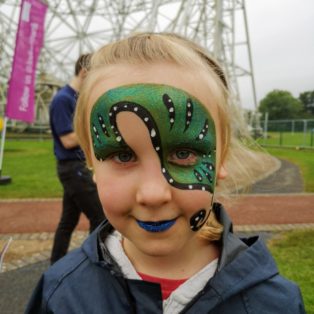 Free face painting is available at some stalls 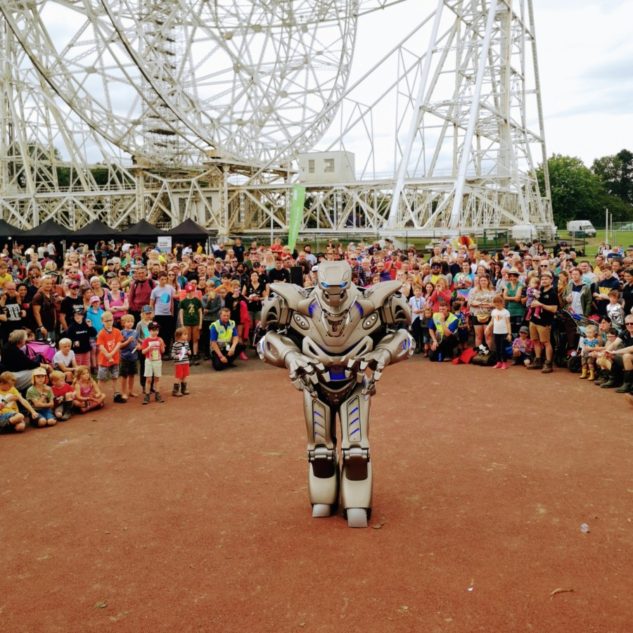 Titan the robot put on a hilarious show 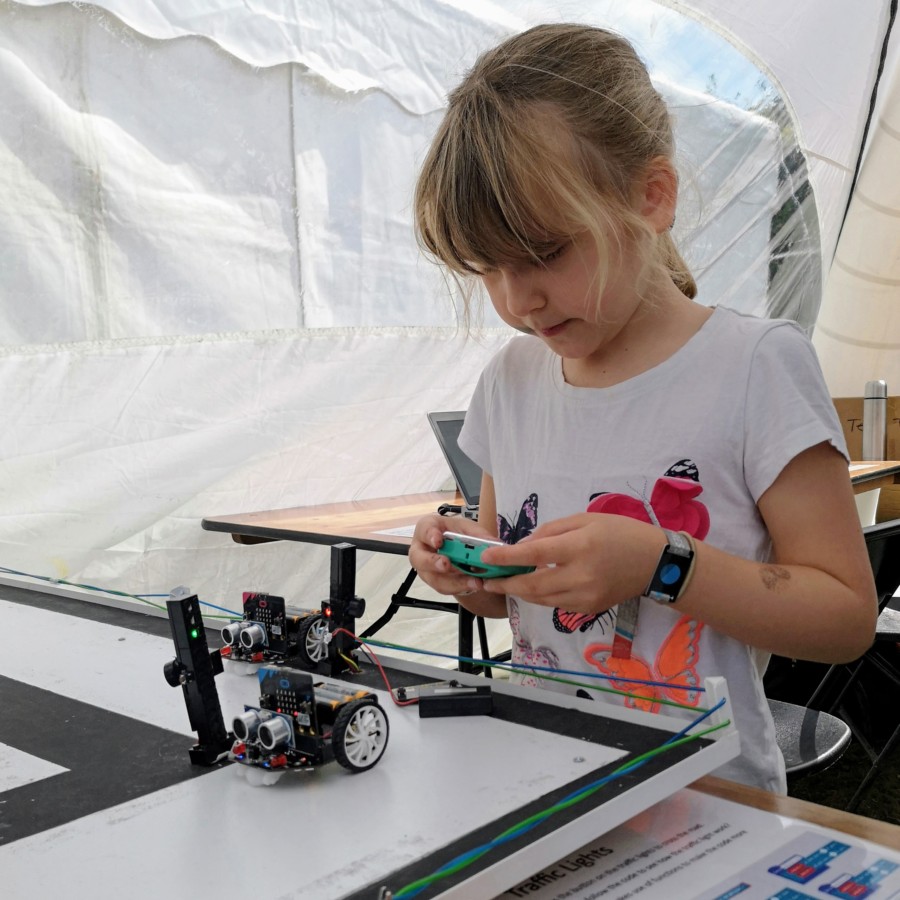 Martha had a go at programming robots

See more about Bluedot on our family friendly factsheet..