Chilled in a Field is small but perfectly formed 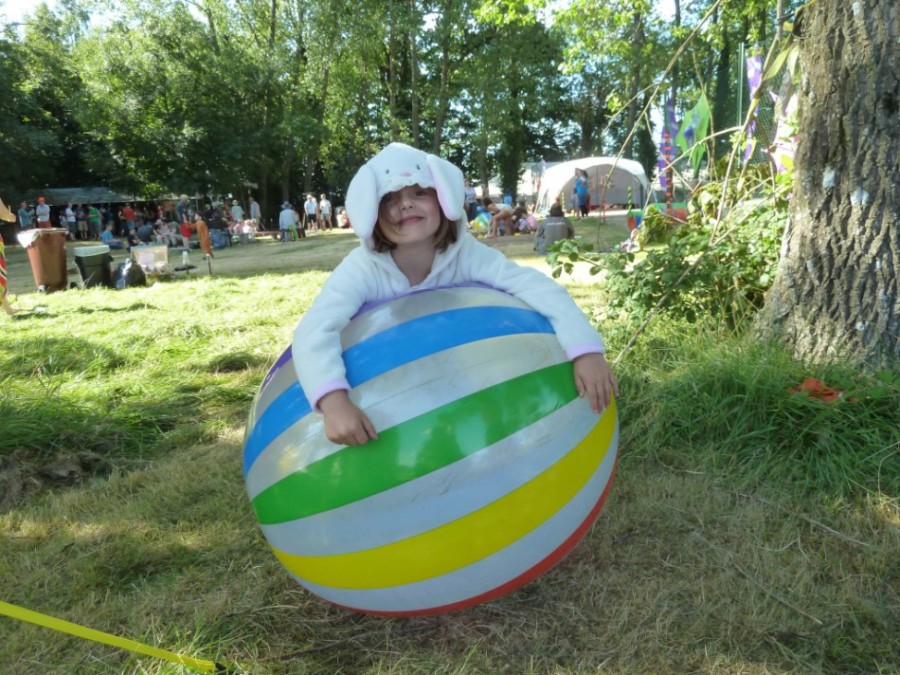 *Chilled* in a Field will always mean something special to our family, as it was the first festival for our two youngest last year, aged only 2. We wanted to visit it again but I admit I was a little bit concerned that as we had since been to much bigger festivals we might be disappointed in one so small. However I shouldn’t have worried – what *Chilled* misses out in big names and variety of entertainment it more than makes up for with atmosphere, enthusiasm and heart.

The children were much easier to look after this year so we were able to experience more of the festival (what a difference a year makes with small children!) and I realised that it is difficult to find this kind of event on the festival circuit these days. Where many festivals have been taken over by commercial interests it is wonderful to come across a small festival that really is being held for the love of it, and for this reason we hope to return year after year, as long as the ethos remains the same.

First of all the site is incredibly beautiful. It had moved from last year but they found somewhere new on the top of a stunning shallow valley – right in front of our tent we could see fields of horses and sheep, and I was even woken in the morning to the sounds of birdsong and baa-ing!

We arrived late on the Friday and the tiny campsite had nearly filled up – mainly because families had spread out with gazebos and chairs – but we found a spot in the campervan field which was great as it was lovely and shady and we could park right next to our tent.  The car park itself was only the other side of the fence from the main camping anyway so no one had far to carry their stuff.

We were a five minute walk from the main part of the festival – which was spread out in two small clearings in the trees. In one clearing they had a kitchen serving food all day, as well as toys to keep the children occupied such as a big musical instrument for them to bang with spoons and a small maze.

In the other clearing there were two music tents – the acoustic tent and the DJ tent. The acoustic tent also contained a stall selling drinks and cakes, and a shop which sold things like glow sticks and bracelets. The DJ tent had the DJ box at one end and the bar at the other. There was also a communal bonfire for late night chats and marshmallow toasting, and BBQs with free charcoal for anyone to use.

In this part of the festival there was a dressing up tent (containing a large assortment of fun clothes for both children and adults), and a new addition to the festival, the kid’s play tent which was brilliant for the younger ones.  Inside there was a little electric train set, many boxes of toys that kept them occupied all weekend, and comfy cushions and rugs around the edge for parents to relax and chat.  I mentioned in my review last year that there was not enough for the under 5s – they had definitely addressed this and there was plenty for them this year.

There was also a tennis court with a variety of balls and bats (none of which matched – I have made a note to bring tennis racquets and balls in 2014), a giant jenga and chess set, 2 little trampolines and the ever popular sandpit.  And this was the beauty of the place for families because you could actually jump around on the dancefloor for a bit while watching your children happily playing on the other side of the field. And then you could go and join in with a beach ball volleyball game or a waterfight that had spontaneously started. Or you could just laze around chatting to new friends. 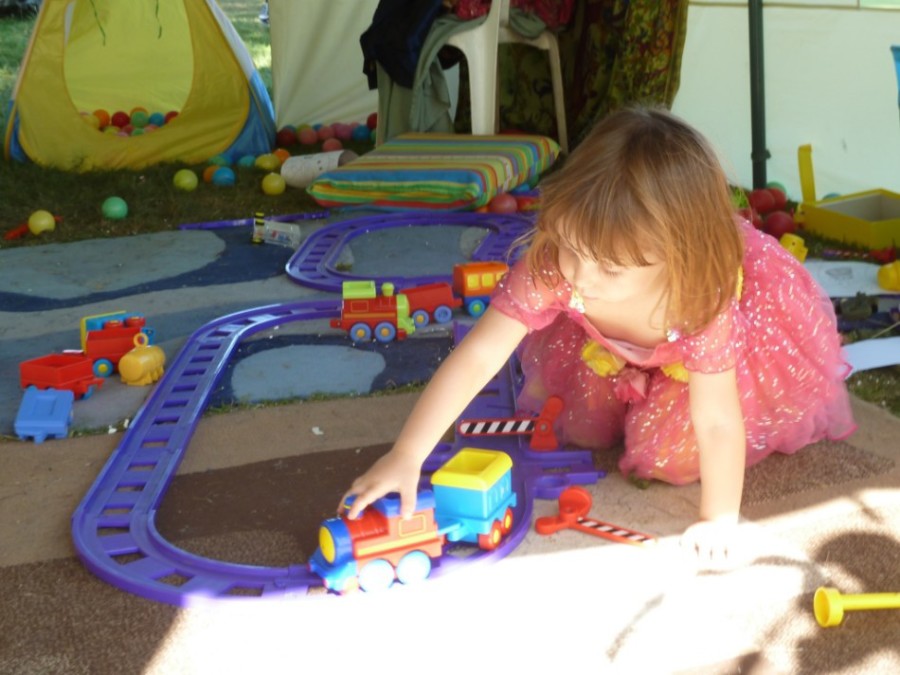 There were various activities at different times for children – our favourite was the water bottle rocket workshop where we spent the morning making them and then went out to the next field to launch them one by one to much cheering and clapping; as some of them failed and drenched the crowd while others soared high.

All the bands and entertainment I saw were high quality, although I admit I missed many of them as the weather was so lovely and the bands were playing in a dark tent! But I caught the amazing folk band Hoopy Frood, the incredibly sultry-voiced She Drew the Gun, and the gentle observational humour of Sacha Ryder (we would like more comedy and spoken word please!)
I was sad to have missed The Cracked, which I heard from several people were a brilliant blend of Afrobeat and Latin music, and Tribe of Tinkers who were a fantastic folk band that we had fun dancing to last year. Let’s hope they come back again next year.

The star of the festival had to be the little dance tent, with its lovely little bar selling real ale and seven different fruit ciders (all £3.50 a pint), its brilliant laser show which the children loved to jump around in and its multitude of fantastic DJs.

But what made *Chilled* special were the people there. It felt like a little bit of Glastonbury from years ago, with a complete mix of ages and backgrounds – old style hippies to new style clubbers – everyone was there. The stewards and performers all bouncing around in the DJ tent while they weren’t working. All the families we met in the children’s play tent, which included the lucky winners of the Festival Kidz competition and the Chilled Facebook competition, who were brother and sister! The lady I’d met the year before who waved at me across the dance floor. The guy in the acoustic tent who had a drum and joined in musically with all the bands. The people that started the samba rhythm on the ‘Rig’ (massive instrument made of scrap) allowing everyone to pick up a stick or spoon and join in, until it was so infectious people were dancing around us. The event organiser who had kindly jump-started our car last year (see my 2012 review!) who greeted my husband with a big hug. The people camping behind us who let me see into their campervan (we’re interested in buying one) who turned out to be part of the entertainment (wandering performers the Ear Dentists of the Mind), who later pronounced me “mad as a bag of spanners” in their bizarre psychoanalysis test. The witty child who told everyone that our wagon was a ride so that we were invaded by children jumping in and asking to be pulled around the field. The young clubber type with a cocktail who I overheard saying while ambling through a raging waterfight “I don’t mind if they hit me, but if they dilute my drink there’ll be trouble!”. The lady wearing a furry hood, boots, tail and little black dress who I met in the toilet queue and told her she looked amazing, and who hugged me and replied “I think you’re amazing being here with your kids!” And most of all, all the lovely children who made friends with mine and ran around in little gangs like they’d known each other for years.

I now have to mention the only negative thing – it’s the usual story, that there weren’t enough toilets. None of the families I met there seemed particularly bothered by this, most of them had already worked out their own solutions (and we had come prepared with our bucket with enough compost bags to last the festival) but it would be good if the organisers could fix this problem.

Still I would rather go to a festival like *Chilled* in a Field the way it is than a soul-less one with sparkly loos!

So – if you want big name bands and lots of different entertainment to choose from you need to find somewhere else. But if, like me, you like your festivals laid back and friendly with some great DJs and an old style festival vibe then I’ll see you there next year across the dancefloor.

You can find more photos on our Facebook page here 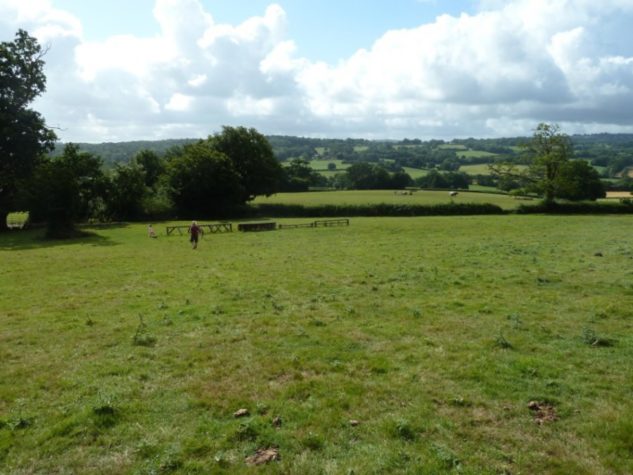 The stunning view from our tent as our children disappear into it! 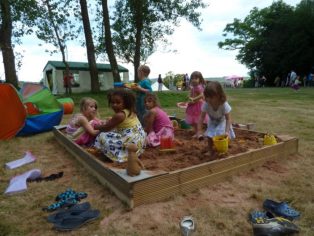 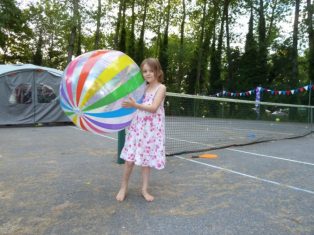 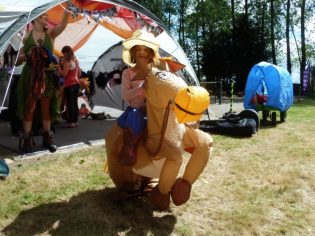 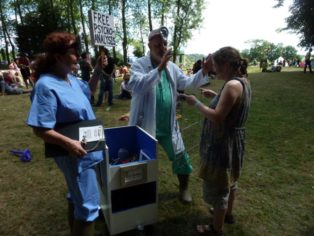 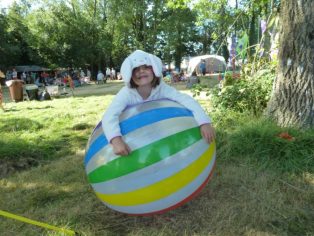 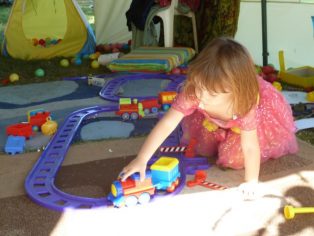 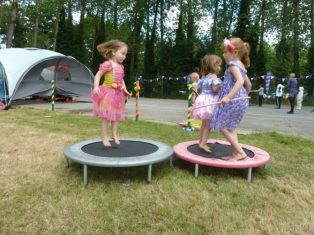 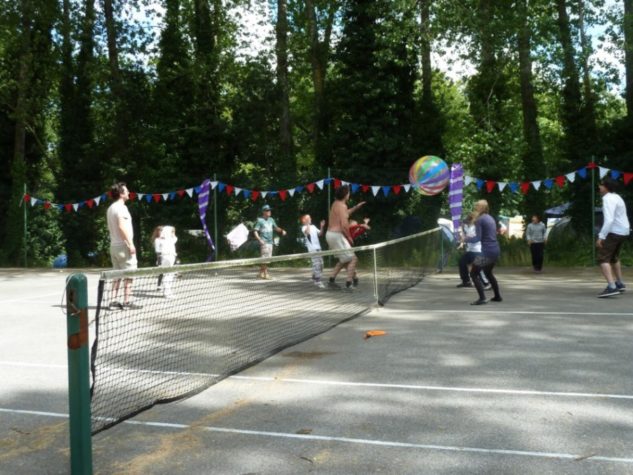 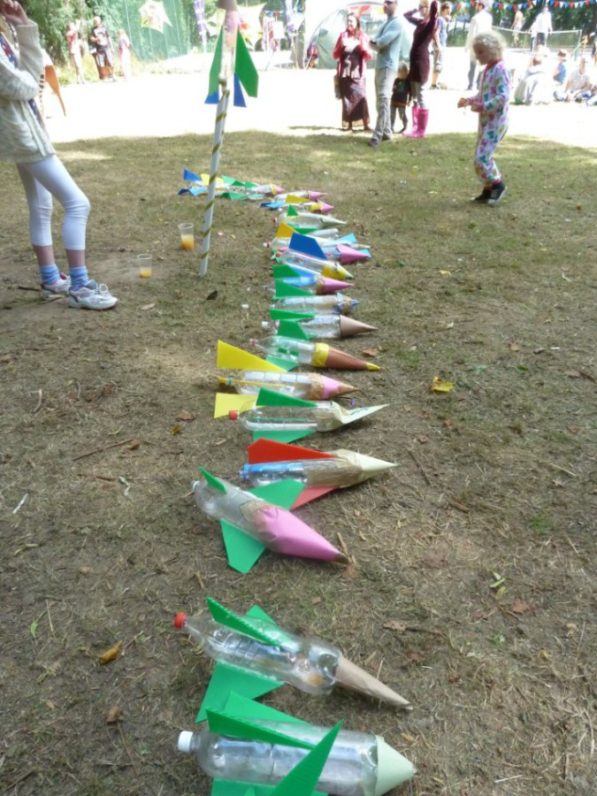 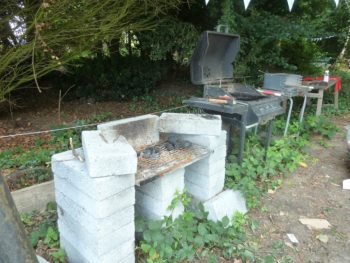 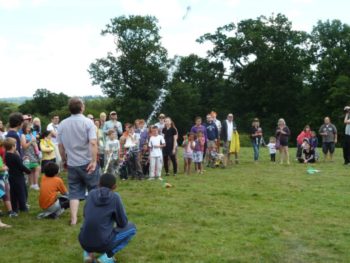 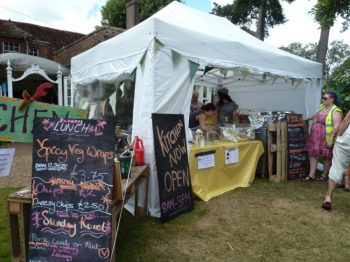