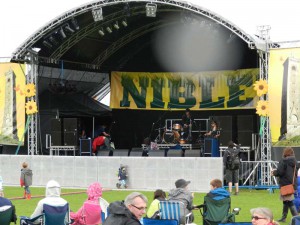 As with most festivals that have taken place so far in 2012, the weather has been a major pain in the neck (that’s putting it politely!)

Our usual journey to North Nibley takes 4-5 hours… but not this time! We left home at 12.30 Friday and from the time we set off it did not stop raining. I can’t recall being able to turn off the wipers for the whole journey which due to the weather and traffic conditions took 6 and a 1/2 hours 🙁

When we finally arrived at Nibley House (directly opposite the festival site) we were directed to some lovely guys from Treecreeper Arborists Ltd who were towing the vehicle in front of us onto the field.  My husband asked if they would mind if we tried giving it a go ourselves worried that our precious Dolly might end up having her front end ripped off (I’m sure she would have been fine, but she is a delicate soul!)… So into reverse and then back into first and to the cries of “Come on Dolly you can do it!” and my husband managed to get her to where we needed to be.

Now for the fun bit – it was now pouring, and in record time my husband and I managed to set up the awning. Soaked to the skin and with two kids (aged 13 and 4) who just wanted to get out and stretch their legs, the niggling thoughts of was it all worth it started to creep in!

Although North Nibley did all in their power to put on a great show, Mother Nature was definitely not being kind, and certain changes had to be made… .

We were really miffed that half way through Dodgy‘s set we had to take the decision to leave and get back to camp. The heavens had opened and we felt it unfair keeping the kids out any longer in what can only be described as truly atrocious conditions. The next morning we had the chance to catch up on how things had turned out, and were told that the main stage roof had been declared unsafe due to how much water it had collected and Dodgy‘s performance had to be cut short. The Selecter still got to close the show but had to be moved into the marquee, so a massive well done to the organisers for sticking with the ethos…. the show must go on!

Music Line Up:  This was North Nibley Music Festival’s sixth year and ours. The line up just gets better. The Selecter, The Christians, Dodgy, Proud Mary, Imperial Leisure, The Roving Crows, Stone Foundation and more.  The most memorable moments for me come from dancing down the front with my lovely sister-in-law to Ideal World and Harvest For The World performed perfectly by The Christians – at that moment it was definitely all worth it!

My husband’s highlight was a surprise performance by N.F. Porter who was on stage with Stone Foundation – being a big Northern Soul fan he was in his element and it was huge smiles all round.

Kid’s Entertainment:  As always the extremely friendly North Nibley folk know how to look after all ages and there’s lots laid on for the kids including an inflatable version of a Laser Tag Arena (my 13 year old daughter and friends loved it) Junkfish – a fantastic arts and craft area run by Liz (unfortunately this year I did not have the opportunity to say Hi due to my 4 year old being more than happy to enjoy the bands with us and cover all those around us in bubbles with his new bubble gun!),  The Playbus – soft play on a big yellow bus (again didn’t get the chance to get on board this year but had great fun on the big yellow bus last year) and lots lots more.

Phone Coverage: Had no need to use phones being that it is not a huge site.

Nibley Festival is in it’s sixth year and as far as I can recall only once before has it rained and even then it was only a shower. North Nibley is in a beautiful part of the country and when the sun shines the views are breathtaking. Even with all the rain and waterlogged ground this year, the festival site itself held up and did not become too muddy – the only really muddy areas were small parts of the campsite (mainly the entrance to the camping field) and for some reason it seemed our awning turned into a bit of a mud bath!

If you fancy a one day fun packed festival with something for all it’s a must, although be quick as 2012 sold out in just 36 hours.

Find out more about North Nibley Music Festival in our festival factsheet. 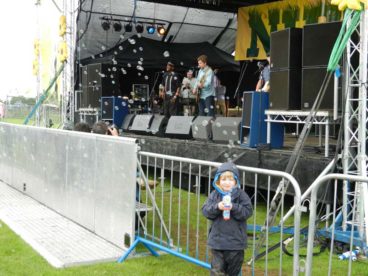 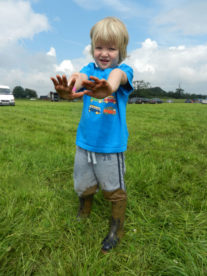 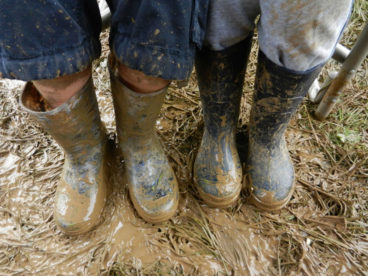 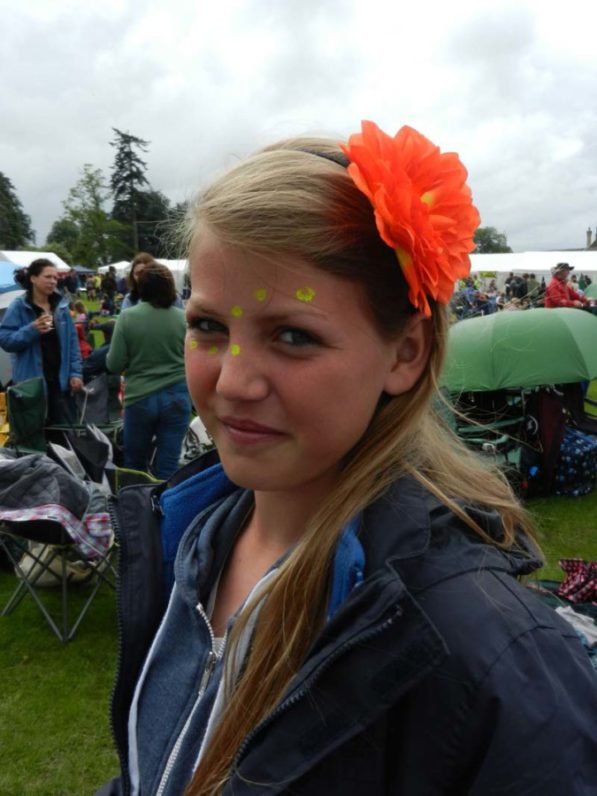 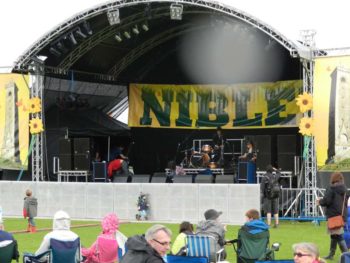 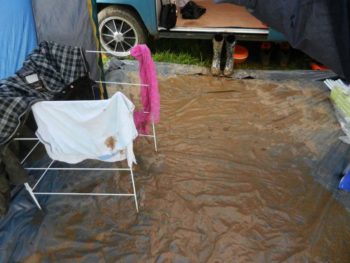 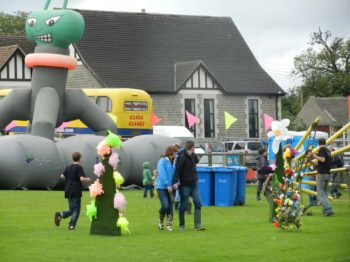 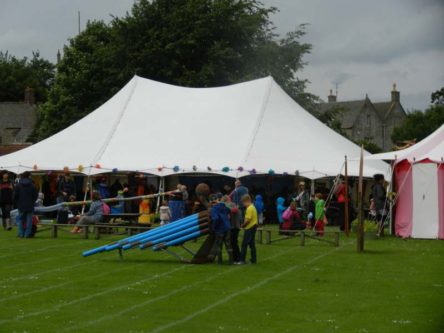 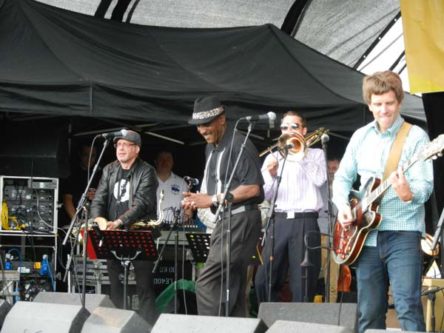 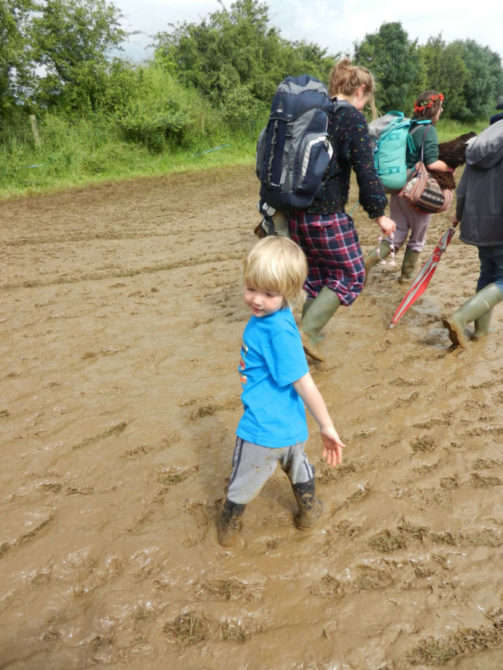