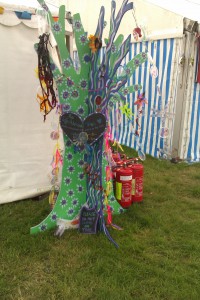 Looking back through past line ups, Wychwood appears very impressive for one of the smaller festivals, and for their tenth birthday celebrations, they pulled out all the stops!

This is definitely an extremely family orientated festival, almost exclusively attended by young families. A massive focal point of the festival was The Parade, which everything stopped for on the Sunday afternoon. The huge kids’ field boasted countless opportunities among the impressive array of various craft activity stalls for making treasures to exhibit in the Sunday Parade, which was a beautiful procession of activity organisers and children – so proud of their achievements.

We arrived on site on the Friday evening, and had the pleasure of setting up with The Real Thing, and then The Stranglers as background entertainment. The festival was easy to find, as it is on Cheltenham Racecourse. (Whenever we were back at the tent, the children found plenty of amusement pretending to be racehorses – bonus!) We stayed in disabled camping, which was close to the showers, the stewards’ tent, the main arena and in fact everything we needed. It was lovely and flat, but the whole site was, so perfect for camping. Almost everywhere was accessible via concrete paths or makeshift roads. We were very fortunate with the weather, but I don’t think rain would have caused too many problems for wheelchairs or buggies. 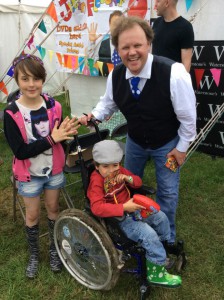 The headline acts were The Stranglers, The Levellers and The Boomtown Rats. All were excellent, of course, but the main stage highlight for most of the families was definitely Justin Fletcher, and the Tumblettes on Saturday lunch time. I had seen Justin on stage a couple of times before, and knew we were in for a treat, and was not disappointed. My son nearly made himself sick with laughter, whilst re-enacting some of the scenes from the show, honking his nose and falling over! We watched from the disabled viewing platform at the back, and had a great view. Justin stayed for a Meet and Great session after the show. Justin remarked on the amazing crowd and wonderful atmosphere at the festival, and said that he loved how interactive it was. He was a big hit all round. I also spoke with Mark and Jeremy from The Levellers, who said that they would love to have Mr Tumble at their festival.

It is difficult to know where to begin when describing the childrens’ area, as the sheer volume of activities on offer was just amazing. There were workshops for singing, music, drumming, and circus skills. There was glamba, there was drama, and yoga. The craft activities included making birthday bunting, sun catchers, lanterns, tutus, masks and jewellery. At the Roald Dahl Museum tent, children could make artefacts from his stories. I saw a wonderful Great Glass Elevator. They were also putting on an hourly Revolting Rhymes story telling session, and as story tellers, Will and Will were hard to beat. 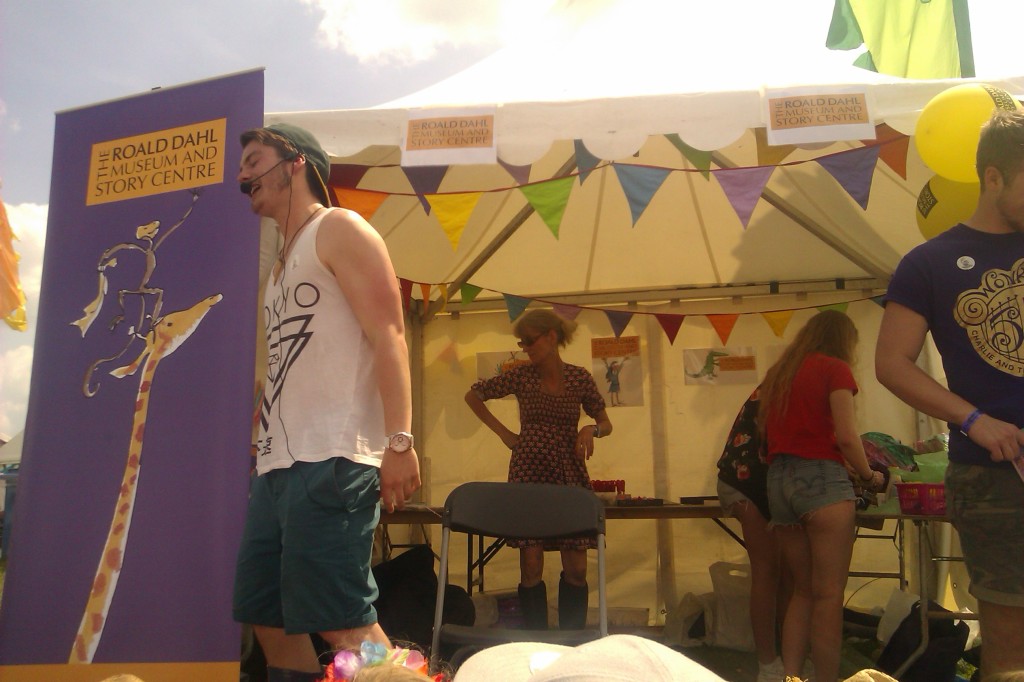 The Children’s Literature Festival had two adjacent tents – one for the bookstore, and the other played host to sessions put on by over a dozen different children’s authors and illustrators. We went to see Tom Percival (Herman’s Letter), who began with a reading and involved the children in helping him design new characters, and then designing their own, who may even end up in one of his future stories! 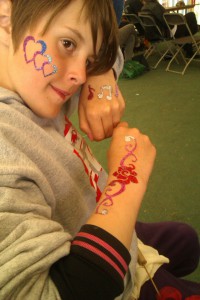 My daughter spent most of her spending money on glitter tattoos at Glitter Bugz. This was a stall run by the wonderful Transylvanian Trekkers – three wonderful ladies, raising money for Cobalt Cancer Charity, Alzheimer’s Society, and James Hopkins Childrens’ Charity. They just about managed to sate her thirst for body art for another festival!

This was a lovely festival. The overall feel was that of an oversized village fete, albeit with huge headliners, and kids’ activities to rival… anything. I think my personal favourite was watching the Syren Alternative Belly Dancers dance to Marilyn Manson’s cover of Tainted Love – beautiful. The little touches made a huge difference, like the free security lockers, and the phone charging for £1. The stewards were all spectacularly friendly and helpful. The beer tent was reasonable (£4 a pint), and housed a dozen of Wychwood’s and Ringwood’s ales. Although this meant that the silent disco could be heard from some distance with everyone singing along to Queen!

One disappointment to note was that there was not that much offer by way of options for food for children to eat. The Higgedy Pie van offered a £6 kids deal, which included a slice of quiche, a fruit snack, a drink and some stickers. Other than that, there was one pizza outlet, £6 for a Margarita, and the usual suspects for eateries. Unless I missed it, (as we took some supplies and a camping stove), the choice for children was limited. On the first night we treated ourselves to hot chocolate from The Deli, who definitely added to the great festival atmosphere for my daughter, as they treated her like a princess!

The toilets were kept reasonably clean and well stocked up with toilet roll and sanitiser until late on Sunday. There was also a note in the programme asking guests to notify the stewards if this wasn’t the case. The programme was £5 and included cooking oil, toothpaste, sweets, bubble gum, feminine wipes, a drink and a local paper – a good choice of essentials, I thought! There were only twelve showers to serve the whole site, but apart from between 8 and 10am, there was no queue, and these again were kept clean enough until the Sunday evening. I would recommend packing flip flops, though – as there will always be MUD! 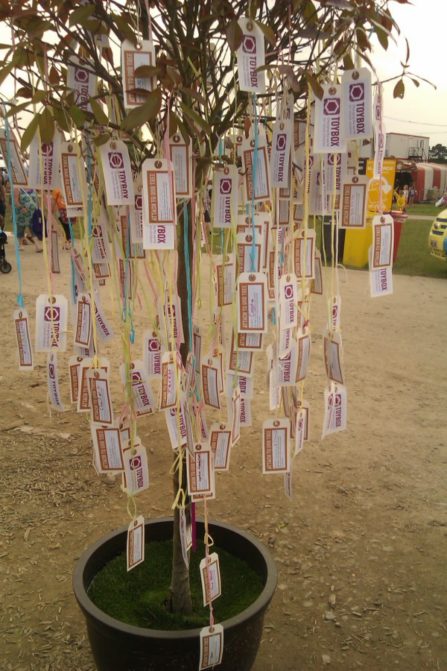 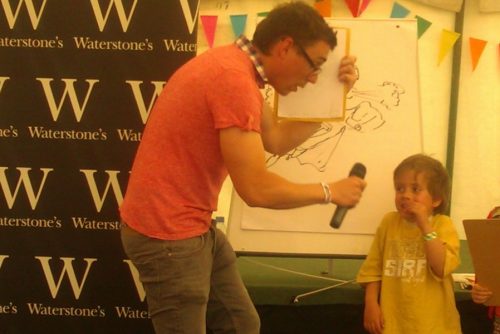 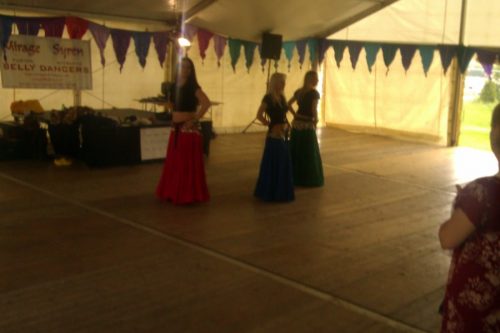 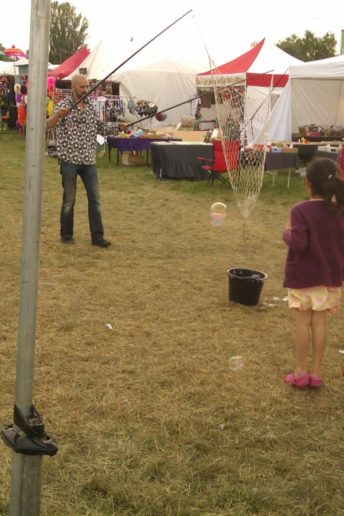 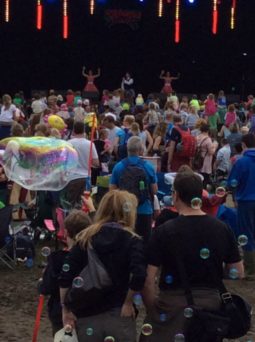 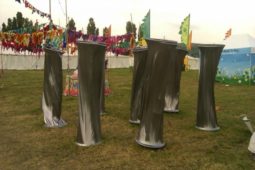 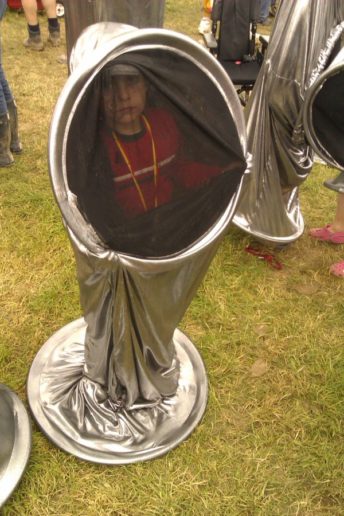 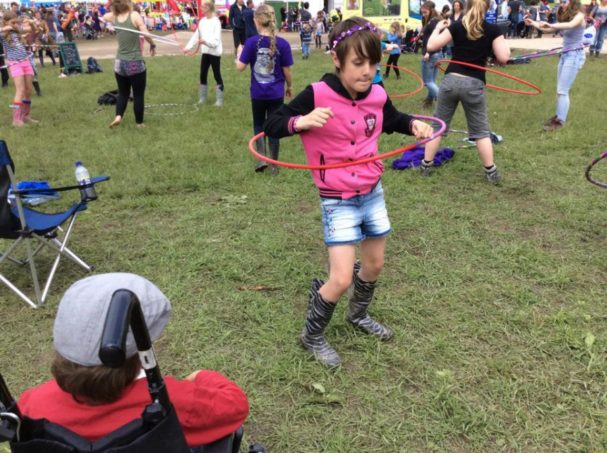 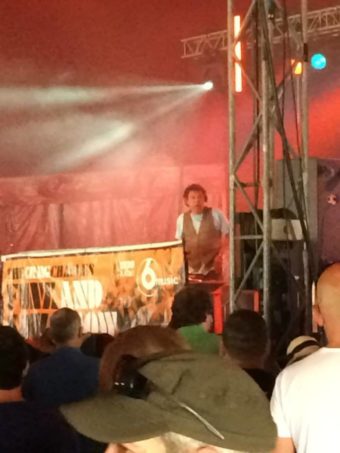 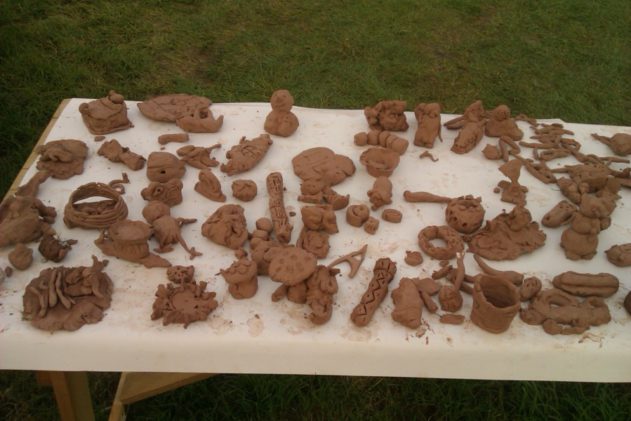 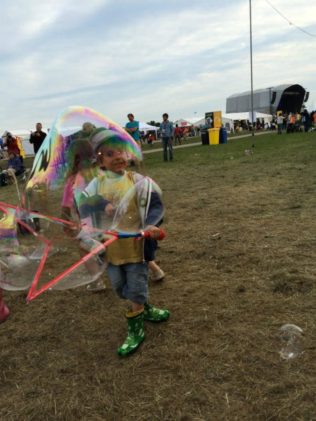 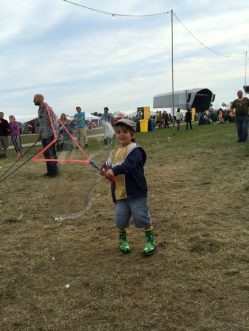 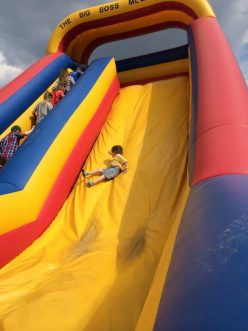 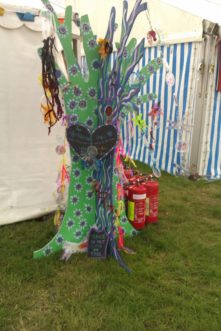 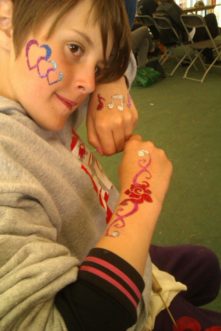 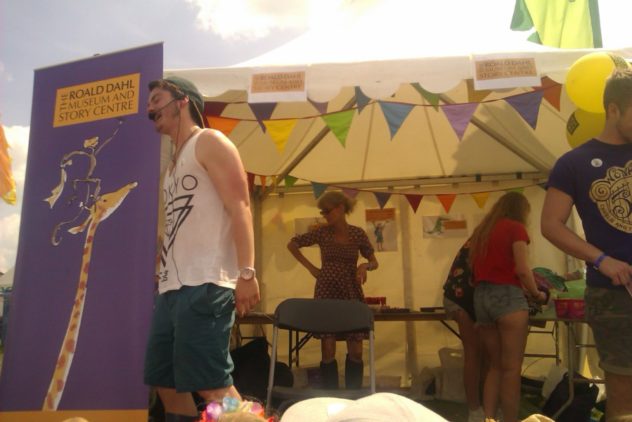 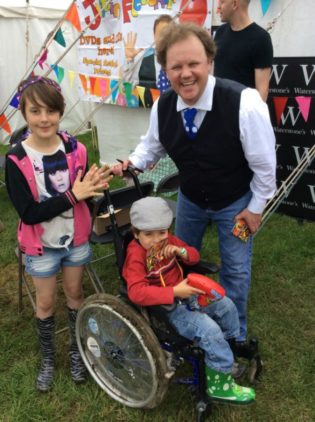