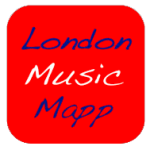 The London Music Mapp is a new FREE Mobile Music & Travel App for the iPod Touch, iPhone and iPad launched this week.

The London Music Mapp is a travel guide to London’s many popular music locations, but it is also going to help lead many music tourists to discover locations they probably never have knew existed.

London is one of the world’s great music cities and it not only has a fascinating musical heritage, but a vibrant musical present and a unique musical geography which touches every part of the city.

The London Music Mapp will soon be available in different languages, so that it is as easy as possible for overseas visitors to really enjoy London and its musical landscape.

The London Music Mapp will be regularly updated with new locations, images and information each month and the creators are asking Musicians, Fans, Labels, Studios, Retailers, Clubs, Venues and indeed anyone else who loves music, to send them details of any other uniquely musical locations in London that should be on the Mapp.

Put Yourself on the Music Mapp

If you run or manage a shop, label, venue, Charity or are involved in any other uniquely musical business or organisation you can request it to be added to the Mapp.  If you are a fan and or your favorite song mentions your area of London or somewhere you know, send them an e mail telling where it is, what it is or better still, if it has one, the website link.  E-mail: londonmusicmapp@yahoo.co.uk 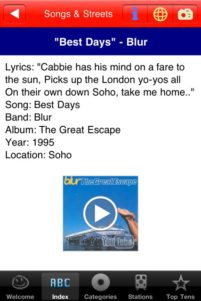 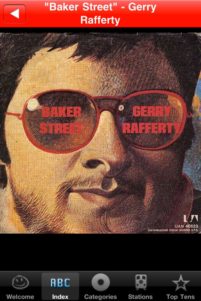 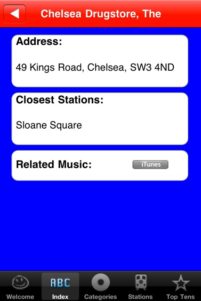 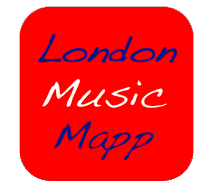 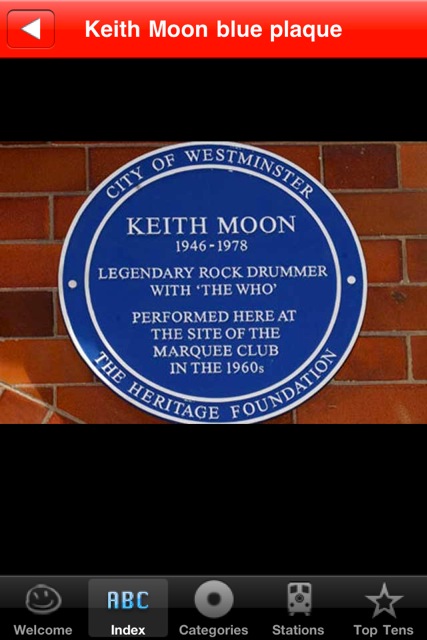 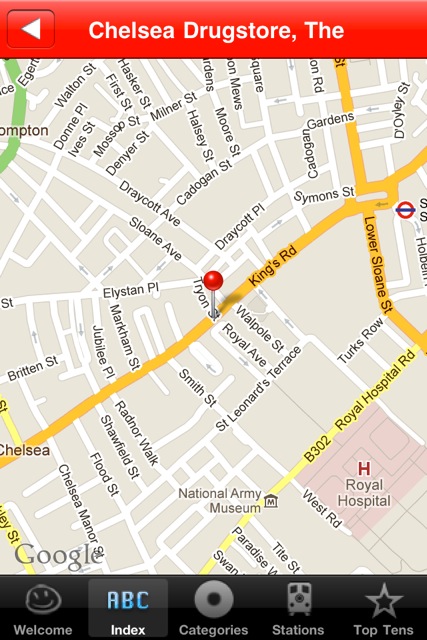 Searching the London Music Mapp is easy and fun, as the locations are divided up as follows:

Venues: The biggest and the best live venues in London are all listed. The city has a vibrant live music scene where you can see every kind of music you can possibly think of, from such world famous names as The Royal Albert Hall, to small Pub venues, of which the capital has dozens. From Classical Music, Jazz and Blues to up and coming Indie Bands, Folk and
Reggae, the Capital has something for every music lover.  Each entry includes a link directly to the Venue’s website so you can get up to the minute information on what is going on and when it starts.

Clubs: Some of the best Dance Music in the world is made and in London and the capital has some of the world’s finest Clubs. They have gathered together the locations of the biggest and most successful Clubs like “Ministry of Sound”, Fabric” and “Pacha” and also many of the smaller, cutting edge ones where London’s up and coming DJ’s can be found. The entry for each Club includes a link to their website, so you can easily get up to the minute information on DJ’s Club nights and the type of music you can expect.

Landmarks: London has an incredibly rich musical history, and loads of interesting locations are included.  The original homes of legendary musicians began their careers, locations where classic albums were recorded, and venues where bands first performed.  They’ve also included places where album covers were photographed and where videos were shot.  Some locations are still as they were, many others now serve a very different purpose.

Record Stores: London has some of the best specialist record stores in Europe. Browsing the racks for those hard to find releases, collectables and rarities is one of life’s great pleasures. Nowadays many of the stores have cafés and restaurants and hold live events, making them more than just a shop but a great music destination.  They’ve listed big chains like HMV and excellent Indie stores like Rough Trade, to the small second hand vinyl stores and Reggae, Classical, Jazz and Dance specialists.  For each entry they’ve included a link for each store’s website so you can see their latest offers, releases and any live events they are putting on.  What better way to spend a few hours in London than in the pursuit of great music?

Musical Instrument Stores: From the oldest to the most modern, from Piano’s and Guitars to Ukuleles and Accordians London has specialist stores for every type of musician and musical instruments, many of the stores are world famous, others less well known.

Recording & Publishing Labels: From Majors to Indies, from the biggest to the smallest, dozens of record and publishing companies are listed. Ever wondered where all those decisions were made and bands discovered, well now they are on the Music Mapp.

Recording Studios: Where music is made is as important as when, so Recording Studios old and new, from the venerable Abbey Road to the small and less well known Jo Public are included. Go and see where your favorite albums and songs were recorded. Many of the studios have excellent bars and restaurants open to the public and also organise music events so they are well worth a checking out whilst you are in town.

Songs & Streets: We are having a lot of fun with this category, London has been a muse for songwriters and composers for centuries, so they’ve begun collecting together songs who’s lyrics and titles name specific locations in London – Baker Street, Wardour Street, Wimbledon Common, Clapham Common, Acacia Avenue they are all on the Music Mapp.

Miscellaneous: In addition to all this information we have also included many music locations which do not easily fall into any of these categories.  Musical themed restaurants like the Hard Rock Café, Charities, Music Industry Organisations and Unions all sorts of other no less important “Musical Locations” without which the would not rich musical geography of London would not be complete.

Finally if all this was not enough, for fun they are adding a regular update of the Top 10 locations in London and a trivia competition to the Music Mapp, something to test your knowledge of music in London and keep you up to date with what they think you will find interesting in the Capital each month.