Bearded Theory 2019 was truly a festival for the whole family.

I saw so many children there that at points I wondered whether there was anyone who hadn’t come with kids!

I think the reason that it was so popular was the balance. There was something for everybody, with tents offering everything from cabaret to dance.

There were art installations everywhere and a cracking line up. It gave guests a great opportunity to be near to the front for some big bands.

Bearded Theory puts families front and centre, in every way. A really good illustration of this is where they put their family activities. So often kids activities are very well thought out, but tucked away in a corner somewhere.

However at Bearded Theory Festival the Children’s Village is towards the back (so not too loud) in full view of the main stage. This is fantastic.

A family can set up camp for the day with their wagons and blankets. This allows them to enjoy a great view of the bands on the main stage but only a few steps from the children’s village. If Dad gets dragged off to the toddler messy play area yet again just as someone he wanted to listen to goes on stage, then he can stand and watch both them and his little darling at the same time. (Though that might result in the play ending up even messier than usual).

The children’s village itself was something special. It had a huge range of activities and was abuzz with children of all ages throughout the day. As evening approached, they close the tents in stages in order to keep the atmosphere lively, ending up with everyone at the children’s disco.

On the Friday the children’s field is closed off to the arena. It offers educational childcare during the day in the form of it’s unique “festival school.” You can drop your child off in the morning and they will be in age appropriate groups, taking part in a variety of activities until 3pm. This as you might imagine is incredibly popular; selling out on the day that it opened for booking.

If you think you might be interested, follow them on Facebook to find out when 2020 ticket sales begin. This will give you the best chance of getting a place. The school team will provide you with information about the educational value of the day, which you can share with your child’s school in the hope that they will authorise the term time absence.

However the school doesn’t just benefit the kids who are lucky enough to get a place. It creates a lovely community atmosphere amongst the children in general. My very shy 5 year old daughter was shown how to do poi on the Saturday morning by a couple of tweens who were on the village green just offering to help any children they saw. Upon speaking to them it emerged that they had made some in the Rogues Hangout (the preteen/teen space) the day before and were keen to share their recently gained knowledge with anyone who looked like they might be interested. 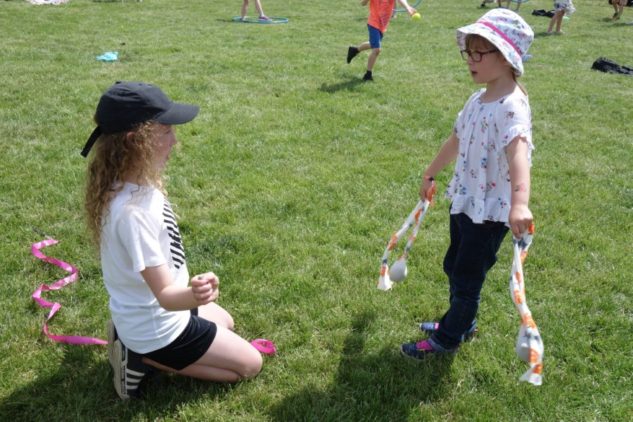 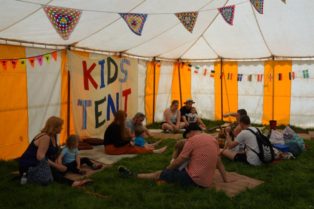 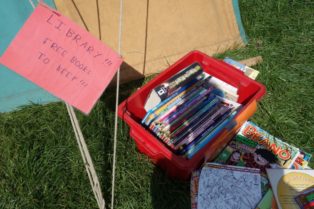 There were scheduled activities on The Village Green and in The Village Hall tent every hour. These ranged from science shows to music workshops, from family yoga to folk dance. In addition to this there were a number of tents circled around the village green, each filled with different drop in activities. You can spend time in the craft tent, paint a stone, plant a seed or write a story on a typewriter. The Lego tent was a big hit with my son whilst other excited children headed to the “Pamper Parlour” to get their festival look just right, with glitter, nail polish and tattoos. 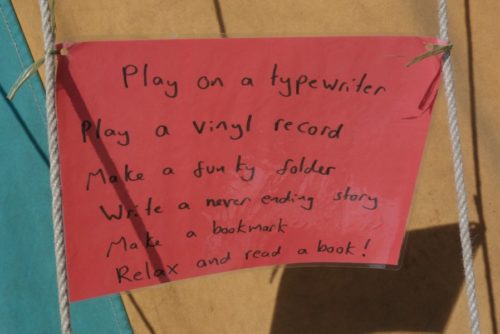 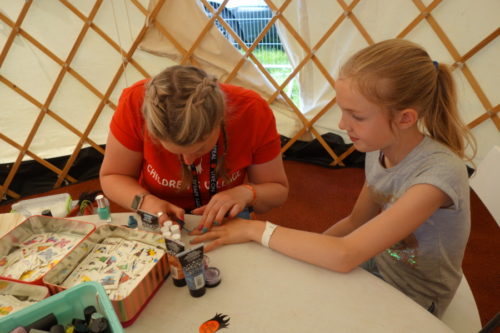 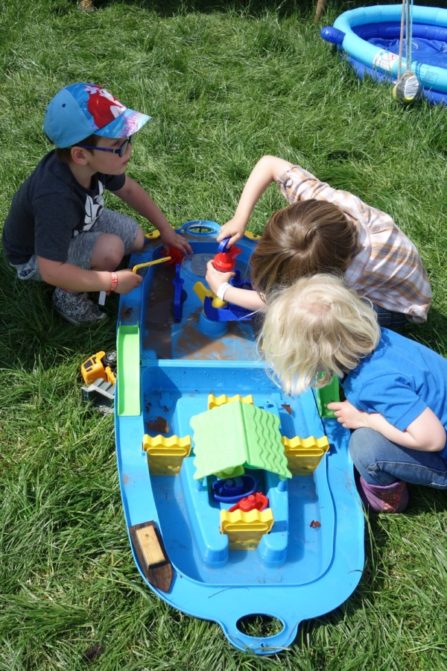 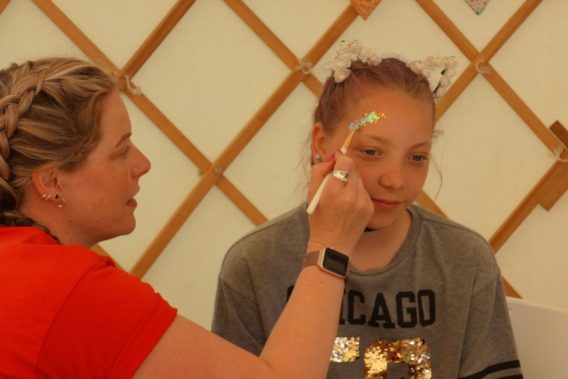 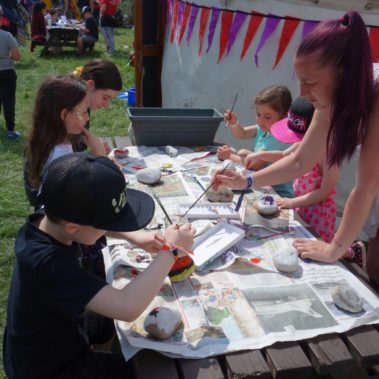 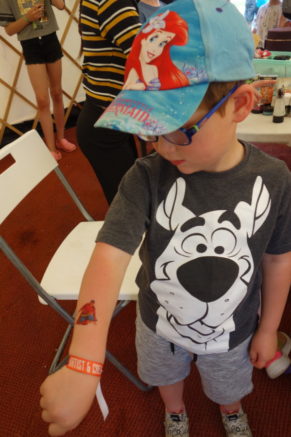 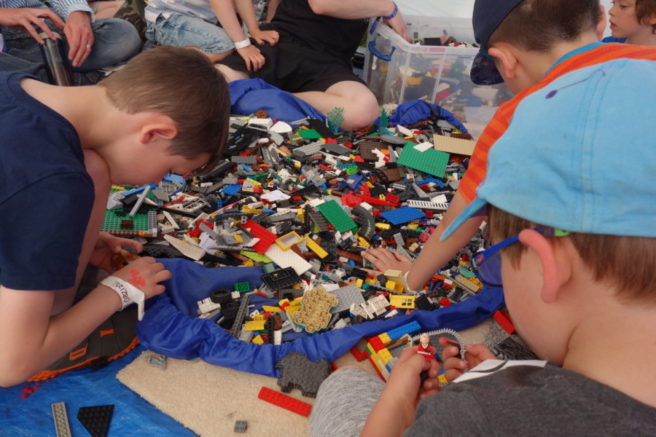 Bearded theory is not a small festival. The campsites are not crowded, with spaced out tents and clearly marked access routes. However this means that they go on for a fair distance. The family camping is a little way from the main arena, but this also means that it is the closest camping area to the car park. This makes it easier going back and forth lugging all of the bedding, teddies and strange extras that you seem to acquire when camping with children.

I recommend you camp in the family area, or ensure you are nowhere near The Magic Teapot. This is a gathering area on the edge of the main campsite where they serve tea and people can bring guitars or other instruments for an all night sing song.

The portable toilets were constantly cleaned and replenished with paper and hand gel. There were showers available, though morning queues are unavoidable. There was a huge variety of food on offer to fit any fancy and  little bars were dotted about, keeping the queues for beer down.

As part of their commitment to reducing waste Bearded Theory sold a reusable cup for £2 which could be exchanged for a clean one at any time and would last you the whole weekend. I thought that the water points in the campsites were hard to find and would have benefitted from better signage.

In the children’s village there was a fantastic baby tent that included pretty much everything you could need. It had a microwave and steriliser, high chair, changing table, baby baths. Even a potty for the toddlers who have been spooked by the portable toilets.

If you require privacy for breastfeeding then I believe they can close this tent so you don’t have to leave the arena. The whole site is breastfeeding friendly though. It has lots of lovely cushioned cafes for you and the little one to sit and have a drink together.

Finding your way around

My one criticism of Bearded theory is that it was difficult to find places. There are a few signposts dotted around but I didn’t see any maps up anywhere. I understand that they are trying to encourage people to buy programmes, but it made it very difficult for us to even find the arena when we first arrived. Once inside we had to ask where the main stage was as we had headed off in the wrong direction. Later on that day we walked round visiting every tent as we attempted to find the Woodland Stage.

Once we found the Woodland Stage however it was worth the trek. You accessed the area through the campervan field. The stage itself was in amongst trees thronged with lights and bunting. There were some hammocks at the back which were quickly claimed by groups of children. A space further back was set up with chairs and a picnic rugs. It got quite crowded but was a beautiful space to listen to music. It was also lovely and shady during the day.

In conclusion Bearded theory is a fantastic family friendly festival which seems keen to continue improving each year.

Previous issues with traffic getting into the site seemed to have been sorted this year. Effort had been put into avoiding noise leakage between stages (I didn’t notice any and so it must have worked).

The kids area was exemplary, enabling everybody to relax and simply enjoy the weekend.

In all, it was a perfect way to start the summer. 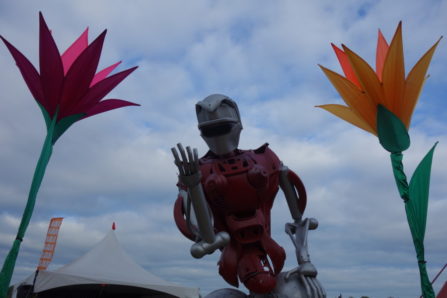 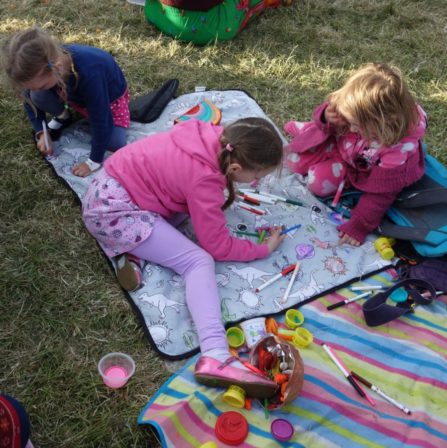 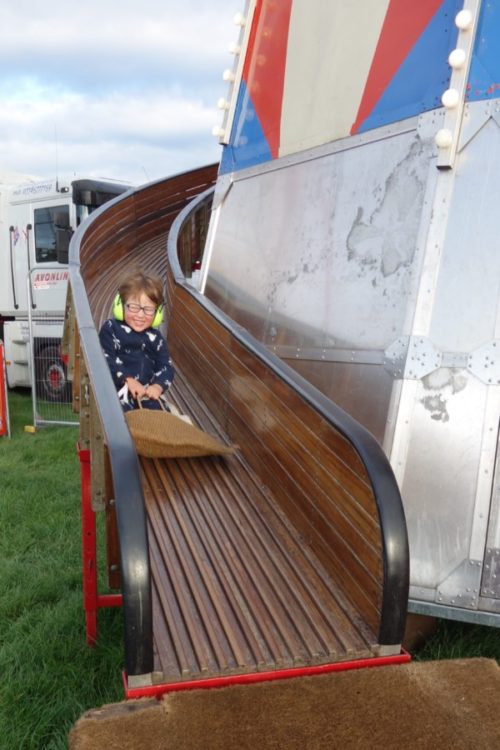 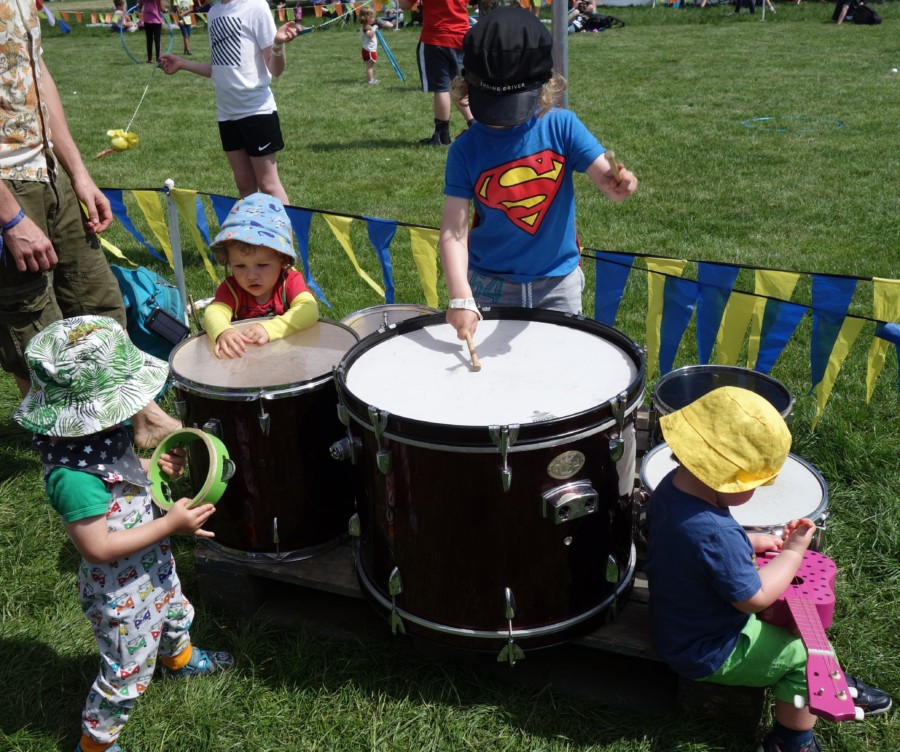 Read more on our factsheet…