On Saturday we were transported to a land of country music, cowboy hats and good ol’ barbecued ribs. All of this took place in Tunbridge Wells in Kent at Black Deer Festival. We were invited along for the day to see what this festival had to offer for families. 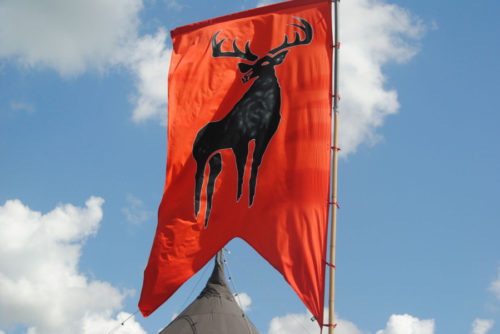 This was Black Deer’s second year at Eridge Deer Park, a wonderful venue with masses of open green fields.

There was a bit of a walk from the car park but it was downhill. The weather was beautiful which is always a bonus. 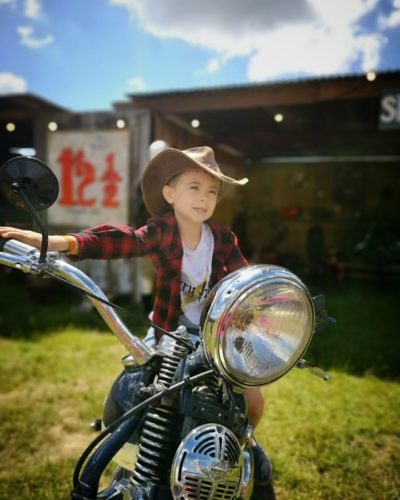 Black Deer is a cashless festival, when you get your wristband you’re able to go and top it up from a kiosk, you can choose to put any amount on that you like and pay via card or cash. Personally, I think this is a pretty good idea, although we quickly spent the money that I had budgeted for the day.

Basically, instead of paying with a card the vendors scan your wrist band and take from your balance. Any money not spent gets refunded when you go online after the festival.

Like the majority of festivals, the kids are given another wristband for your phone number. The camping area looked very nice, close to the main festival area with good, clean toilets. 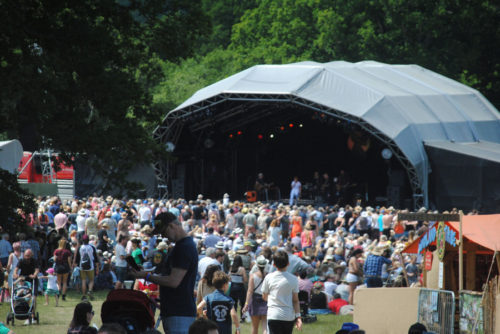 Compared to some festivals we have been to the site is fairly small. There were three stages though, including music in some of the bars. For fans of country music this was the place to be. One of the stages was in a huge circus-style tent providing plenty of shade on a hot day. The music was excellent with top headliners such as Band of Horses, The Staves, The Mavericks and The Magic Numbers.

The decor was very cool indeed; think antlers, barrels, hay bales old tin signs and colourful flags. Then there were the classic American cars and motorbikes to look at. I was particularly enamoured with the Chevrolet! 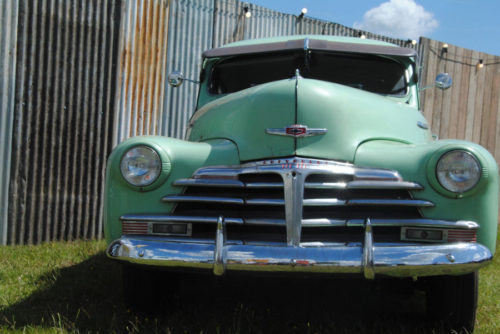 Now to the food. There was plenty on offer and we were pleased to see so many more food vendors that other festivals we have visited. There was something for everyone’s tastes here; tacos, hot dogs, big old barbecues, ribs, churros and pizza.

Black Deer had reusable cups at the bars, so you pay a bit extra for your first drink and then you get your cup refilled which keeps the site clean and reduces single-use plastic.

There was an amazing market-style area. Here could spend a fortune! Stalls selling vintage clothing, patches, cacti, cowboy boots, guitars and then your usual bohemian style festival gear. Shannon had some face glitter put on, this cost us £5.

In the same area, you could do axe throwing, have a go with a lasso and horseshoe chucking. Or you could ride a bucking bronco for £5 a turn. 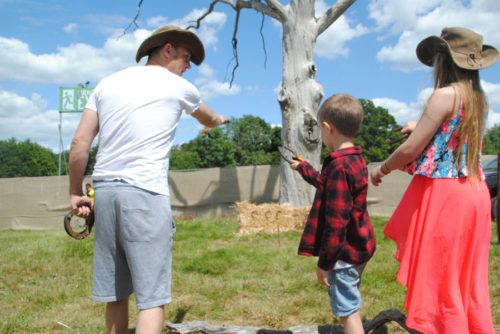 So what is there for kids?

Well, there was a whole area called Young Folk – with teepees and tents with lots of activities going on. Most of these were free like crafting, dressing up, a drumming workshop, a piano and panning for gold.

Then there were other activities such as tree climbing, a zip line, FestivalKidz favourite ‘The Woodland Tribe’ and sewing workshops. 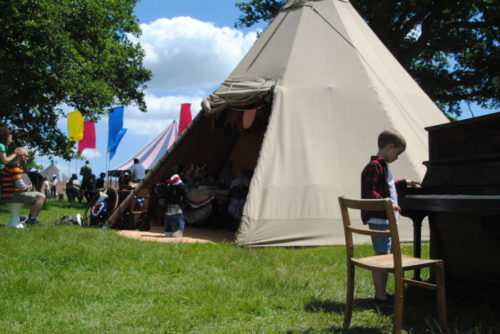 There was an area called Live Fire where cooking demonstrations took place. We watched some dirty steaks being cooked on a barbecue, some lucky people even got to go and have a taste! 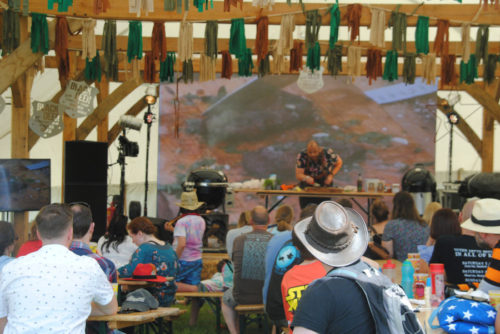 We got talking to some women whilst we were queuing for food. They were camping and having a wonderful time. One of them told us she had come for a day the previous year and loved it so much that she bought tickets as soon as they went on sale.

We do love country music and feel this has appeal to all families. There was an array of age groups and enough going on to keep everybody happy. 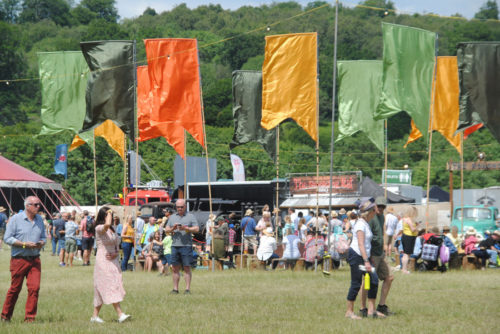 If you are planning on going here, I would say budget accordingly as the food and market stalls are extremely tempting! My kids really enjoyed themselves and have already said they would love to camp next year.

We’d love to go back and hope you enjoy the pictures. If you’d like to see more pop over to kippersandcurtains.com