I expected a lot from Bearded as they were voted for by festival-going parents to win a Gold award in the FK awards last year, and I am pleased to say I was not disappointed. Bearded Theory is an excellent “small” festival, it is well priced, has an eclectic and interesting line up and is fantastic festival for families. 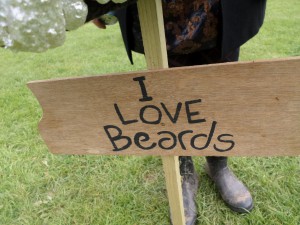 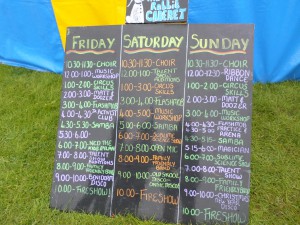 The children’s area is run and curated by Angels Gardens. The area is located just across the field from the Main Stage which is an excellent idea. So many festivals have the kids area tucked away from the rest of the festival so while the kids are having fun the adults are missing out. Whilst the children make sock puppets or make hobby horses or chase bubbles or are just generally messing about with the Angels having the best time you can still watch and listen to the main stage whilst keeping an eye on them. The Big Top had different activities in it every hour all every day and into the evening. The dome tent was a constant making and creating heaven; if you were an early bird you could start the day with some yoga, the Angels were more than happy for your children to get involved or they could take part in a separate children’s yoga session. The Village Green had a very entertaining Sports Day with a marked out running track that was popular on the first day but unfortunately the rain scuppered any further events. A particular highlight for my son was the great story teller Raggedy Jack; he has not stopped talking and telling anyone who he meets the story of “The king has horse’s ears”. It is lovely for a child to be so in awe of a wonderful man telling beautiful stories. 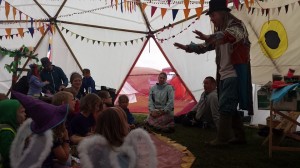 All ages are entertained in Angel Gardens. There is a baby tent for the smallest festival babies right up to a teen tent with activities for the older children. As well as the dome tent being jammed packed with craft all day the Bearded Kids Tent is also full of craft,  messy play and making activities all day. The face painters had a tent along with pom-pom makers and felt makers. My son loved the fairyfloss lady who made the most scrumptious candyfloss and covered him in lots of lovely glitter. You can never have enough  glitter at a festival!

Kindred Café had great snacks, cakes and drinks all for very reasonable prices. My son told me it was the best fish finger sandwich he had ever had!

Most of the activities in Angel Gardens were free but if you venture out of the gardens into the arena the fairground rides were not.  Still only £1.50-£3.00 but all those pounds can add up. The Zorb balls were understandably very popular and the team that ran them very friendly and kept control of a very busy area really well. 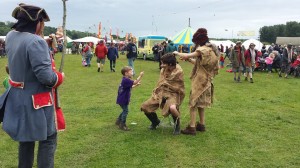 I must mention the trolls. A group of trolls seemed to keep popping up around the festival, cutting people’s hair, dancing and singing and generally getting up to all sorts of mischief. I have no idea if they were organised by Bearded but I have to mention them as my son loved them and Sunday was spent mostly walking around in search of the trolls from the Bearded Woods.

At night time, after we had danced the night away in the big top at the 80s discos and Christmas parties, the fire shows started. I  have seen numerous fire shows at festivals but the performers at this show put on the best fire show I have ever seen. It was amazing and the children obviously enjoyed watching on with open mouths and gasps of awe.

Bearded has 6 stages. The Main stage is where we spent most of our time, we watched The Membranes, Dub Pistols, Peter Hook, Carter the Unstoppable sex machine. Pop Will Eat Itself, The Wonder Stuff and The Stranglers. I loved the Dub pistols, the sun came out whilst they played and they got the whole crowd jumping. We all enjoyed Peter Hook and had a dance and sing along down the front with the trolls. I last saw Carter play about 20 years ago, seeing the night in with my son to all the classic carter tracks with a the strobe lights streaming out was quite a spectacular end to a wonderful day. 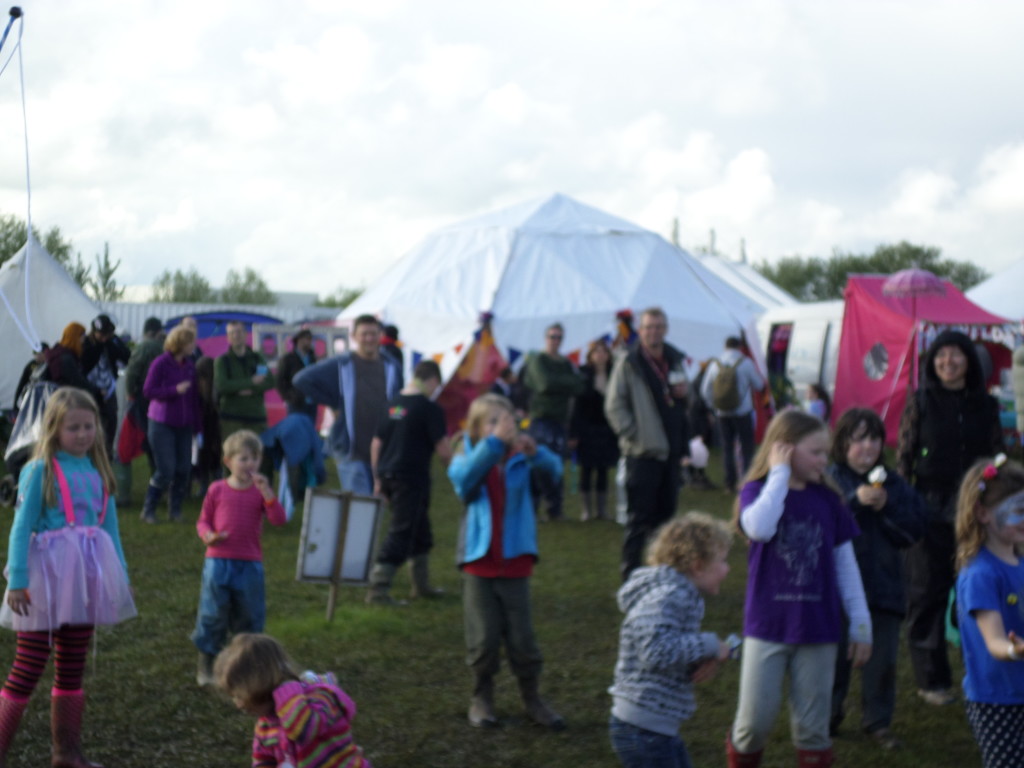 Size: Bearded is a very easy site to get around and even in muddy conditions you can get about with children without any bother. The ground held well even with heavy rain. The walk from the car is not far and they have a service called Festaxi  that can help (chargeable) if you should so require it.

Wristbands: There were no issues that I heard about when exchanging tickets for wristbands. If I was being picky I would ask for cloth rather than plastic wristbands for adults and maybe something a bit brighter for children. The first thing my son did was colour his in so guess that’s always an option!

Campsite: There seemed to be a lot of confusion of exactly what or where family camping was. When asked you were directed to quiet camping but families seemed to be all over the place and not much signage that I could see. Some families mentioned to me they found the noise from the disco shed kept them awake till the early hours. From what I could see the site was flat and even with the terrible weather I could not see many tents damaged thankfully.

Toilets: I could write a whole review on the toilets and I really don’t want to as they are just toilets! The campsite had far too few and the arena the same. Sadly not having enough toilets is always going to result in over use and terrible standards. Bearded Theory have officially apologised and they have promised the same company will not be used next year. Thank goodness for Angel Gardens who had a couple of children’s only toilets which at least gave a clean loo, and somewhere to wash their hands.

Handwashing: This was also fairly bad in site and arena. Again the only area for children to wash hands was at the Angel Gardens toilets.

Rubbish and recycling: There were plenty of bins spotted around site and in particular the children’s area was always spotless.

Accessibility: No hardstanding paths but the whole site is very flat and even with the terrible weather and mud that came with it the site seemed accessible. Viewing platforms were at the main stage if required.