We have always wanted to visit Elderflower Fields. But we always seem to have something on over the first weekend of the May half term. This year the stars of our many online calendars finally aligned. When school finished we jumped in the car and headed straight to Sussex. Even the weather seemed to be on side with the forecast dry, warm and sunny all weekend. 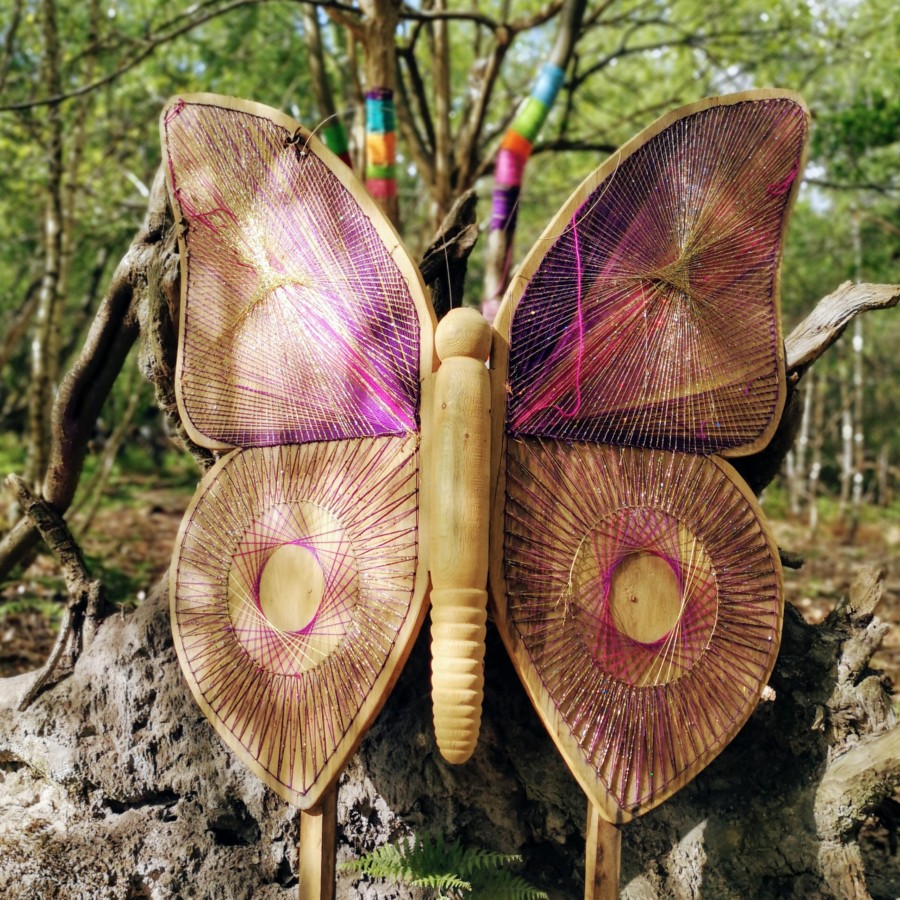 We’d been warned by email that peak arrival time was 4-6pm. So when we neared the site at 5.30, I was braced for queues. Instead we were quickly directed to a parking slot and had our wristbands a few minutes later.

Clearly a lot of people had got there before us (the site opened at midday) and although there were a few potential camping spots near the car park we carried on past the glamping field in the hope of a bit more space. The down side to this was having to drag our gear a long way up hill on the way home. But it was worth it for the spot we found near the bottom of the camping fields.

Apart from a slight slope it was a near perfect camping pitch. The thick grass was so comfy that Martha ditched her camping mat that night and just slept on the ground. With plenty of space the girls could run around and immediately made new friends. While we grown ups did all the hard work of setting up camp.

We were close to the wild camping area so our nearest toilets were composting loos. Fine for a quick late night trip but most of the time we walked a bit further to the bigger toilet blocks. These had proper flushing loos and sinks with soap and water. With young children proper hand washing facilities are a big bonus and the campsite facilities were always clean and queue free. There were also showers but I’m afraid with three excited kids to look after I made do with a flannel at the tent.

The kids were very happy with fish and chips, pizzas, pasta and of course waffles, on a stick, covered in chocolate, marshmallows and unicorn sprinkles (I did sneak in an occasional vegetable over the weekend). There were also more adventurous stalls serving the sort of food I love to try, but the children wouldn’t even consider. Mains were around £7-£9 with some stalls offering kids portions for about £5.

The main bar served some good local beer and cider. At about £5.50 a pint it wasn’t extortionate by festival standards

One of the unique aspects of Elderflower fields is the Sunday afternoon picnic.  Everyone aged over three gets a picnic wristband on arrival at the festival. The idea is that you group together until you have 14 such bands, then exchange them for a big bag of local treats. The program urges you to see the wristband gathering as a fun way to make new friends.

As the person in charge of keeping 5 hungry people fed, it just sounded like a bit of a hassle. However, once the pick up queue had died down I wandered over to take a look. Moments later I’d been teamed up with another mum and we were carrying a bag of fresh bread, lovely cheese, drinks, dips and a huge chocolate cake back to our very pleased broods.

It wasn’t enough to give everyone a full lunch, but it was a lovely treat, and all included in the ticket price. 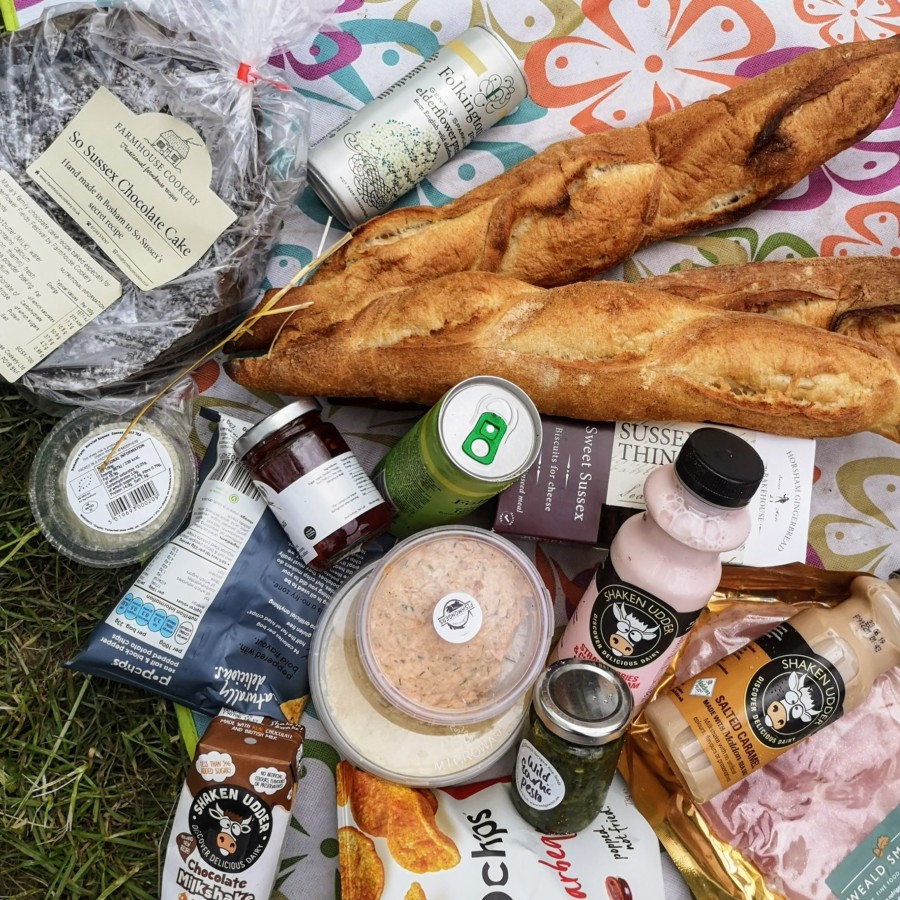 What wasn’t at Elderflower fields was almost as good as what was. There was no picking your way through a sea of chairs and trolleys to get to an overcrowded main stage. Even at peak times there was plenty of room for everyone and it’s a credit to the organisers that they didn’t just sell a few thousand extra day tickets to cash in. In fact the whole festival was blissfully free of the commercialisation that can grate elsewhere.

There were no big flashy, overpriced fairground rides and very few non food stalls. The only thing we were nagged for all weekend was frozen fruit juice lollies. There were some paid for activities but these mostly had to be booked in advance and weren’t constantly flashing away in front of you so our kids easily accepted the rare nos.

Besides, there was so much else for them and the layout of the site meant that, once we’d figured out the shortcuts, nothing was ever very far away. Though it paid to have a big off road buggy or a sling for the toddler as some routes would have been tricky with a city pushchair. 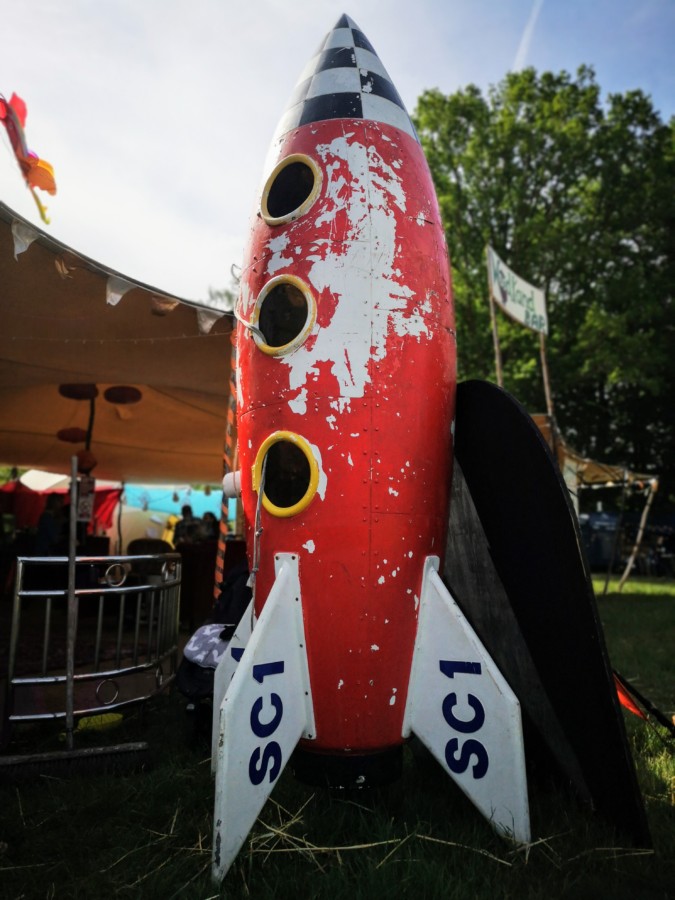 Elderflower fields has crafted a family weekend for all ages. Our increasingly teenaged nine year old was just as happy as her six and two year old sisters. Parents and grandparents had a blast, and it was lovely to see how many older kids, in their early teens, were actually enjoying a weekend with their parents.

It does pay to be a bit organsied though. Some activities are heavily booked before the gates even open. A few weeks earlier I’d managed to find slots in the free arts and sports camps and I can see why they were so popular. Over fives can be dropped off, so while the kids are having a blast making dream catchers or playing tag fencing, parents can grab a rare hour or so to chill out child free.

But even with nothing pre booked it would be easy to keep everyone happy whatever their interests. For the brave there was a high ropes course and a climbing wall. The woods were dotted with opportunities to make wooden medallions, clay models or campfire popcorn. A giant dome housed hands on science experiments. You could start the day with yoga and end it with astronomy.

All of which is before you get to the music. There were no big name chart acts here but a few of them deserve to be. My middle child (now known as Mosh Pit Martha) particularly enjoyed Ferris and Sylvester. We had a proper good dance to the Graceland tribute act on Sunday. But without doubt the biggest draw for all three kids was Elderflower Fields regular Nick Cope. Like so many families his laugh out loud lyrics and gentle, actually enjoyable, tunes have got us through many a long car journey. So the girls screamed with excitement when I told them we would be seeing him in real life. He didn’t disappoint at all. On the drive home Ada, who has only just turned two, was chanting “more Nick Cope, More Nick Cope!”

Reluctantly, we packed up on Sunday evening. As we left, the glorious weather turned to reflect our mood again with a grey drizzle descending on the site. We loved our first trip to Elderflower fields. There would have been enough entertainment and activities there to keep us all happy for several more days. But with the last acts finishing on Sunday night and a family event on Monday we had to tear ourselves away from the green fields, fun and dancing. 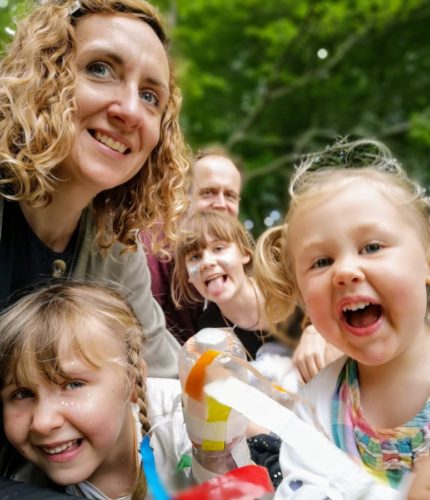 Hopefully the diary stars will align for us again another year. 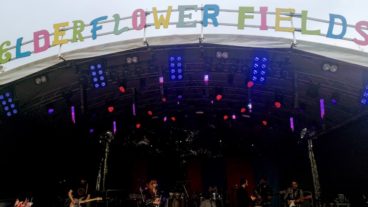 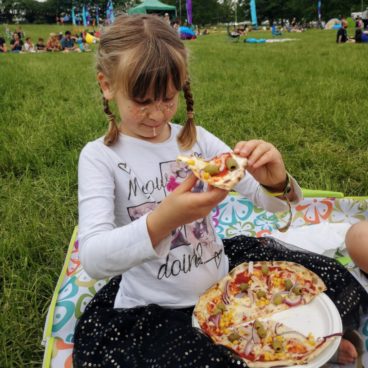 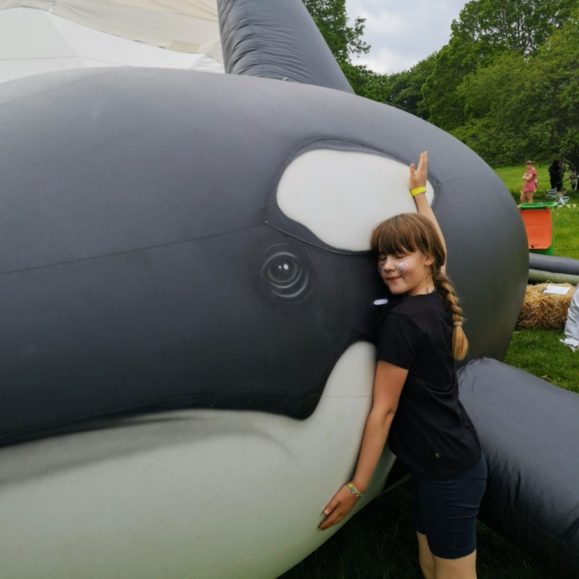 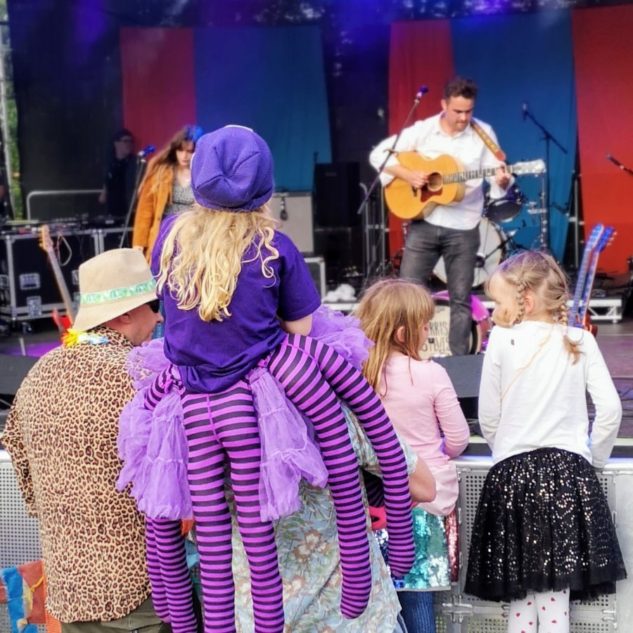 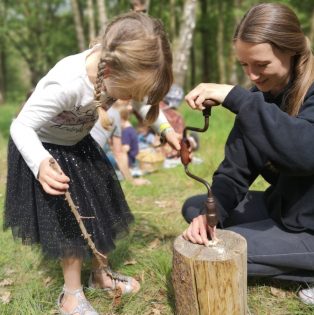 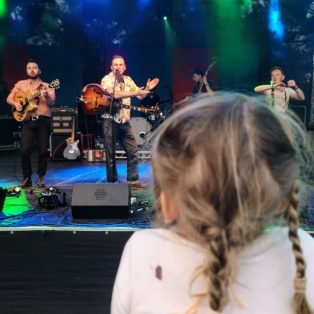 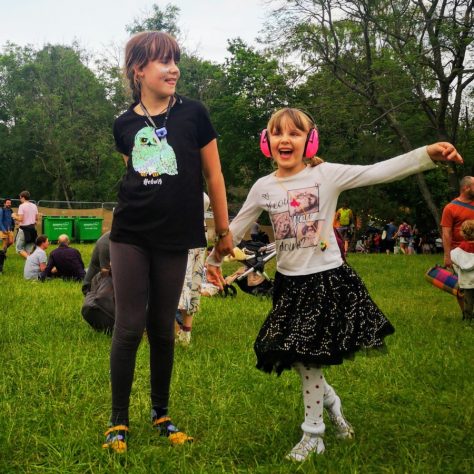 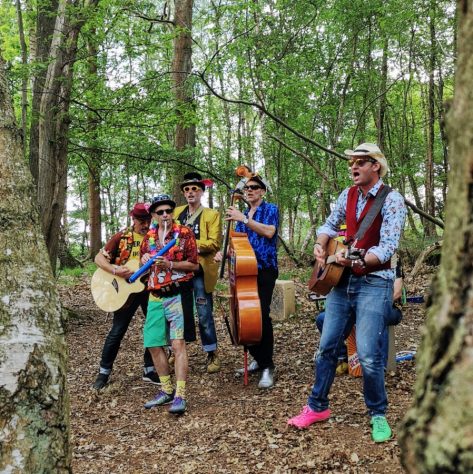