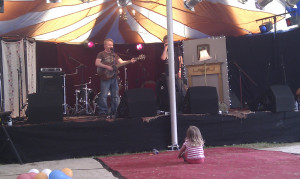 Reviewer: Jessica (with a 3 year old and a baby)

Well as I said at the end of last year’s review of the first Playfest: “… with a bit of extra thought, Playfest could be amazing”, and you know what?…  It really was!

The site was laid out in a similar way to last year with the camp sites and main stage being in the same place but as there was more stages and attractions the main arena looked fuller.

In addition to main stage and the big top stage there were two small stages, the Asylum stage and Tipi. In the Dance arena there was a reggae tent and the full colour arcade interactive beat box machine (which my daughter absolutely loved!) 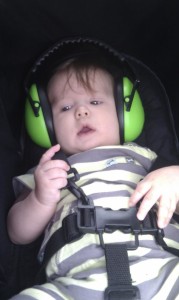 As a new feature this year, there was a dedicated children’s area called the ‘Play Area’.  Within this area, the company Culture Works East (a youth arts company based in Norwich) provided a range of activities: playing giant garden games, nature trails, building fairy houses using natural materials, sculpture and animation using a PSP.

The aptly named Play Rangers went to the family camping for morning activities, and an evening calm down session and even a bedtime story.

When we were in the Play Area, there was a Fashion Wonderland workshop going on where you could design your own t-shirt or make some jewellery or a festival headpiece and a Family Sculpture session where a large scale centrepiece to the Sunday night parade was being made.

Other than this there was a “Book Nook” where you could sit quietly and take in the atmosphere or attend one of the story telling sessions.

In the corner was a small tent set up with toys and games suitable for children aged 0-4 years, within the tent there were cushions and bean bags to sit on so I was able to sit and feed my son quietly while my daughter played.

As my daughter is only just 3 she wasn’t really keen on doing any activities but was thrilled to be able to go into the under 5’s tent which offered us all a bit of respite from the festival hustle and bustle.

There were so many activities going on in the Play Area that you could easily spend the day in there taking part in various things, however, many of the activities on offer were more suitable for children 5 and up so my daughter wasn’t really ready to participate.

The Play Area finished the day with a silent disco which we all loved but then it closed down at 8pm and the area was shut off.

I got talking to another mum, Emma, who was attending with her family and two children aged 5 and 3 (she had a funky wooden wagon for transporting the children around – the only wagon I saw over the weekend).  She happened to be the sister of Olly (one of the organisers) and said she was looking forward to taking her children into the Play Area the next day and seeing what was on offer in there.

Well they improved upon everything I highlighted last year, and as I said before, the Play Area was a great hit.  When I spoke to one of the organisers, Olly, he said he was really pleased to hear such great feedback about the kids area. The only additional things I think would be beneficial to the Play Area would be a changing area for babies and a sofa to nurse in (there was a sofa in the Asylum stage tent which would have been ideal!)

The food was much, much better. There was a variety of foods on offer from wood-fired pizzas, hog roast, pies, vegetarian fare, Caribbean food, pasta, baguettes and all day breakfasts. It was very reasonably priced, I had falafels, halloumi, hummus and salad in a pitta bread for £4.50 and my husband got pie, chips, mushy peas and gravy for £5. I considered buying my daughter some pasta but I felt £6 was a bit steep for something that I thought she wouldn’t eat a lot of, so perhaps next year some the stalls may consider offering a smaller portion for a lower price for children.

Alcohol was purchased using tokens and a pint of beer was £3.50 and was just a run of the mill lager or cider. Tea, coffee and soft drinks could be purchased from other stalls from £1 upwards.  We brought drinks with us for our daughter so didn’t have to buy any for her.

There were more toilets than last year and all the ones I went into were very clean and well stocked with toilet paper.

All in all, the improvements to the festival greatly enhanced our experience as a family.

Playfest was located within the grounds of New Eccles Hall School, in Quidenham, Norfolk. It was very well sign posted and there were few queues on the way in. This year the car parks were in a different location and you had to cross a road to access the main site, this was managed by temporary traffic lights and stewarding.

The question is would I go back?

Yes, I would for sure, especially as I know that my children are better catered for. However, the festival atmosphere can be a little less welcoming to young children at night so I think I would either leave earlier or have the children picked up so that we can enjoy the headline bands without worrying.

The organisers clearly listened to last year’s attendees because everything was ten times better than last year, from the food to the kids’ area. Listening to customers’ feedback will only make for a better product.

I also noticed that there were many more children this year so they are successfully appealing to the whole family, although I do think they have a way to go before being a real competitor to Suffolk’s Latitude festival. 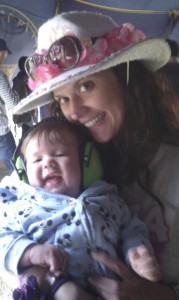 Jessica is a fun-loving gal who refuses to let motherhood thwart her love of festivals, although she will readily admit the experience is a bit different now!  Jessica describes herself as a slightly scruffy stay-at-home hippy mummy and has a love of art and a background in early years education and childcare. She has two children, a little baby boy and an adorable toddler. Jess also blogs for us about pregnancy and festivals and babywearing, amongst other things. You can follow her personal blog on mummyfestivalfairy.blogspot.com

Here’s another Parent Review of Playfest 2012:

Getting to the festival and setting up:

There was a bit of queuing when we got there and box office was a little disorganised but the festival is only in its second year so I guess you can expect that. Family camping was a short walk from the car park and there was a dedicated family camping area. It was in the same bit as the main camping though, although cordoned off. When we arrived the youngest went straight to play with staff who were on hand with games, bubbles and activities while we set up the tent. What a brilliant idea! I have never been to a festival that has done this before. We were able to set up without the normal whingeing and moans and in record time. A great start to the festival. No stressed parents!

We enjoyed the music, different things on offer on the main stage (Pigeon Detectives, Ash, Delilah) in small other places, all with their own identity, particularly liked one which felt like a living room, good line up of bands you could stomp too. Right next door was the Play Area, the place that made our weekend.

We are regular festival goers with a child and teen. Friends we were with had a baby under 1. Finding things to suit both, things for us to do as family together or that are nearer enough to each other that we can keep them both amused, making for a sometimes stressful festival for parents. Its quite a small site which is good as we could do a bit of everything. The Play Area was a great place to spend time in the mornings, we then watched some bands, popping back to to the kids area for more activities when they started to moan. We also took them after tea before we went and listened to some bands.

The Play Area had everything. A little area for performances, my son loved the beat boxer, they also had music, karate and dance. Good mixture to suit us all. The area was really well though through, I am going to give quite a detailed review in the hope that other festivals of this size take note. As you entered the area there was a hobbit sized cabin that was giving out lots of info on what was on offer in the kids area. The staff were friendly, knowledgable and pointed out things they thought we might enjoy. In quite a small area there was things for my youngest, eldest and us as a family to do en masse. In the centre of the area where bubbles and giant games, with lots of staff on hand to help. My littlest clutched the bubbles he was given for most of the day.

In a marquee was arts & crafts activities for children and sculpture using willow and tissue paper which we all got involved in. There was a story telling area with lots of books available to read, this area provided some much needed down time for me and my youngest. The teen who will only do things he deems cool spent his time in the media tent where he made an animation and had a go at visuals. The other made a ringtone with dad now on my mobile! Activities I ve not seen at a festival. The equipment here was impressive as were the staff. A good memory to take away. Both children made a T-Shirt in the fashion tent for just £2 a shirt. There was also a baby tent, which seemed busy with changing facilities, quiet space, feeding area and toys for toddlers. There was also a toilet in the kids area. My youngest also really liked the characters walking around, especially the squirrel!

What would you change or do to improve the event?
Kids area was surrounded by stalls so you couldn’t see out. Photo thing was good but rest didn’t think fitted with a kids area and they kept pestering for money.

Top Tips and any other comments?

Kids area was a lovely place and is the reason I will be returning next year. Well done Playfest. It made our whole festival great. Absolutely one to watch as a family friendly festival.

Toilets in the Play Area were clean. Good amount at the campsite.
Had a mobile signal all the time.
Site was compact which I liked.
It poured down on the Sunday, such a shame. The whole festival had places to shelter, spent a lot of times in tents that day. Pretty miserable and got quite muddy but you can’t control the weather!

Yes, security were friendly. Didn’t see any trouble. A medical situation happened in kids area but kids staff and then medical teams seemed to deal with it quickly and professionally.
Lost kids in kids area well signed.

The Silent Disco in Kid’s area. All 4 of us took part, it was at the start of the evening, a time when there isn’t normally very much to do and kids to amuse. I had such a great time dancing all together, even if OH’s moves were embarrassing. A lovely thing.