Having won a family ticket we were very excited about the prospect of our toddlers’ first festival. After a week of heavy rain however, we spent much time debating how we would cope with the camping, so eventually settled on going there just for the day. The Sunday forecast was dry with sunny intervals – so that seemed perfect.  Sadly it did mean missing KT Tunstall as she had been headlining on Saturday, the previous night, but the risk of camping in poor weather conditions with 3 little ones seemed too daunting.

The first great thing about Summer Breeze was its location. It was only an hour’s drive from London on the M4 in beautiful green rolling hills. This also meant that setting off on a Sunday morning the traffic wasn’t too bad and we were there for lunch.

Driving through the incredibly pretty English countryside we started to get worried – how could there be a festival here? Where are the crowds? Where’s the traffic?  We started to realise that this was a small festival…  No – this was in fact a *tiny* festival!…

We were directed to a space in a small field, which turned out to be the main car park.  On the other side of the car park was a low fence with another small field full of tents, which was the camping area. I noted that if we had decided to camp it would have been a very short walk to the campsite. Also, as it was on top of a hill, despite the downpours the day before the ground was still fairly dry, which would have made camping much easier. We didn’t see any mud at all!

We parked and strolled up to the entrance.  A friendly lady at a table wrote my mobile number on three wristbands and gave them to us to put on our children, and waved us through. Glastonbury security this was not, and all the better for it.

There were a few stalls selling various festivally things, a few food stalls, a kids’ craft tent and the three stages and that was basically it. This is not a festival for people who want a broad range of entertainment, but for us with three very young children it was absolutely perfect. I’d never been to such a small festival before and it was fantastic that the children were entertained and you could just wander across the field to pick up some food or a couple of pints.

The kids craft tent was excellent. There was a playdough table and a box of toys and lego, a dressing up stand with an array of hats, and loads of different arts and crafts to choose from. I noticed that someone was quietly replenishing the art supplies all day so they never ran out. The favourite among my three was a large cardboard rocket (large enough for all three to squash into and close the door) and a supply of glue and small shiny circles, which they happily spent hours sticking to the model.

Added to that were several circus workshops, and a large number of hoops, diablos, stilts and even a unicycle for the children to try out.

There was a stall selling bubbles, and another one selling toddler dressing-up clothes – so they all ended up in butterfly wings.  There was definitely enough to keep them happy all day.

Facilities:  The usual blue portable toilets, but there was never a queue and they had paper and hand soap. There was also small sun tent for baby changing in the kids craft area.

Music: During the afternoon, the music seemed to be mainly local bands, and the quality was quite variable. On the main stage was we saw a blues band which were really good, and then several rock bands which were terrible. I recognised the name of Ed Tudorpole (I’m sure there used to be two of them in the 70s?) which was now just one man singing out of tune!  We had to leave before Vintage Trouble’s headline performance on Sunday evening and KT Tunstall had headlined the night before, with a performance described on Facebook as ‘truly breathtaking’.

However, there was also a stage in the bar tent, and there was the beautiful Lizard Stage which was in another tent that also sold lovely freshly made vegetarian pizza and homemade cakes. There we saw some brilliant flamenco guitarists while munching on some of the best pizza I’ve eaten since my time in Glastonbury’s green fields. I could have quite happily spent the whole day in there.

Food and Drink: The bar sold delicious real local ale and cider, which was a brilliant change from the usual warm cheap lager. The best food was the vegetarian cafe at the back of the lizard stage, there was also a van selling curry and another stall selling the usual burgers and hotdogs, but with promise of a hog roast later.

Whilst waiting for my pint to be drawn, I started chatting to someone at the bar who was trying to persuade one of the bartenders to keep their fantastically stocked bar open year round. The reply was “You’re not driving home are you, Pete?” to which he laughed and said that no, someone was giving him a lift – which really sums up the feeling of the whole festival to me.

This was an incredibly friendly and family oriented festival, seeming to be filled with local people and all the better for it. There were none of those annoying people trying to look glamorous in a muddy field, just people relaxing and soaking up the atmosphere. In fact it felt like a farmer had just put a few tents in one of his fields and invited the whole town over.

It was the perfect place to just lounge about, drink a couple of beers and watch your children rolling hoops around.

Naomi was our lucky winner of a free family ticket to Summer Breeze 2012.  She wrote to us afterwards to ask if she could write about it because had been such a positive experience for them all.  We were delighted to hear how much her family had enjoyed the festival, and we are now looking forward to welcoming Naomi and her family onto our panel of reviewers for 2013 so they can discover more festival gems for us all 🙂

NB: Images contained in this review (c)Naomi Jones – please do not reproduce without permission.

For more information on Summer Breeze, visit our factsheet for families and read other reviews from 2011 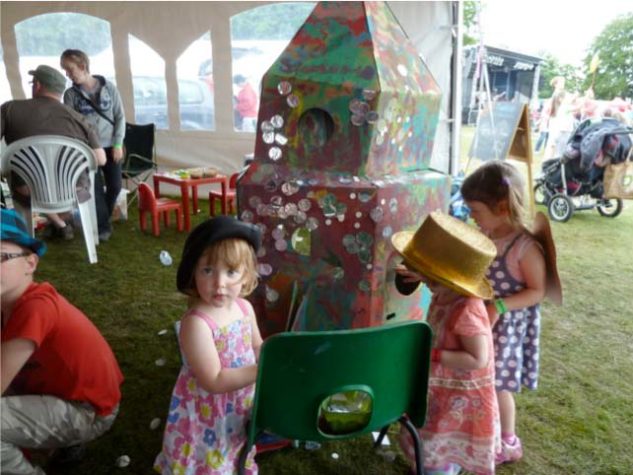 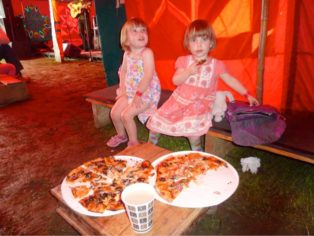 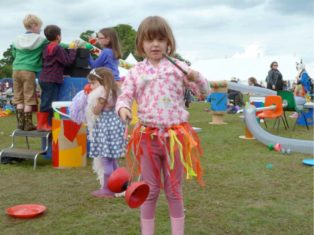 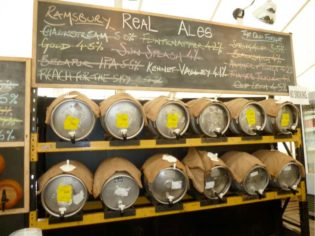 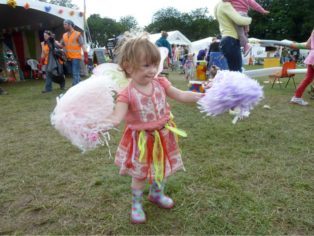 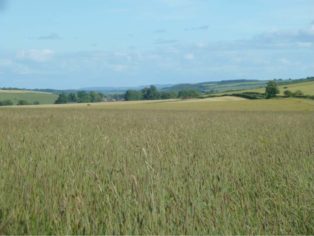 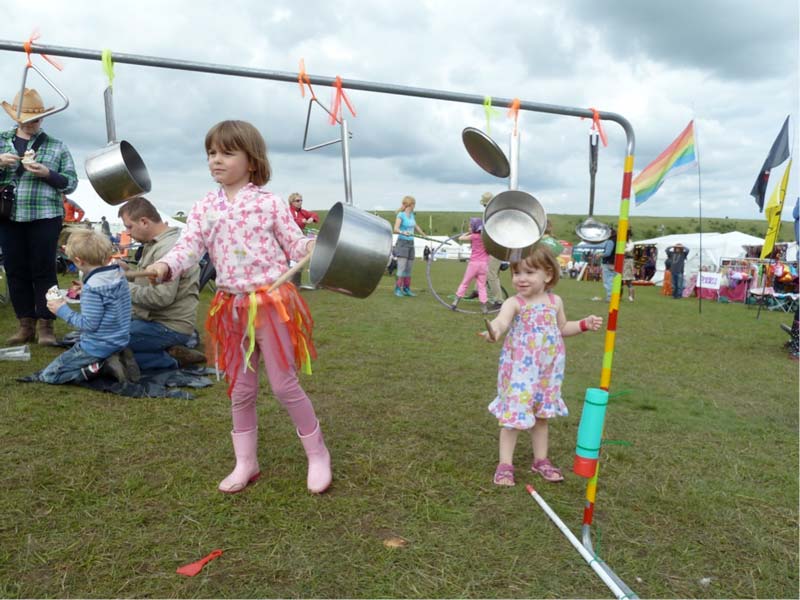