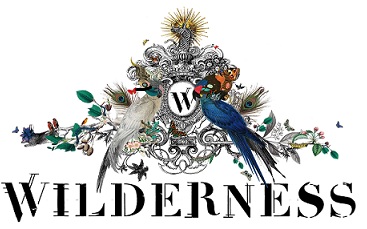 My 6 year old son and I were given a last minute chance to spend Sunday at Wilderness Festival. No days spent choosing what to pack.  I just threw some sun cream, water, a couple of apples, a hoody, a small blanket and a couple of glow sticks in a bag and we were off for an adventure.

As I drove up to the Wilderness site through the rolling Oxfordshire hills, I could feel myself forgetting about our busy life in the city and physically relaxing. My boy sat on a blanket and read a star wars book whilst waiting for the box office to open, and we were in.

The site is bigger than I had imagined- probably a 15/20 minutes walk to get from the general car park to the main festival area. It was spacious and clean. However I expect if we had been in the family camping area it would have been a lot closer.

But what a walk it was. Past the famous lake with wild swimmers shaking off their hangovers and graceful people doing paddle board yoga on the water. We saw lots of children chilling out on the river bank, swimming and using it as a mini- beach. It seemed more like something you would see in Europe and such a lovely place to escape to for a while. The sun was already beating down early in the morning and there was a sense that the whole festival could not believe their luck that the weather was so beautiful.

Having made no plans and having no programme to hand, we had no fixed ideas of what to do or see. Again this meant that we could be spontaneous and go wherever caught our fancy. First impressions of the festival were that Wilderness is not just about the music. It’s about culture, ideas, food, art, physical and mental well being and everything is beautifully executed.

One of the first things we came across was a large crowd of people watching the annual Wilderness cricket match. This was a good natured-affair with complimentary Pimms, cucumber sandwiches, lots of laughter and a few streakers thrown in for good measure. Nobody seemed shocked in the slightest and my son thought it was hilarious!

In the small kids area we watched the Flying Seagull Project. This is an amazing art/craft/music/circus/general silliness team, but also a charity which travels the world to entertain sick and vulnerable children. This was an absolute delight for the parents and children alike.

Jude had a go at tightrope walking, played Grandmother’s footsteps and had a go on a drum kit. The kids decided to design their own game called “Roller coaster”; this involved the parents kneeling down on all floors and the children climbed on their backs. We had to crawl around the floor attempting to simulate a roller coaster experience whilst the kids held on and tried not to fall off. Again nobody seemed embarrassed or too cool to join in.

The joyous atmosphere meant that everyone joined in and lots of giggles were had by children and adults alike. The entertainment was simple and charming and the kids were relaxed and happy. I did not see a single child crying or having a melt-down, which sometimes happens by a Sunday morning when children are tired and overstimulated.

Jude enjoyed a poetry workshop in the theatre tent. The children had to make a poem together about disgusting school dinners. He was very pleased when the children said his lines, “a blob of cheesy custard” and “a bogey with peas”! After a few goes on the helter-skelter and a game of hoopla using willow hoops, we sat down for a picnic whilst waiting for the Ferris wheel to begin.

As Wilderness is not a children’s festival, there were no queues for the fairground rides and everything was easy. We grabbed an ice cream and sat in the Atrium, where we watched the Wilderness Orchestra play family favourites, including Jungle Book, Mary Poppins and Frozen. The children were allowed to sit right on the stage in front of the orchestra, who were wearing glittery wigs. What an experience! 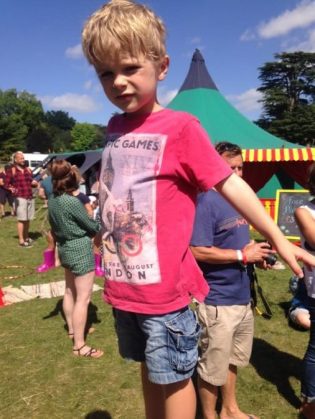 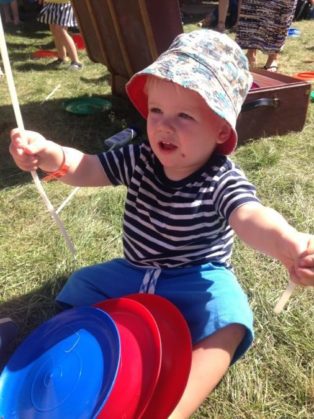 Never too early to start learning those circus skills! 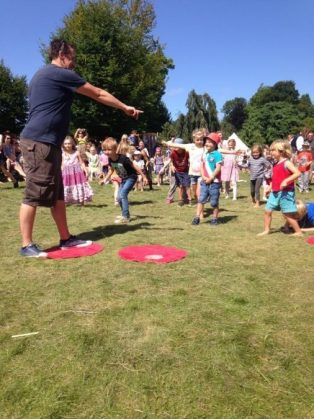 Wandering off we found a huge crowd of adults and children attempting to break the World record for the most people disco dancing at any one time. Not sure if that was true or not, but we got stuck straight in and were partying away with the beautiful people in their sequinned hot pants. At Wilderness, the adults play and have as much fun as the children. There was even a game of rugby played with a head of broccoli, which Jude thought was great- anything goes here.

Jude found a country skittles alley, which was free apart from a donation to Water Aid. He spent a good few hours here, making friends, playing with children from around the world. Again simple fun which kept him happy for ages. 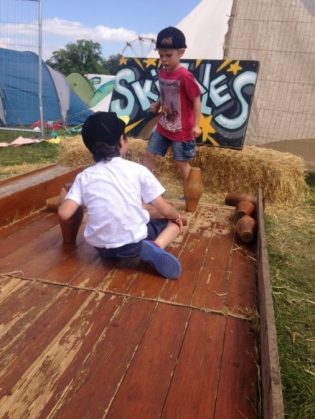 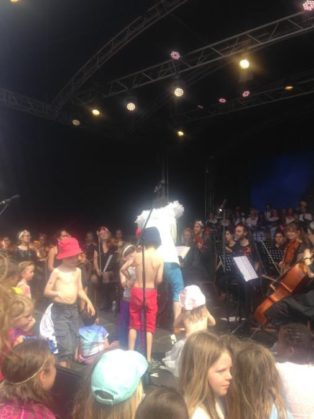 Dancing to the Wilderness Orchestra 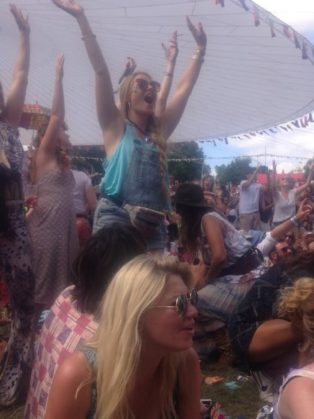 Back to the Atrium we sheltered from the sun under its huge covered roof. Here we joined the Sunday Assembly, which is like a church service without any religious elements. The Sunday Assembly was set up by the very charismatic comedians Sanderson Jones and Pippa Evans. It is full of singing, dancing, joy, love, poetry and a bit of education too. This was an incredibly uplifting experience that I would never have tried if I hadn’t been at a festival. Now I am keen to find a local group in my area. Us parents need joy and laughter too!

We enjoyed watching some beautiful contemporary dance from Divine Company, before having a good old boogie at the David Bowie tribute, which was played by the Wilderness Orchestra, who were joined by special guests including Kate Nash and Charlotte Church. Jude had learned the words to Starman at school and sang his heart out – I was so proud and emotional!

There were plenty of child friendly food options. I let Jude choose where he wanted to eat. He chose a freshly cooked pizza which was a very reasonable £6. Washed down with homemade lemonade for £1 a cup.

The toilet facilities were very good- well maintained and did not run out of loo roll/ hand gel at all. Water bottles could be refilled at the taps.

In to the evening

As darkness feel, Jude put on his hoody and glow sticks. We had time for one last turn on the Ferris Wheel before watching the Flaming Lips set, which was an amazing spectacle of lights, giant balloons and psychedelic creatures. Not the most child friendly language from the band though- I had some explaining to do about naughty words- oops.

In the darkness I was slightly disorientated whilst finding my way back. I asked a lovely steward for help and she walked me back to the exit for a good 15 minutes. Her partner offered to give Jude a piggy back as he was getting tired. The steward told me that they were raising money for War Child and we chatted about this as we walked back past the moonlit lake.

Jude fell asleep in the car on the way home and I drove back singing along to David Bowie.

Wilderness is a sparkly corner of heaven. I would definitely go back for a full weekend next time and take my swimming kit!

I found it very empowering to learn that I could take my child to a festival on my own and without being laden down with our usual trolley of “stuff”.

There is a relaxed, friendly atmosphere that isn’t built around the entertainment of children, but welcomes children to join in the multitude of events which take place. It wasn’t all about him, it was about us.

This created a more relaxed festival experience. I wasn’t clock-watching in case I missed an event and where my son did not get too tired. We both tried new things and had such a wonderful time.

I will never forget the day I spent at Wilderness with my little boy and I’m sure he will remember it too as he grows older. Thank you to Wilderness Festival and to Festival Kidz for such an amazing opportunity.