The summer of 2017 was amazing. We had rain, we had mud, we had boiling hot sunshine… Yet we managed to dance our way through everything the British weather decided to throw at us. 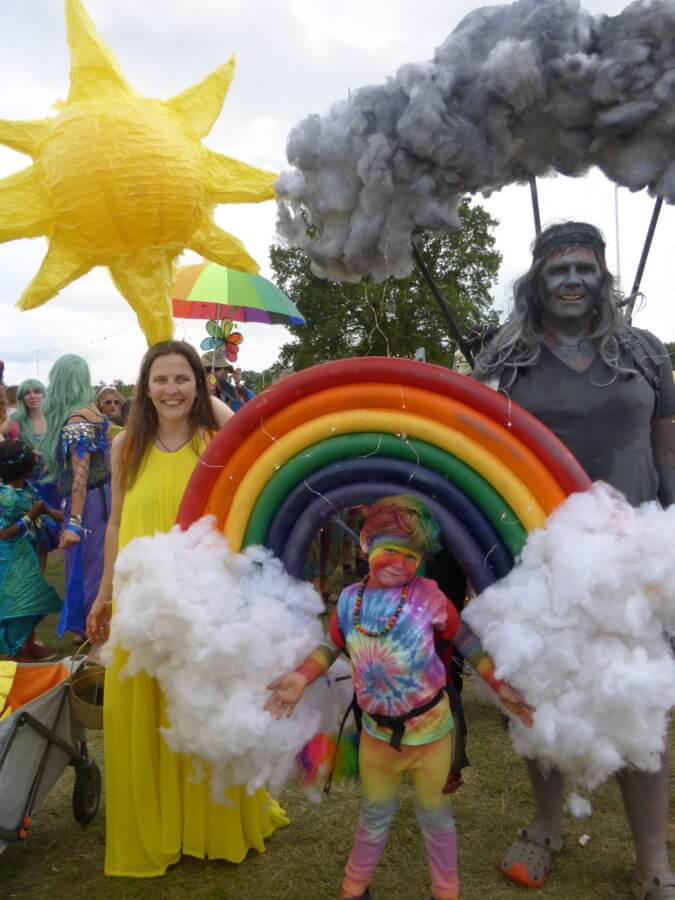 We made new friends, we had paint fights, we learned to both throw and catch the diabolo, and most of all we found enjoyment in squelching through the mud!

Festivals have embraced this messy activity and there were paint fights EVERYWHERE this year! Don’t worry parents – it is only poster paint and is far easier to wash off than glitter! We made friends with the lovely Paint Gypsies at Blissfields who were organising paint fights at lots of festivals this year. 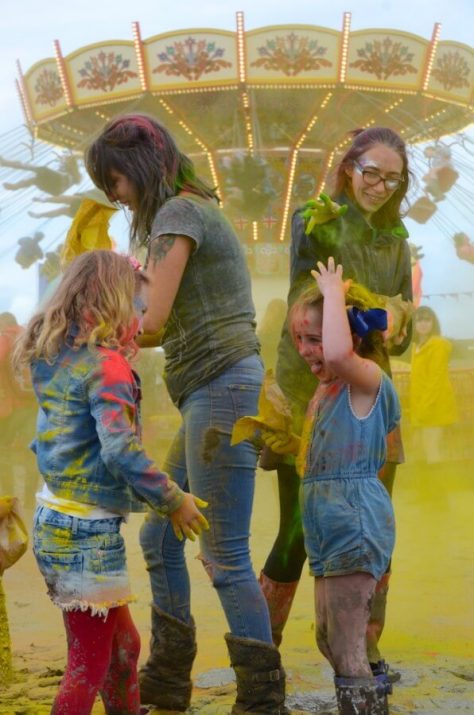 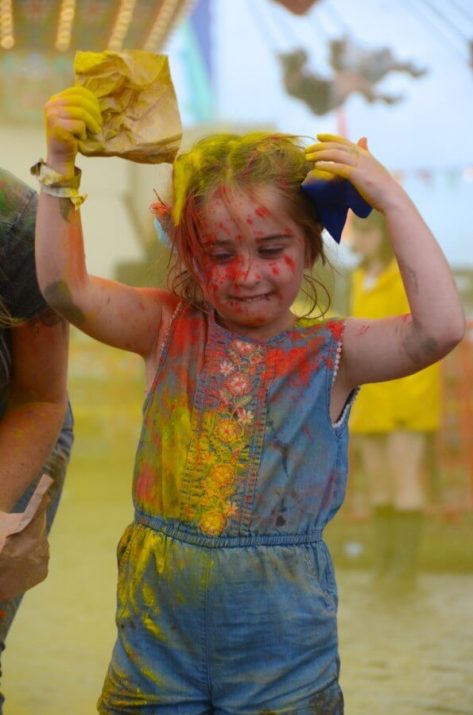 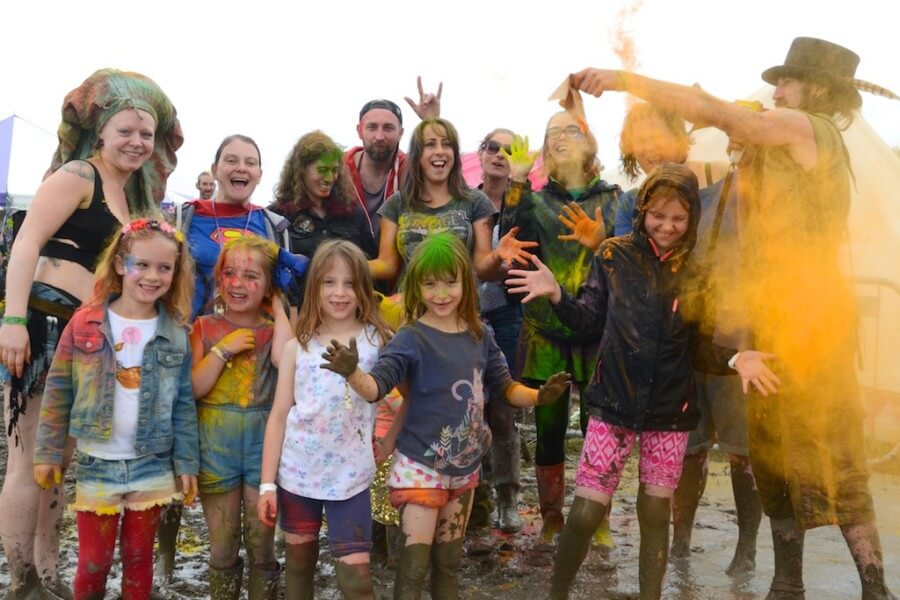 The fake dreads were fun and you could plait them in and out easily, and stopped the girls asking to get real dreads all the time… My girls got theirs done at Farmer Phil’s and kept them in for weeks after they got home. Glitter faces were an essential this year – we did them ourselves to escape some of the ridiculous prices we saw. All you need is vaseline and a pot of glitter! 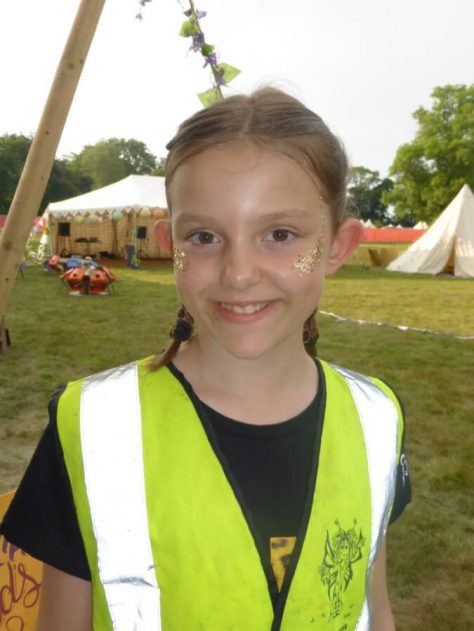 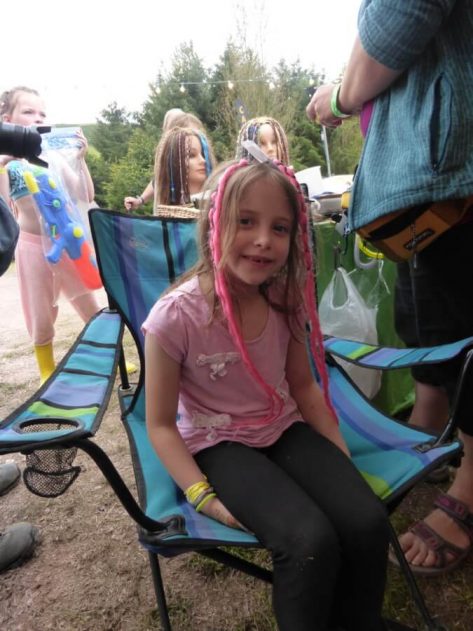 Tails are becoming a must-have item for festival children – so why not get some fur and make your own? We thought they were worth the money – especially as they wore them all through the summer, and played endless chasing games. If you don’t have the time to make them there were plenty on sale to choose from. Charlotte and Amelie wanted to be foxes and Eloise went for the Dr Seuss look! 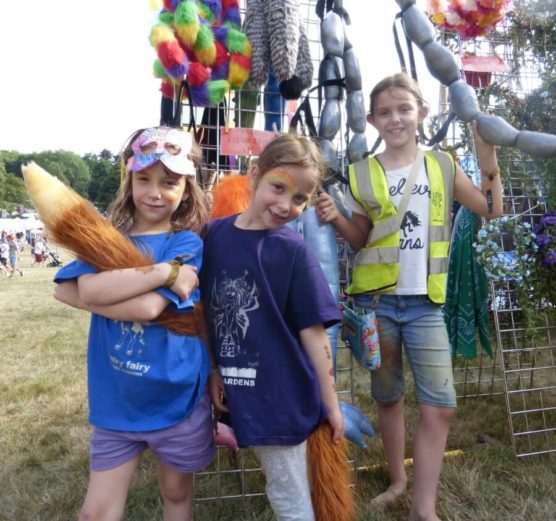 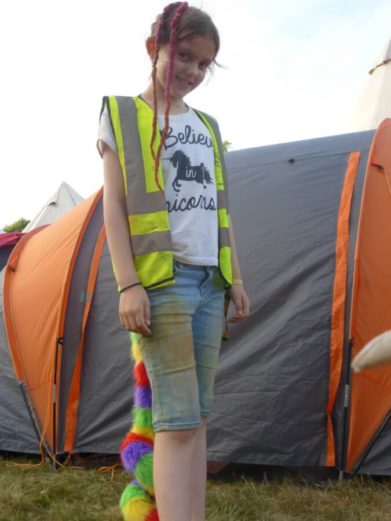 But of course festivals are a place where your imagination can run free – and we loved spotting all the home made elaborate costumes – my advice is to start on yours now for next year! 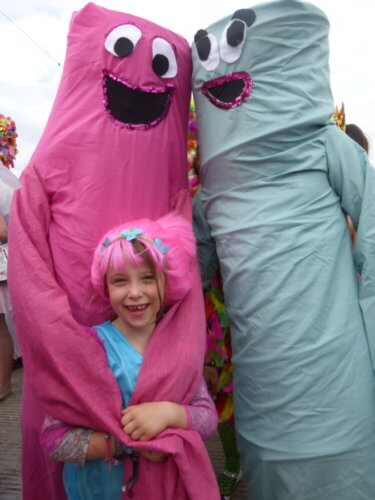 This year we went mushroom foraging through the Shropshire hills near Farmer Phil’s and learned enough to pick and eat our own! We also learned how to catch the edible clams in the Shambala lake (but weren’t brave enough to try them and threw them back!) 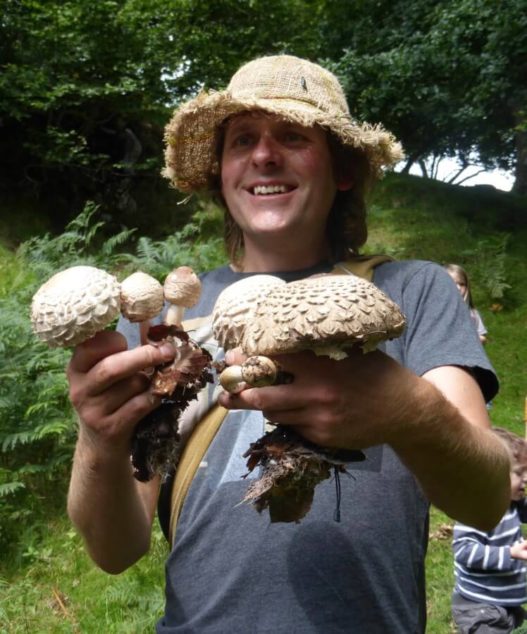 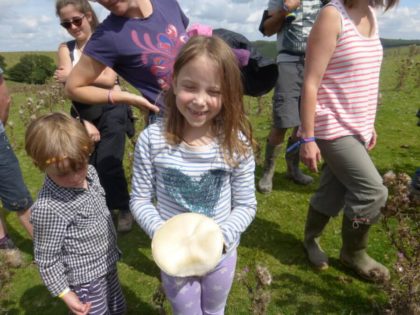 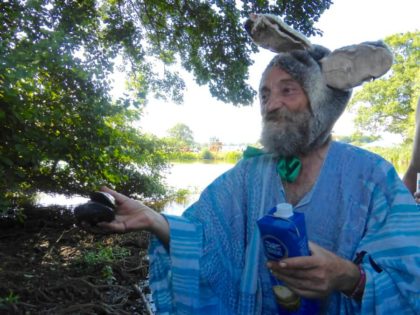 Wild clams from the Shambala lake

The diabolo and other skills

We went to quite a few smaller festivals this year, so less trudging around to see acts meant we had more time to brush up on some circus skills. This year we all got into the diabolo, and with some tuition from Panic Circus at Farmer Phil’s we were spinning like pros by the end of the season. Eloise can now do enough tricks to provoke cries of ‘wow!’ – which makes her very happy. (Tip: Go for a triple bearing diabolo if you want to learn all the tricks)

My children spent the summer learning the ukulele, and they can now play a few tunes! Eloise even entered the Angel Gardens talent show. She also found a love of looking after younger children this year, and I often found her looking after the little ones in the kids’ field and helping out with storytelling.

Festivals are always good for getting my urban children out in nature – they did loads of tree climbing and at Valley Fest we learned about growing our own food, including apple tree cultivation; good for someone like me who has trouble growing things, and good for the kids who chomped on fresh fruit and vegetables all day!

We spent a lot of time in art workshops – making mosaics, moulding clay, painting and just generally getting messy. 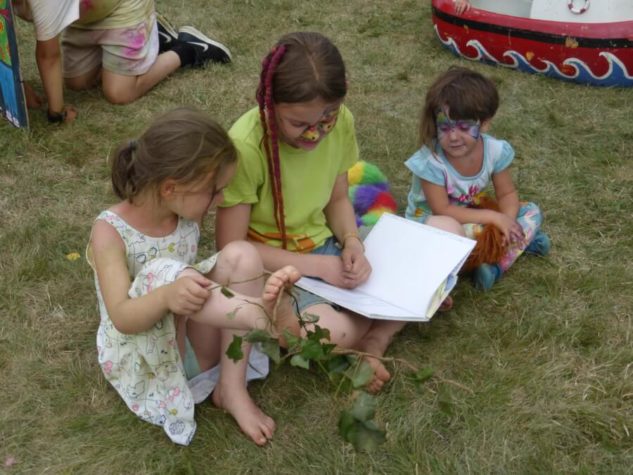 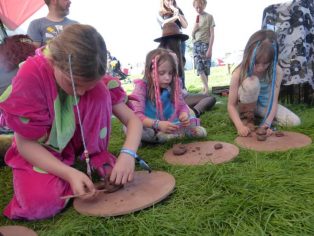 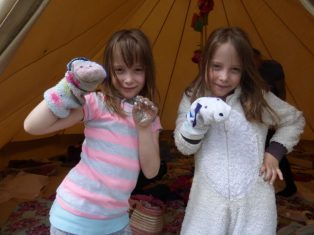 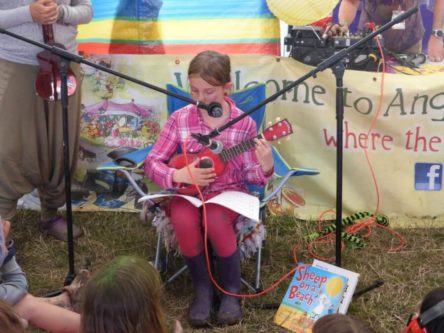 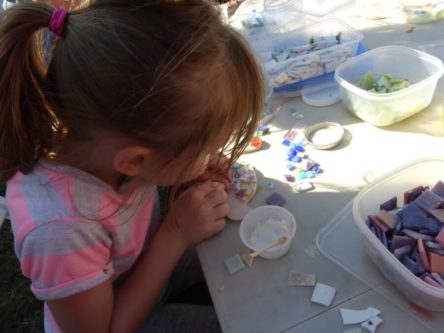 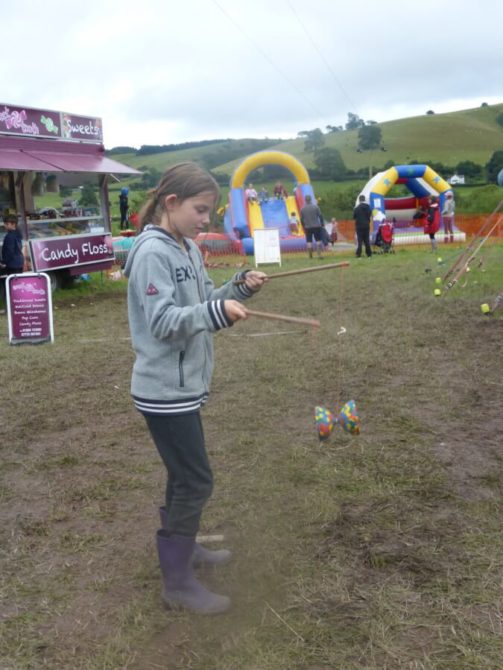 And of course… the mud!

We can’t talk about 2017 without talking about the mud. We ended up barefoot and squelchy, and even my most fussy child decided to give in to its squishy fun. 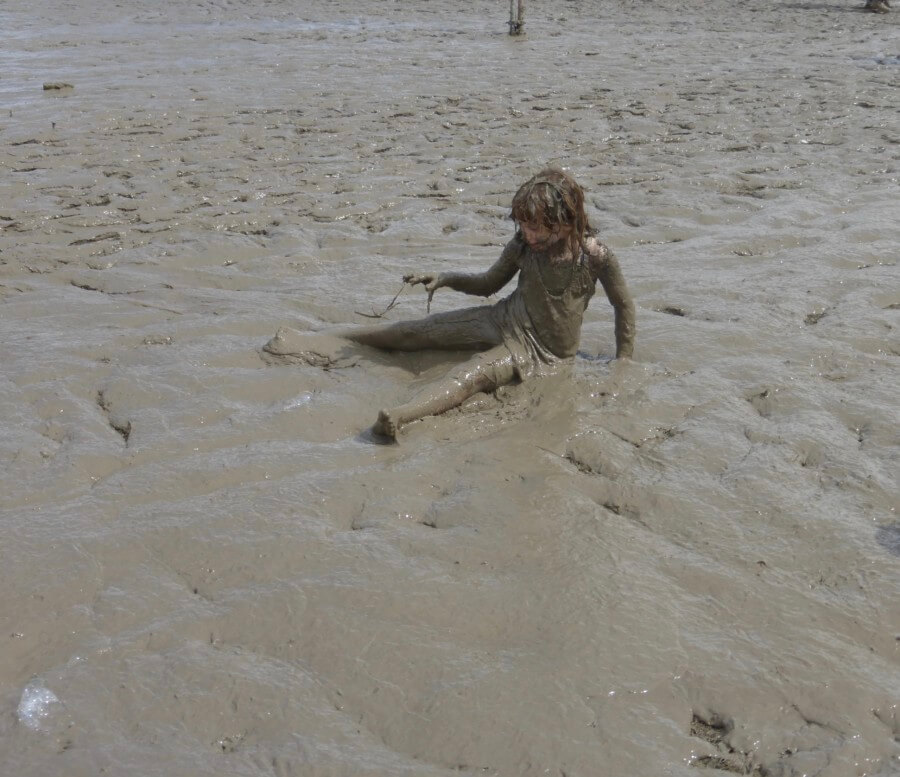 So what were your highlights of 2017? And don’t forget you have until 31st October 2017 to vote for your favourite festivals in our people’s choice Festival Kidz awards!