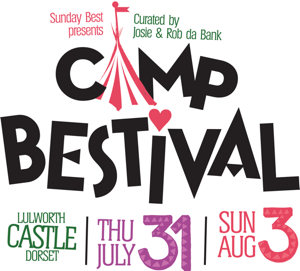 We are so so excited about Camp Bestival 2014! There is so much going on for all the family that I don’t know how we are going to fit it in!

Firstly the music, as usual for Sunday Best Productions there is a stellar line up including Bassment Jaxx, De La Soul, James, Johhny Marr, Laura Mvula, Pop Will Eat Itself, Chas and Dave and many, many others  as well as the obligatory DJ Sets from Rob Da Bank and friends.

Its not just the music though, there is comedy from Milton Jones, Pajama Men and Comedy 4 Kids to name a few, Theatre and shows from Horrible Histories, the legend that is Mr Tumble, the ever popular insect circus plus so many more I won’t be able to fit onto this page.

For the children there is something for every age and stage. From the Breastival Mother and Baby chill out and under fives soft play area for the tinies, along with a bouncy castle, circus skills, bikes and go carts in the Upper Kids Garden and lots of space to charge around in, the tinies are well catered for. 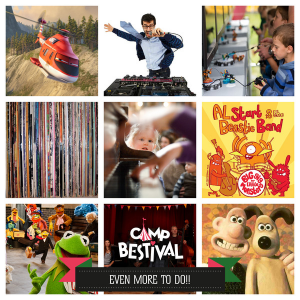 But thats not all! As part of Camp Bestival’s passion to get everyone connected with Mother Nature and the wonders of the great outdoors,  the National Trust will be bringing the 50 things meadow to Lulworth Castle, giving kids a brilliant taster of their amazing ’50 things to do before you’re 11¾’ initiative. As part of the wider Project Wild Thing Camp Bestival takeover*, the meadow will introduce kids to the kind of exciting challenges and carefree adventures they can have throughout the summer holidays. Being huge fans of the great outdoors this will definitely be on our list of must dos! 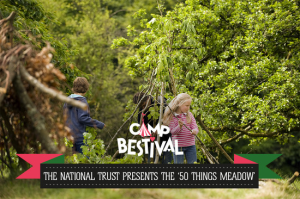 Disney will be attending the festival with an interactive fire truck to celebrate the launch of Planes 2: Fire and Rescue, and will be demo’ing a brand new augmented reality game that will be located within it for guests to see themselves simulated on screen as their favourite characters Dusty and Dipper.

Parents want to relive their raving days? Look no further, Big Fish Little Fish are hosting their raves for big kids and little kids, we can’t wait for that!

For ages 13-17 a brand new area called The Den will be the place to be! Think of a festival within a festival, new and emerging talent in the form of DJS, artists, comedians and authors and talks.

One thought on “We’re all going on a Camp Bestie holiday!”