I was delighted to be invited back to Festival on the Farm this year. The wonderful setting of Gressenhall farm and workhouse is a place close to the heart of any Norfolk school child who has attended a Victorian day while at school and has evolved into one of the best tourist attractions around with a working farm, workhouse, play area and delightful grounds. 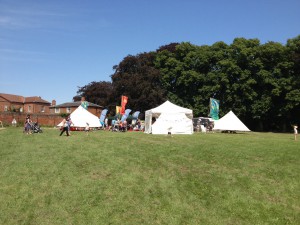 We arrived at around 2pm this year, later than last year but this was due to the fact I needed another pair of hands so I dragged my mum along to help!

After a short walk from the car park we came to the open area where Goodies Explorers had their stall with seed planting, clay and story telling, we spent about half an hour here as Eila joined in with the story which followed with the tasting of various fruit and veg (she tried courgette and said it was yummy) the Goodies gang were brilliant, chatting and interacting with the children and it was great to see a wide age range of children fully engaged in the food tasting activity. All children got a goodie bag with samples of snacks in and a colouring sheet so big thumbs up for that. 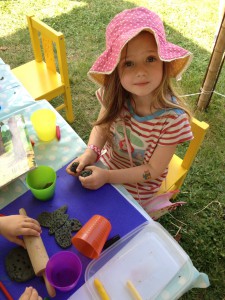 Also in this area was a caravan theatre which put on mini shows every 5 minutes, 2posh2pitch boutique camping service had a few of their bell tents set up for people to shade under, a marque with craft activities that looked constantly busy and a story telling tent where the author Karen Clarke was reading her books “goat in a coat” and “giraffe in a scarf” being a huge fan of books I bought both books for the children which she signed for me. 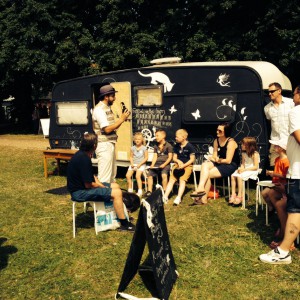 Further along was the Kiddy Cook tent where they had pre bookable sessions for Gruffalo cooking, we didn’t do this as I thought it would be too late to book for the last session once we got there but I would imagine it was very popular.

Around the side of the workhouse were stalls from the local horse protection group and local bee keepers, Eila made a wax candle for £1 which she was extremely proud of. There didn’t seem to be as much there this year as there was last year but I wonder if that was because of the time we arrived, we missed the drumming work shop and fairy land trust activities from last year. 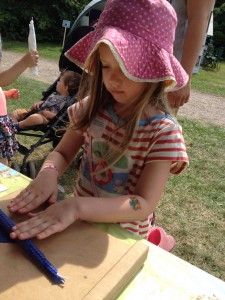 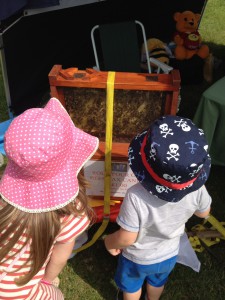 In the main square of the workhouse there were more stalls with local crafts people and the brilliant market marquee where I met Jo Balfe the owner of The Nectar, purveyors of raw vegan food, having always had a fascination with raw food but having never tried it I was delighted to be able to sample a raw chocolate mousse made from cacao powder, natural sweetener, and avocado which I wasn’t sure about on the first mouthful but by the second I was hooked, I then bought a chocolate slice which both children wanted to try too, so Mummy had to share! 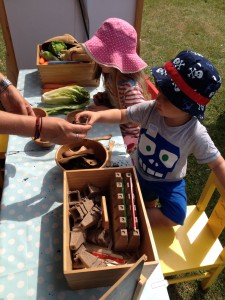 Last year the music was scattered around the site which I loved but this year it was confined to one space which I felt was a shame as it was nice to have different places to enjoy up and coming musicians, especially the small garden area just off the main entrance of the hall which was buzzing last year but empty this year. In general the event seemed a lot emptier than last year but again it may have been because of the time we arrived.

I found the only trouble with attending an event at a place which already has many fantastic attractions, is that the children are less keen to look around and would rather go in the fabulous playground which any child would quite easily spend the day in! Convincing them to try different things was a bit tricky so we had to encourage them to look around before heading to the play area. 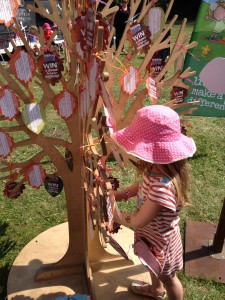 Overall we enjoyed this event but it did seem to be lacking this year with less attractions however I wonder whether this was partly due to the change in date (last year the event was in August) and some of the vendors were unable to attend or that they were experimenting with different things to see what worked, as I mentioned before there may have been things on before our arrival that we missed.

As always with any event I have attended at Gressenhall it was friendly, relaxed and safe and I will certainly be back next year to see what there is on offer but hopefully before that to enjoy the rest of the workhouse and grounds. How lucky we are to have this place on our doorstep.

Read more about Festival on the Farm in our Factsheet here.