We visited Jimmy’s farm last year for a family day out in the school holidays, it was a rainy day but we had a blast and knew we would have to go back again for a visit. 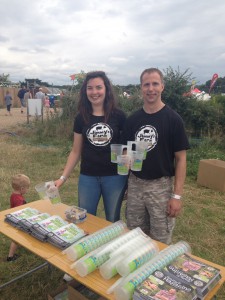 For the Sausage and Beer Festival the weather couldn’t have been better, it was bright and sunny with a bit of cold and was a friendly and buzzing atmosphere. Getting there was fairly simple but we missed the turning off the A14 as there was no signage however once we got there it didn’t take long to drive in and get parked.

On entering we were welcomed by some friendly Jimmy’s Farm employees selling programmes and pint mugs. I love the idea of reusable beer mugs at events as not only is it a lovely keepsake but it’s a way of keeping the site cleaner.

The main site was less than a 5 minutes walk from the car park, we could see the campsite hosted by Camping Ninja on the way in. I got chatting to the Lumley family from Cambridge who were camping and said that the camp site was pretty spacious, with fairly clean toilets (which were “a bit smelly” according to Olivia, 7) and shower facilities as well as a small bar and catering facilities.

There wasn’t much too do once the headline act finished at 9pm but they said that there was a social area created from hay bales for people to use but the majority of campers stuck close to their tents and chatted with friends. 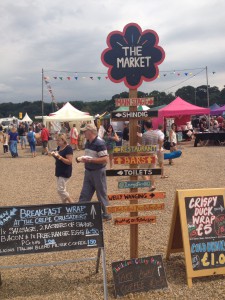 On entering the site, first there was the market area which was host to a huge array of food, drink and craft producers; to the right of this was the main stage area which was very spacious and never too crowded. On the opposite side was the farm shop and butchery, shop and restaurant with small activities such as sausage making on offer then past this the chipolatas area which was ideally located around all areas where the animals were.

I was really pleased to see that some areas were kept as is, such as the upper kids play area where the zip line is, as it made for really quiet chilled areas where you could just sit and look across the site. Also you could go into the woods for a wander, taking away from the main buzz of the festival, I always feel it’s important for festivals to plan in a non planned area for this sort of thing as sometimes you need something less full on (well I do anyway) so you can gather your thoughts a bit! 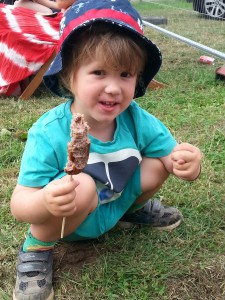 There was a large range of food on offer, mainly sausages funnily enough, from a number of local producers, I was pretty chuffed with Kelly Bronze Turkeys who produced lovely turkey sausages as I was able to feed both children for a fiver! Evan had a sausage on a stick with tomato ketchup and Eila had a hotdog, great food for kids.

Clive and I had hotdogs from another stall which were £4 each but had two sausages in each bun. Also on offer were chips, pizza and meatballs to name a few. You could get a Margherita pizza for £6. The children and I enjoyed a delicious ice cream from The Splitscreen Icecream again this was very reasonably priced and for excellent quality, £2 for each of the children’s vanilla cones and £3.50 for my blackberry and clotted cream cone. 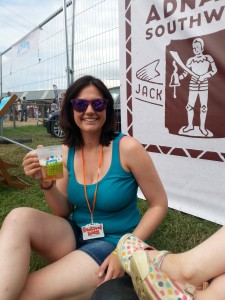 Obviously being a beer festival there was a huge range of beer on offer, and had we been there for the weekend I daresay we would have sampled more than we did! The Adnams stand were selling beer for £3.20 a pint or £1.60 a half which we felt was pretty reasonable.

Aspalls also sold their ciders at a similar price Soft drinks and water were available and Waitrose Ipswich were giving out small Cups of squash which the children loved. Cafe2u were providing hot drinks and normally I would try a coffee but it was far too hot that day.

The site is fairly accessible for all with paths suitable for wheelchairs and pushchairs. 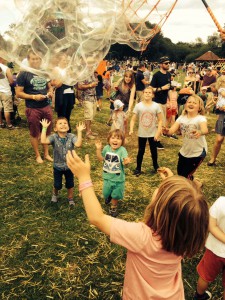 The kids area was really varied with many activities going on as well as the existing attractions such as the animal feeding area, butterfly house, fishing and woodland walks. The play areas are brilliant with the giant sand pit and recycled playground that all the children seemed to love.

The children loved the swingboats and the bouncy castle, Evan adored the turkeys and chickens, both were enthralled my the giant bubbles from The Flying Seagulls who looked and sounded fantastic but we kept missing their shows unfortunately.

What really struck me was how children of such a wide age range were all fascinated by these huge bubbles, something so simple but yet so magical for all ages. Hattie and Flora had animal mask making at their pretty little caravan, however I felt they didn’t really interact with the children much which was a shame. 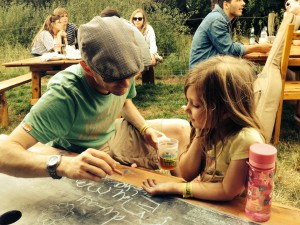 All fired up ceramics offered pottery painting for which there was an additional cost. There wasn’t a huge range of craft activities but there was a lot to do and you could easily spend the day down there and it was difficult to drag my two away from the kids area to look at other things!

A baby change area was provided with free wipes, antibacterial gel and nappy sacks, it was spotlessly clean and there was a sign requesting the doors to be kept shut to protect privacy. There wasn’t a specific place to feed a baby but I saw many mums felt comfortable enough to settle down and feed their babies wherever but I would expect to see this at any family friendly event.

We didn’t actually see that much music but we did pass by the main stage which was headlined by Dodgy on the Saturday and Matt Cardle on the Sunday and there was a small acoustic stage called The Shindig which was in the vegetable garden. This was a wonderful setting for a stage with people sat among the fruit and veg patches and the atmosphere was just incredibly relaxed, we would have loved to have stayed but two very excited children who wouldn’t sit still. We did however enjoy some local Morris dancers at the Adnams stand who were really good. 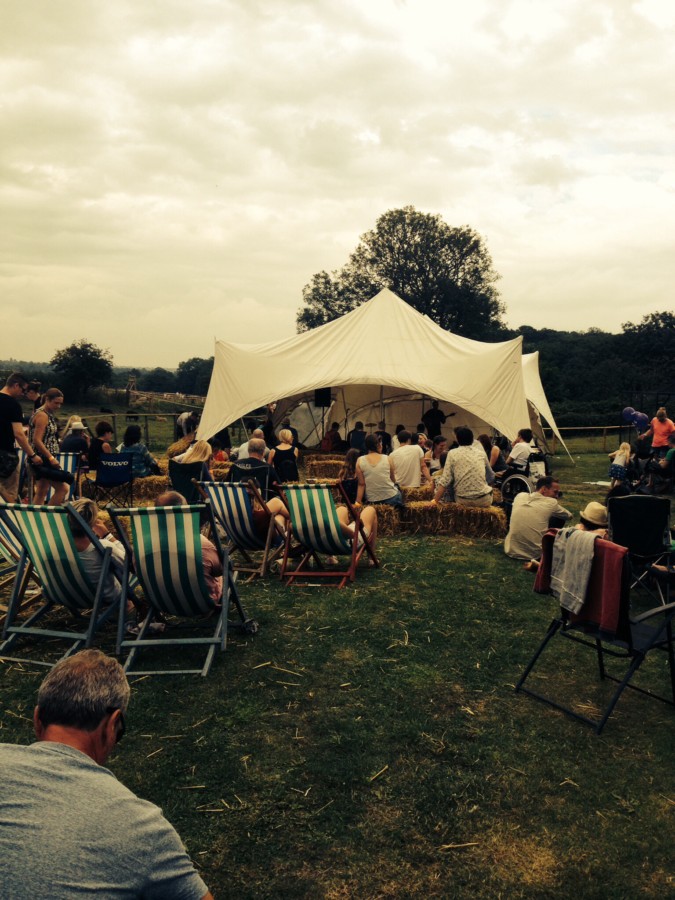 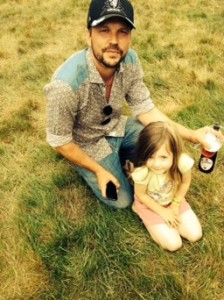 YES! Most definitely, there was a lot to see and do and I would have liked to have seen the Cookhouse demo stage and sausage eating competition.

These things aren’t so easy with the little ones but having seen generations of families there, we think that the grandparents would like to come too. In general this was a really lovely, extremely friendly festival.

Everyone was so polite and relaxed, it wasn’t too crowded and there were very few crew members. I was also lucky enough to bump into Jimmy who was wandering round the site, happy to stop and chat to people and so I told him what a wonderful event it was. He said it was great to see people having such a good time and was happy to chat and pose for a picture with my daughter.

One thought on “Jimmy’s Sausage and Beer Festival 2014 Review”