The biggest children’s festival in the country; Geronimo Festival moved home this year from Tatton Park, Cheshire to Arley Hall. I had never visited the previous place so cannot compare the two but the new site had plenty of room to cater for all ages of children, as well as the young at heart. With everything from free donkey rides and ferret racing (your children actually race the ferrets along human sized tunnels!) to large scale stunt shows and circus displays you will not hear the words “I’m bored” at any point during your visit.

We had a day ticket for the Saturday and upon arrival headed straight for the birds of prey where we made an owl mask and got covered with festival glitter ready for the day ahead. There were characters wandering round the site all day, from the recognisable Masha and the Bear to arty birds or giant giraffe puppets.

No queues to meet them, just wander over and say hi. Giraffe stroked, our next stop was the three foot and under section where we flitted from tent to tent sampling sessions such as “Move with Peppa” and “Baby Ballet” along with the ever popular Tumble Tots. We must have completed their circuit a dozen times, with the staff managing to look equally pleased to see us each time.

A hidden gem we hadn’t previously heard of was “Little Learners.” This tent was full of creative mark making activities using foam, paint and multi-coloured rice and was a lovely relaxing place for the little ones to get a bit of downtime and explore textures on their own.

After that though it was time for a total change of pace as we head over to the main stage to see none other than Andy “him off of wild adventures” Day and his dinosaur rap. Arriving in time for the end of Katy “her what does the cooking show” Ashworth’s fun and games, we settled in a fab spot centrally located and not annoying any of the other families who have been there since Justin “is there anything the man cannot do” Fletcher a couple of hours previously. Not that it mattered though as the second Andy appeared on stage my son was off.

Straight to the barrier like a groupie, with daddy running desperately behind him. It wasn’t just him either; – groups of mums taking selfies with Andy in the background and whole swathes of children captivated by the song “Australopithecus: Half chimp.” I must admit I fell a little bit in love during the show and was even more disappointed than my daughter when we found that the “volunteers” to go on stage had been selected in advance.

After that there was time for a few fairground rides (£1 a go) and a wander around the site looking at the rock climbing, caving and other more extreme provision for the older children before we reluctantly had to drag our children away from the nearest fort building area and head for the gate via a climbing frame and assault course.

As I did so I gazed longingly at the parents sipping a gin cocktail on a wicker chair as their children played creatively at their feet. How did they manage to find time to relax I wondered, without being constantly dragged into caravans full of skeletons and other museum oddities? They probably have weekend tickets my husband said.

Of course! Whilst Geronimo visitors are generally pretty local – going home each evening after the festival – with the move to Arley Hall the festival organisers have been able to introduce camping for the first time.

Camping at a festival can be so daunting “Will the family area be full?” “Will we be stuck next to loud people drinking and shouting all night?” “Will the toilets be clean?” but Geronimo Festival can eliminate the first two concerns at least, as you know that everyone on the small campsite are there because they are attending a festival for children.

Around half of the campsite was made up of teepees, cubes that looked like dice and pre-erected tents that you could book. With these you can unpack your bags and climb straight into the ready inflated airbeds to make the experience of camping with little ones even easier and more magical.

Now that is the perfect way to enjoy the festival. Head back to your tent for a mid-afternoon nap and take your time exploring every hidden corner; relaxing in hammocks between each game of crazy golf. 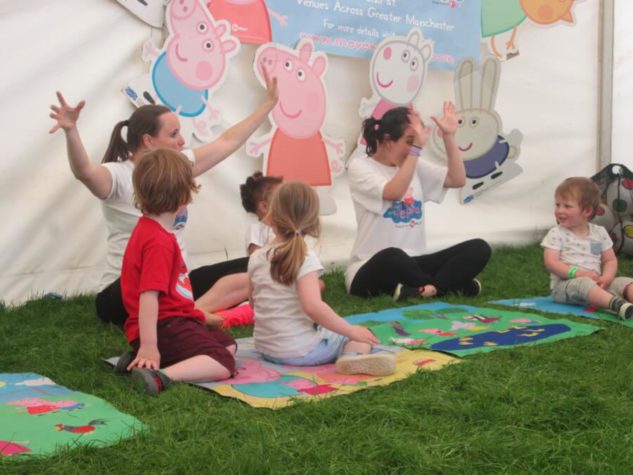 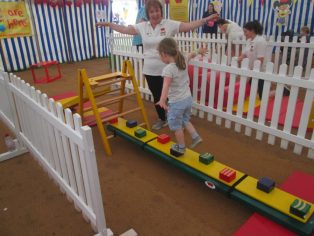 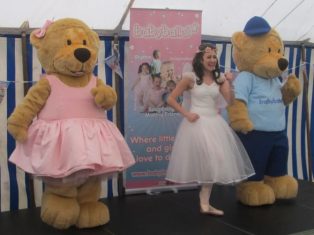 Taking part in a Baby Ballet workshop at Geronimo Festival 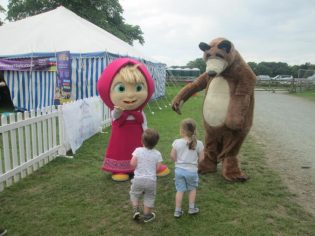 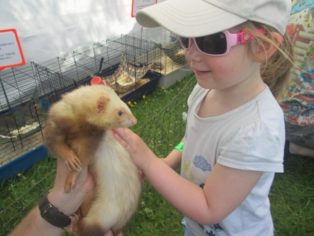 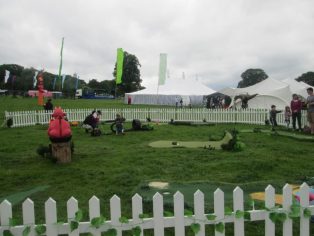 Oh and the toilets were fine. Nothing special, no larger cubicles to go into with a toddler, or put down a potty, but fine. The pink portable toilet I went in first thing even smelt of coconut!