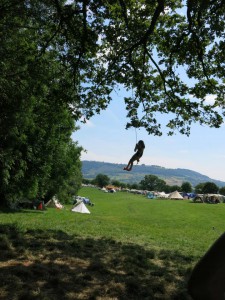 Reviewed by Romany and her family.

When you go to as many festivals as I do, it can become a bit of a chore. For me, it’s work – I spend my time wandering the arena with a critical eye, ready to report back on what it offers for families, always being aware of my ‘job’…  Unfortunately I forgot to ‘work’ at Starry Skies! I was so busy having a good time, enjoying and immersing myself in all it offered that I thought I was on holiday!!  In a way – that says it all.

When we were invited to review Starry Skies I had to do a lot of persuading to get my husband to agree to come. In fact, despite the masses of activities described on the website, even the kids seemed unenthusiastic. Having done 4 weekend festivals in the last 6 weeks was clearly taking its toll.

But persuade them I did, so as soon as school broke up on the Wednesday we loaded the car and set off for Herefordshire.  We arrived with minutes to spare before the gates closed for the night at 8pm!  Luckily for us, arrival was completely straightforward with no queues and just a few minutes later we were setting up camp in a great pitch overlooking the main action.

One of the first things I overheard our new neighbours saying was, “Well… It doesn’t look like we’ll be seeing much of the kids then… I’ve never seen them so happy!”.  Smiling to myself, I took this as a sign of things to come.

My girls quickly made friends with another neighbouring family and disappeared to explore the beautiful wooded site and within a couple of hours the field felt like home. Already I knew Starry Skies was something very special indeed.

Starry Skies is not so much a festival (although there is live music and a DJ set each evening); it’s more a family camping holiday with loads of organised activities laid on. We spent ages reading through the programme each morning to plan our day, only to be so caught up in enjoying the moment that we missed almost everything we thought we wanted to do! But that was the joy of Starry Skies… plenty for all ages and interests if you needed to be entertained, but the site itself was so beautiful and relaxing that you could quite happily do nothing at all!

The people at Starry Skies were all lovely, without exception, especially the family camped next to us. By the time we left we had swapped emails and forged a lifelong friendship, just as many other families had. 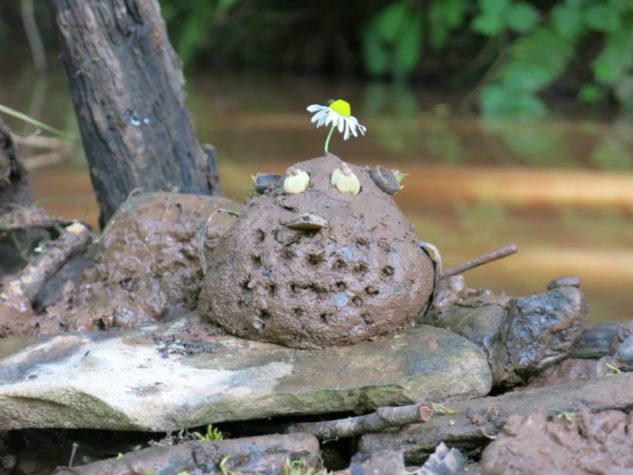 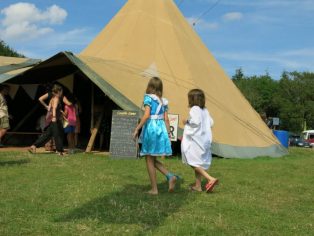 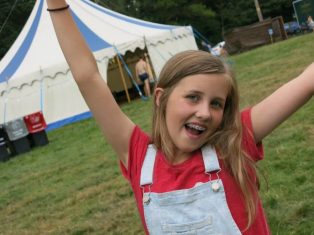 It’s hard to pick fault with something so good but if I have to pick something it would be on-site communication. The information was all there, just that it was mainly at the Info Tent. It would have been helpful to have been able to buy a printed or ‘lanyard’ programme. I had downloaded the programme onto my iPad but once it had run out of charge we were stuck and it meant going over to the info tent a zillion times a day to check what was available.

The other tiny niggle was the ticketing system for the Water Slide. This activity was very popular, so they introduced a system of numbered tickets. Unfortunately this did not appear to have been communicated to everyone so there were some children queuing for ages in scorching sunshine for a turn, only to reach the front and be told that it was tickets only… but that the tickets had all already been given out within minutes (i.e. to the families who knew the score because had been on the slide the previous day when the system was put in place!). A few kind families who appeared to have about 15 tickets offered a few of their spares to the disappointed kids which helped relieve some  tears but I never did manage to work out how to get hold of a ticket before they sold out, or how some families appeared to have tickets coming out of their ears… In theory the ticketing system was a good one – but it would have been better if everyone knew how it worked!

The toilets were pretty posh for festival loos, flushing blocks of chemical toilets with running water for hand washing. The freak heatwave meant that even these did get a bit whiffy at times despite being regularly maintained.

These minor negatives were however completely insignificant compared the the fantastic facilities and activities on offer. Before going, I’d been concerned that, at 9 and 11, my children would feel too old to join in with much. How wrong I was! Despite the majority of activities being tailored to the younger audience members, there was still plenty that they enjoyed. Highlights for them included Hammer & Nails, Art with Mia, Make a Fascinator, Clay, the Flying Fox Zip Wire, Stargazing and Forest School (which was split into age groups, including a special 11+ Cook Out). Being a bit older and more independent meant they also just loved going off in their gangs of new friends to explore, make dens, play on the woodland playground, build dams in the brook and hang out together.

Parents could indulge in some yoga, massage or treatments, a few drinks in the gorgeous bar area, coffee and cake in the Cafe or they too could enjoy some relaxing hangout time, knowing their children were happy and safe playing nearby. 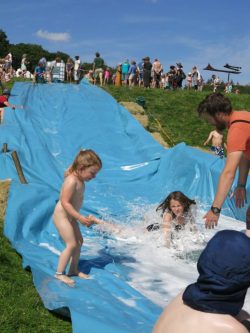 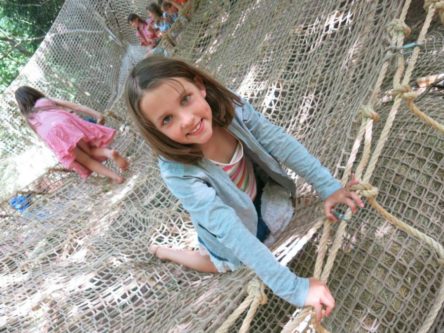 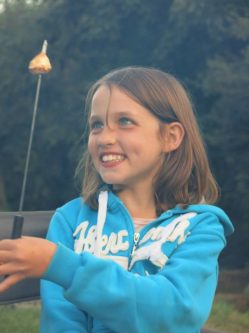 I saw Starry Skies as all the best things about being at a festival with my children, without all the less child-friendly aspects that make festivals with young children just a bit more difficult. At midnight the campsite was silent. No partying teenagers shouting across the campsite for their lost mate, Alan.  No thumping bass vibrating through the ground as I try to sleep at 3am.  No overcrowding. No overflowing toilets… No surly Security searching bags for alcohol and food and confiscating your kid’s drinks…

On the subject of food and alcohol, these were well priced and absolutely amazing! The food at Henry’s Beard Cafe was delicious, wholesome and varied. The bar prices were  reasonable(£4 a pint) with a popular selection of beers, ciders, wines and cocktails. The Cake Hole Cafe sold excellent cakes (all baked on site) and there was also a very well stocked pop-up local shop selling a great range of high quality foodstuffs and essentials at reasonable prices.

Free phone charging was available, as was ice-pack exchange, both on a first come first served basis.  You’d be lucky to get a chance to use these facilities though given the amount of people wanting to use them.

We did venture offsite one day and enjoyed wild swimming in the beautiful river next to Skenfrith Castle… The surrounding area is great for cycling and walking but the great weather meant most people were content to stay put and relax at Starry Skies. 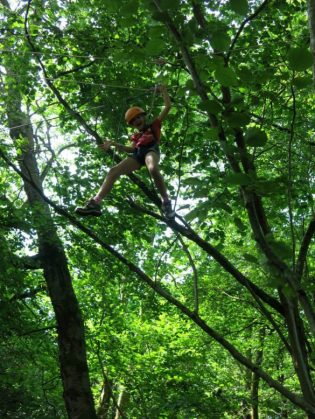 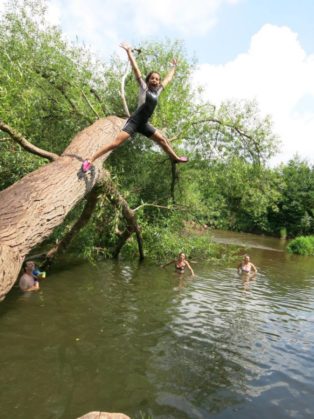 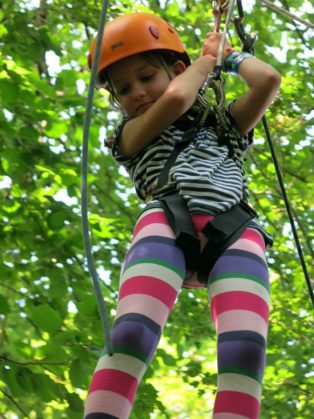 Depending on where you were camped, it could be a fairly long walk from the campsites for little legs, but drop-off points in the campsites made carting tents and luggage less painful. Wheel barrows were available too.  And when I say ‘fairly long walk’ I only mean a few minutes, nothing much by normal festival standards, just more than your toddlers might be used to if you’re not regular festi-goers.

Would we go again?  Oh yes, most definitely!  I only wish my children were younger so we would have more years before they really do outgrow it…

For more information about Starry Skies visit our Factsheet

One thought on “Starry Skies 2014 Review”