We all have our favourite festivals we want to return to year after year but there are so many festivals in the UK (and abroad!) that we haven’t tried. So this year we all picked a festival that Festival Kidz hasn’t covered yet.

In May Naomi is trying out the gorgeous Shindig Weekender. June sees Sarah checking out Woodlands Festival. In July Lisa R is going to the brand new Timber Festival, Kirsty is going to Port Eliot Festival and Christina is reviewing our first ever French festival, Enchanted Arts. Then in August Lisa M is going to Wickham Festival and Catherine is hoping to try out Victorious and Carfest.

Naomi’s first festival this year is this little one, The Shindig Weekender, in Somerset.

The line up is impressive for such a small festival, with some of my favourite ever festival acts including Soul II Soul, Jungle Brothers, Norman Jay, Mr Scruff, Dub Pistols, Plump DJs and the great festival veteran Mark Thomas.

It has a great community ethos, and with children’s workshops to teach them scratching, mixing, breakdancing and spraying paint we know the whole family will be entertained.

Sarah is hoping to pop along to Woodlands Festival in Kent this June. For the kids there will be a range of arts & craft, along with woodland activities including treasure hunts, storytelling & bush craft adventures, as well as the Fabularium Forest Disco. An independent family friendly festival set in secluded fields surrounded by woodland all in aid of the amazing work of the Alzheimer’s Society & Macmillan Cancer Support. 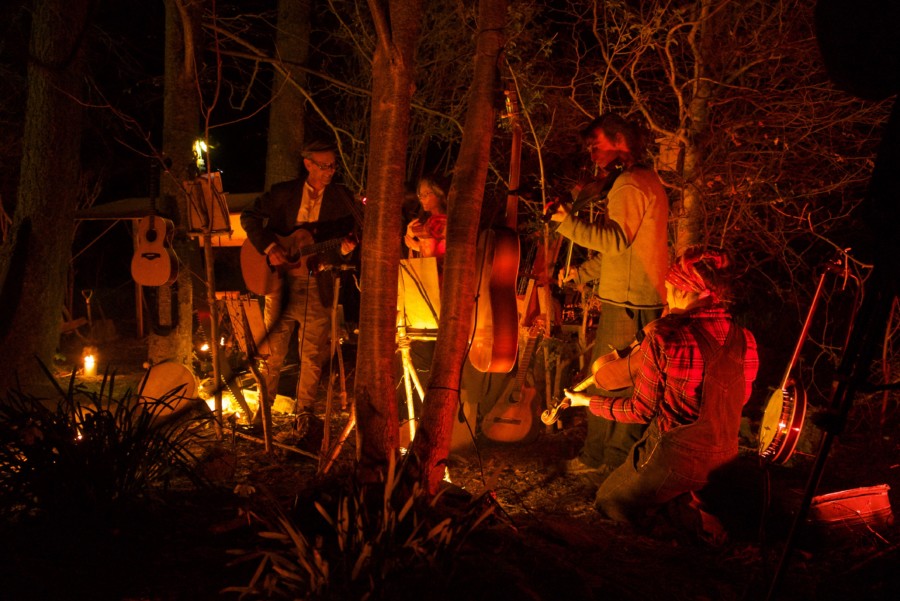 Lisa R is trying out Timber Festival, which is a new festival in the heart of England. Based 40 minutes drive from Birmingham yet situated in the heart of the National Forest. There will be live performance, feasting, bands around the campfire and many tree based activities for children.

Kirsty is going west for this years festival season, to try out Port Eliot Festival. The festival program is rammed full of music, comedy, literature, food, fashion. But that’s just the grown up end of the festival, hidden away in the woods is a festival within a festival, a magical little land for the kids with dance troupes, jugglers and interactive theatre. If anyone still has energy to burn after that there is archery, kayaking and wild swimming (with lifeguards) to be done, then bedtime stories read by the authors.

If there is one thing most of us could change about British festivals is the unpredictability of the weather. So, Christina is taking the opportunity to at least bag some rays of sunshine as well as some inspirational music and culture with just a short jump across the Channel. The Enchanted Arts Festival is a new family-friendly festival in France. Set in the grounds of a historic chateau, the festival spills over into the nearby village so you certain to get some full on French flavour to proceedings.

With a capacity of 1,000 it’s likely to be a laid-back affair. There is also the added bonus of the festival falling on the weekend of 26th-28th July when there’s a lunar eclipse. 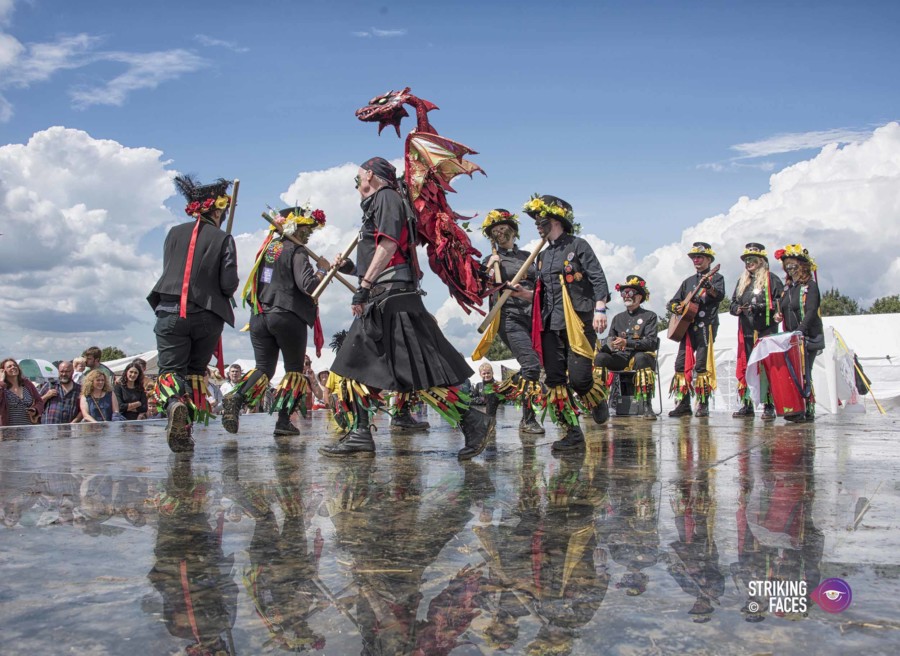 Lisa Mills is excited to try Wickham Festival for the first time this year. It looks incredibly family friendly with a wealth of fab children’s activities such as laser tag, bouncy castles and a digital funfair, all of which are completely free once you have paid for your ticket.

Its location, on the edge of Wickham Village, two miles from Fareham in Hampshire, makes it an ideal base to explore the local area in the mornings while the festival is waking up.

It’s known to be an incredibly safe, welcoming and friendly festival for all ages. To top all this, they have a stellar line-up that includes legends Squeeze headlining on the Saturday night. 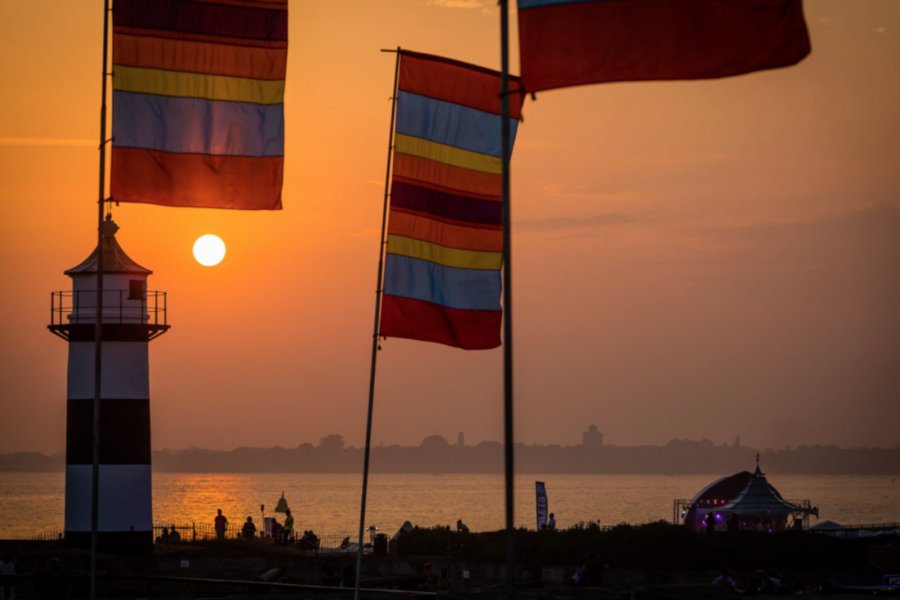 Catherine is excited about Victorious because it boasts an exclusive festival appearance from The Prodigy. She hasn’t seen them since Glastonbury ’95, so it will be a great blast from the past. Other headliners are Paul Weller (WOW!) and the Libertines. There are plenty of other huge acts over the weekend including Kaiser Chiefs, Shed Seven, Paloma Faith and many many more!

Considering the stellar line up, there is also due to be an incredible amount on for children. The Kids Arena line up hasn’t been announced yet, but last year they had shows by CBeebies favourites, outdoor pursuits, science workshops, various dance and drama classes, tonnes of history fact finding fun, parkour, Nerf wars – the list goes on and on. 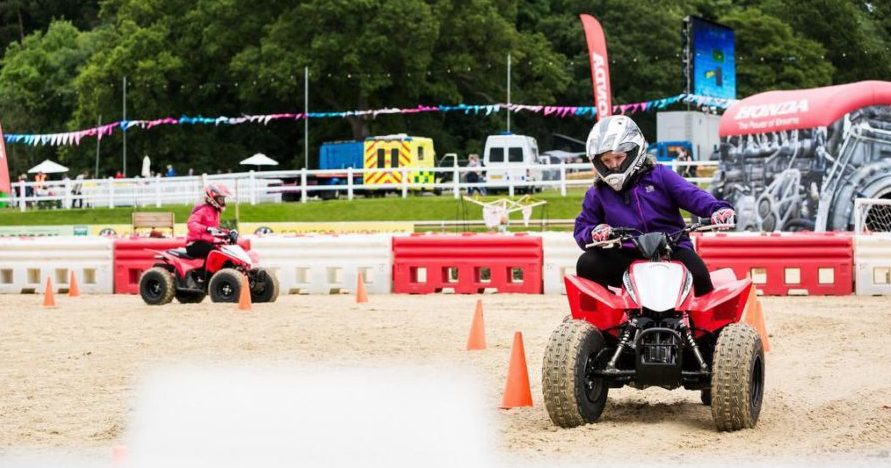 Carfest looks like a great event for families and this year Catherine hopes to check out Carfest South. Sunday’s headline act is a Carfest Supergroup which will comprise of The Feeling, Paloma Faith, Sophie Ellis Bexter, Gary Kemp and Beverley Knight.

Catherine is particularly excited about The Proclaimers and Michael Ball with Alfie Boe, Texas and there are many other great acts. She’s been enjoying listen to Chris Evans every morning to see which of his guests he will invite to perform.

The Farm-Olympics includes an incredible Sheep Show (live stage show) as well as Scarecrow displays, Vintage Tractors, Ferret Racing, and a classic Tug of war! Carfest South 2018 sees the introduction of a kids theatre which will have an impressive number of shows including a Roald Dahl show. Of course there will also be lots and lots of cars!

Which new festivals are you trying this year and why?