As it was not possible for one of the Festival Kidz team to attend Geronimo 2016, here’s a review from guest blogger Colette of We’re Going on an Adventure

We had an absolutely fantastic time at Geronimo Festival last year so had high hopes for a repeat performance.  You may have seen on social media that the Harewood House event at the start of the month suffered it’s fair share of problems but from what I’d read I felt that much of this had been aggravated by the poor weather and didn’t really expect any of the issues to spill over into this weekend’s Tatton event.

We arrived on site at around 10.15am and were directed to park on the grass to the right of the main drive way up to the house – if you’re not familiar with Tatton Park, be assured that this is quite some distance from the festival site and not somewhere we’ve ever parked before for events.  This was our first indicator that the event was going to be busy!  Having parked the car, we made our way up towards the site, following the sign posts through the courtyard and past our favourite play area before reaching the entrance.  There didn’t seem to be much in the way of queues, in fact the VIP / Press queue seemed to be taking longer to get through than the standard ticket queue.  Unfortunately that was probably the shortest queue we stood in all day!

As we made our way into the festival, Ben and Chloe started to get really excited.  They chatted about some of the things we had done last year and began to look forward to the day ahead!  From the moment you walk through the gates, your senses are assaulted by bright colours, exciting sounds and smells – you know you’re in for a lot of fun! 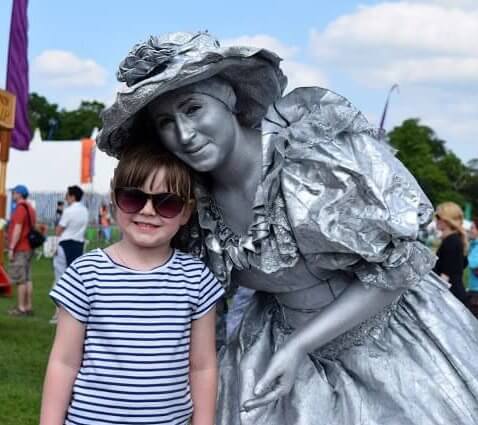 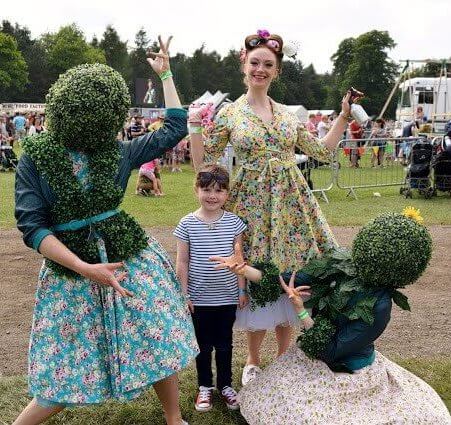 Although our phones were struggling for reception & internet coverage, we managed to find our friends at the main stage and sat down to enjoy Cook & Line’s performance.  The main stage area is huge but slopes down to create a sort of amphitheatre – there were plenty of people stood up in front of the main stage but further back, everyone was just sat in groups and could see really well.  It meant for a lovely, relaxed atmosphere.

We decided that, whilst we had a good spot and the kids were entertained by the Swashbuckle antics, we should get an early lunch – in part to avoid the long queues for food which seemed fairly inevitable.  Dave set off on a food mission and came back with a burger for Ben, chips for Amy and a hot dog for Chloe totalling a rather heavy £13! and then set off back for a rather posher burger for he and I, along with a second portion of chips – another £20!!  Next year we’re taking a picnic.  I know that food is always going to be expensive from event vendors but this was akin to day light robbery!  Luckily, our burgers were delicious and nothing was wasted so we felt a little better about how much money we had just spent! 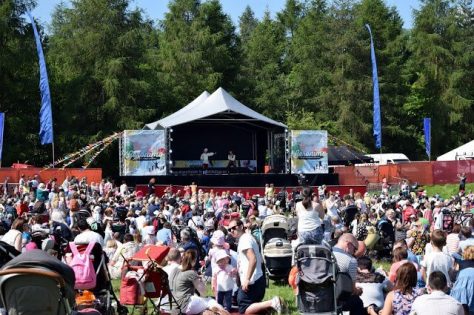 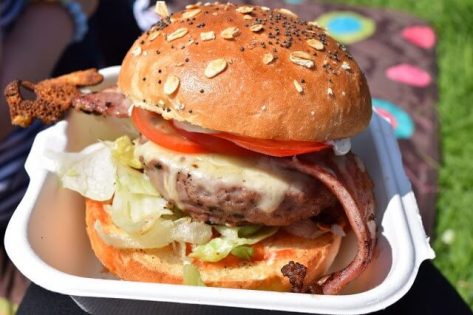 After lunch we set about exploring the site.  Everywhere we looked the queues were long – for the Helter-Skelter, the bouncy castles, the zip-wire, even the ice cream van.  I know we spent a lot of time queueing for the Helter-Skelter and zip-wire last year but it was much much worse this year.

Luckily, the kids were pretty patient – we gave them the freedom to choose what they wanted to queue for and whether they felt it was worthwhile.  They never complained.  There was so much going on on-site that it was easy to break up the queueing with other activities – watching the shows in the arena, the sheep display (which was an unexpected highlight) or exploring one of the tents. 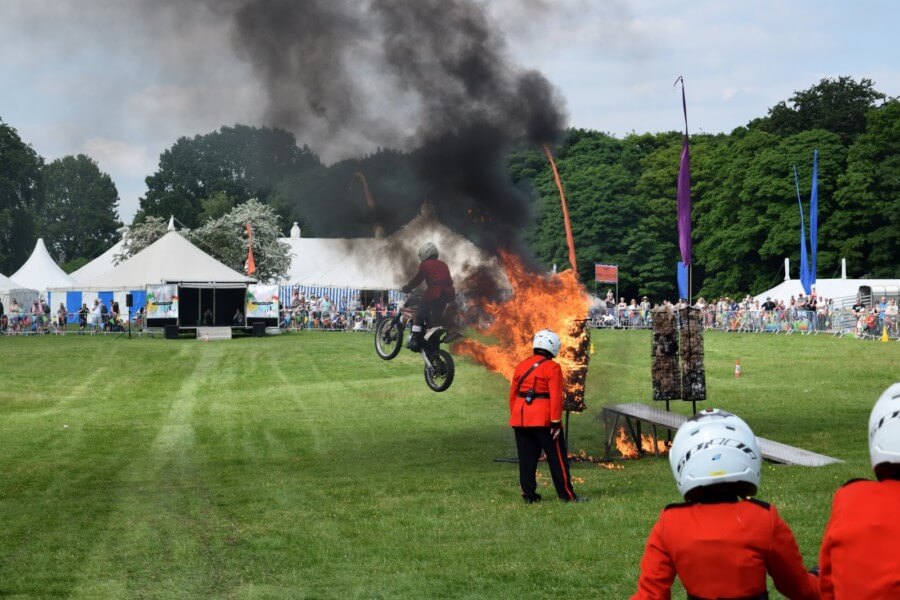 The boys absolutely loved the zip-wire and whilst we thought it was great that they got to have two goes (after queueing for about 90 minutes) we did think it was a bit odd that they were allowing single riders – I couldn’t understand why they weren’t checking the queue for other people who wanted to go alone – surely that’s just efficient management of the queue?  Niggles aside – I’m not sure who enjoyed the zip-wire more – Dave or Ben! 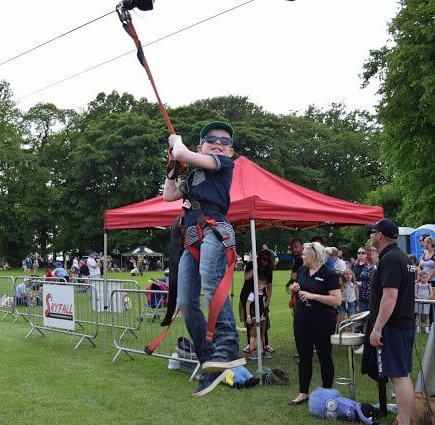 The girls were super patient while the boys queued for the zip-wire, we took them to sit down on the grass and they lapped up the sunshine and the chance to run around freely for a bit – the promise of an ice cream helped our cause no end.

This was something we rather regretted promising them when we saw the length of the queue for the ice cream van, however it’s not a day out without a 99 so we settled the kids next to the arena to watch the performance with Neil while we queued up.  £15 lighter (yep, that’s £3 a pop) and spent up for the day, we took the ice creams back to the kids only to find that Amy had fallen asleep in her pushchair whilst she was waiting.  Much as it goes against every fibre of my being to wake a sleeping child, we had to try if only because she’d have been gutted to wake up later and find that not only had she missed her ice cream but we couldn’t afford to buy her another one! 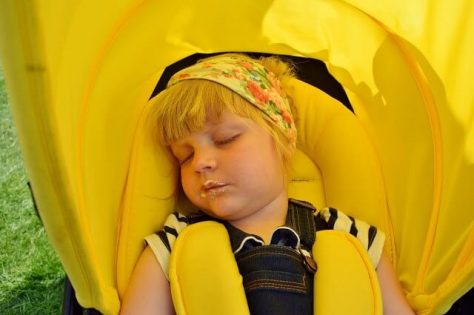 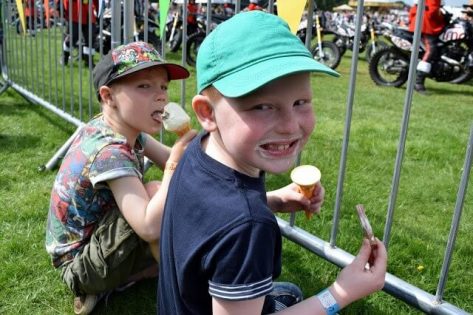 Once we’d had our ice creams we decided to queue for the Helter-Skelter – there’s no avoiding it really when it dominates the skyline! 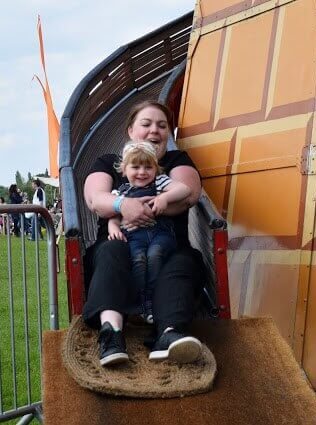 As we were climbing up the stairs inside, Chloe started to panic a bit and I was dreading her telling me that she didn’t want to go on after all!

Luckily, it was just the dark, rickety stairs that bothered her and once we got to the top she was perfectly happy to jump onto her mat and whizz down!  Amy absolutely loved the Helter-Skelter giggling and shouting “whooo” all the way down.  She later told me that it was the best bit of her day!

We struck lucky with the queues for the carousel and merry go round and managed to get pretty much straight onto those before heading the the Theatre Tent for some Jedi training.  The tent was packed and rather than “Jedi training” it was more akin to a Star Wars themed holiday camp party – which the kids loved!

To end our day, we popped into the craft tent – keen for a sit down if nothing else.  Sadly the tent was winding down and there was nobody doing face painting, floral crowns and so forth.  This was around 45 minutes before the end of the day so it’s not surprising to see things had been tidied away.  We managed to spend a bit of time making wooden spoon people though, which the girls got really into. 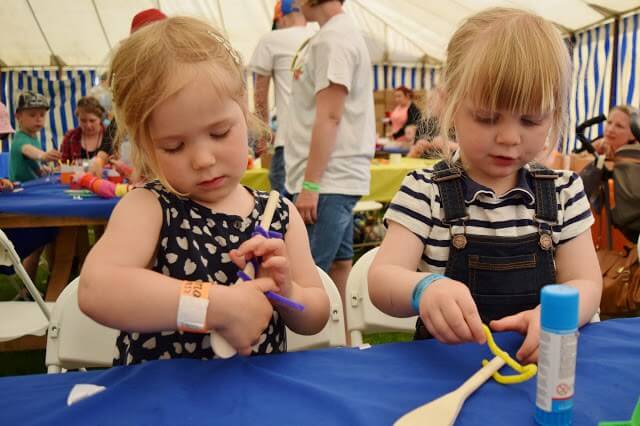 The last event of the day in the arena was a couple of sheep dogs (or should that be duck dogs?) herding ducks – which held considerably more entertainment value than I would have expected!  And with that it was done.

We were a little disappointed that the parade had been scrapped this year – we loved the way it lead everyone out of the site last year following that wonderful big bird.

Of course with so many people on site, you knew that the car park and traffic were going to be something of a headache.  We purposely stayed right until the end to try and let things dissipate a little and, as a result of parking so far away from the site itself, we actually didn’t do too badly when it came to getting out.

So all in all –  plus points for the event include plentiful toilets which were impressively clean, free suncream for those who needed it, an easy to navigate layout on site, and a wide range of things to do and see.  Niggles include some issues with the speakers on the main stage, inflated prices for food, and the amount of time spent queueing but that’s par for the course at a busy children’s event.

We had a really great day out and made some fantastic memories with our children.  Will we go back again next year?  I think so. 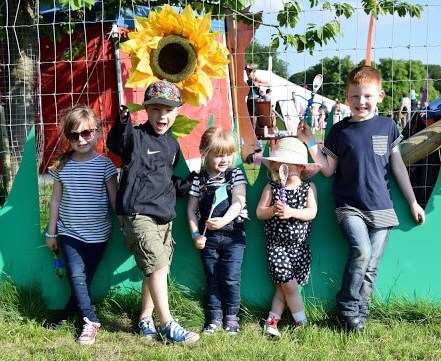